Allies Must Press US To Keep New Start: US Experts

Posted by Theresa Hitchens on October 1, 2019 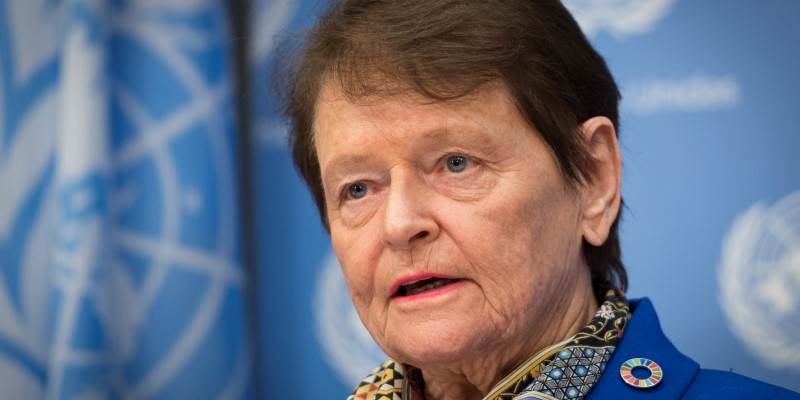 WASHINGTON: US arms control proponents are pleading with NATO and other US allies to more forcefully raise their concerns about a possible move by the Trump Administration to let the New START Treaty lapse.

“The single most important thing that our allies can do is to use every opportunity for communication with President Trump, whether it is face to face or over the phone, to say ‘New START matters to our security, to the security of the alliance, to the cohesion of the alliance,” Tom Countryman, former assistant secretary of State for international security and nonproliferation, told a group of US and allied arms control experts Thursday evening.

Even though John Bolton — whom Countryman called a “serial assassin of arms control treaties” — has left the White House, US experts believe there is still a strong chance that the Trump Administration will fail to extend the New START treaty with Russia when it expires in February 2021. (Bolton himself bemoaned the rise of isolationism in the White House during a Sept. 30 appearance at the Center for Strategic and International Studies.)

The Trump Administration has been waffling on whether it will pursue a five-year treaty extension (that does not require Senate ratification) with Moscow. Instead, President Donald Trump has ordered his staff to begin work on a possible new trilateral nuclear arms control treaty that would include China — as well as cover sub-strategic weapons (of which the Russians have more than the US) not now covered by New START. Of course, China has soundly rejected all efforts at strategic arms treaties for decades.

Allies, particularly in Europe, are seriously concerned about the knock-on effects of the collapse of the only remaining treaty limiting US and Russian nuclear arsenals. Even the United Kingdom, traditionally the staunchest US ally, has made clear its support for a New START extension.

During Strategic Command’s annual conference on deterrence last month, Angus Lapsley, director general of Strategy and International at the UK Ministry of Defence, said London intends to “protect” New START: “A commitment to arms control is critical to maintaining maintaining the cohesion of NATO and help build trust even among rivals.”

In particular, the allies are worried about the effect of the end of New START on the multilateral Nuclear Nonproliferation Treaty (NPT). The 1970 NPT pledges all signatory countries beside the so-called P5 nations — the US, UK, Russia, China, and France — to forgo the development of nuclear weapons, in exchange for promises by the P5 that they eventually will give them up.

Only five countries have not signed the NPT:  India, Pakistan, Israel, South Sudan and North Korea. However, countries without nuclear weapons have been increasingly agitated by what they see as foot-dragging by the nuclear weapon states on their end of the bargain. The NPT itself is up for review next year.

Bruce Blair, co-founder of Global Zero and a long-time proponent of nuclear disarmament, said that while US allies are traditionally loathe to publicly chide Washington, NATO countries are now “having a free-wheeling debate” about the future course of European security in the face of what they see as an increasingly unreliable and isolationist America.

“One of the silver linings of the Trump Administration has been that a lot of the conventional, standard positions that have been expressed by our allies have no resonance any longer in the context of chaos,” he said. “And the environment is very ripe for a very candid discussion about the roles of the NATO allies, US leadership and the future of arms control.”

The meeting, at the Norwegian Embassy here, was part of a US visit by the Elders, a group of former heads of state and senior United Nations officials — originally formed by South Africa’s Nelson Mandela — who work together for peace, justice and human rights. Current members include former Norwegian Prime (and defense) Minister Gro Harlem Bruntland and former Irish President Mary Robinson.

The Elders are publicizing a newly developed plan for how nuclear weapons states could take near-term steps towards nuclear disarmament, Bruntland told the meeting. It includes four key tenets that she called “the 4 D’s:”