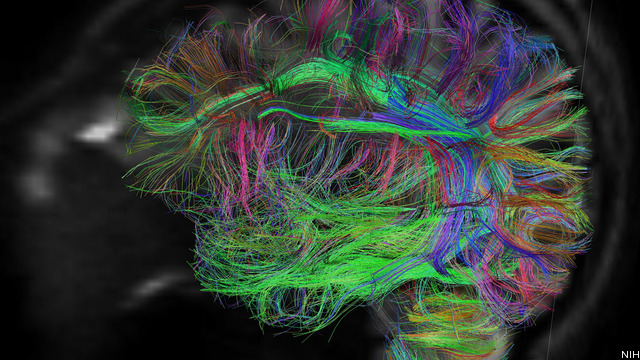 NATIONAL DEFENSE UNIVERSITY, WASHINGTON: It took 10 years for US troops to become expert on Afghanistan, and they still meet ugly surprises, like the ongoing spate of insider attacks by those they believe to be their allies. For the next war, the Army wants to fast-forward right past that long and painful learning curve.

So top generals have become increasingly intrigued by new developments at the intersection between psychology and neurology, driven by advances such as DNA testing and MRI brain scans. This emerging “decision science” offers the potential to better understand how people think in cultures around the world — before unexpected violence catches Americans lethally off-guard.

“This is probably one of the more important areas,” said a four-star general, setting aside the official agenda to delve deeper into decision science during a recent conclave of top officers at National Defense University. (Breaking Defense and a few other media were allowed to attend on the condition they not quote anyone by name). It was a gathering so packed with brass that mere two-star generals had to sit two rows back, while Army Chief of Staff Ray Odierno presided. A beleaguered briefing team from the Training and Doctrine Command was trying to plow on schedule through Powerpoint slides on everything from geopolitical uncertainty to “anti-access” threats to loose nukes, but it was the topic of brain science that visibly excited the assembled generals most.

“We look at [the world] from a US perspective, from a Western perspective,” the four-star went on. “We have to look at it through other people’s eyes.” As the military reorients from the protracted counterinsurgency in Middle East to relationship-building and crisis response worldwide, missions historically associated with the other services, Army leaders increasingly argue that their value-added in the new strategy is what Army Gen. Martin Dempsey, now Chairman of the Joint Chiefs, called “the science of human relationships“: Soldiers’ ability to influence friends, adversaries, and neutrals alike through sustained presence on the ground — which is after all where people live, not in the air or sea. But, warned the four-star, “if you don’t understand why someone’s doing something, you could pick the wrong tool to influence them or to change their behavior.”

“This is an area we must invest in, and it will be expensive,” added another general, in quite possibly the only call at the event for the Army to increase its spending on something instead of doing more with less. In particular, he said, “this ties in very nicely with our regional alignment [plan].”

Under that scheme, the Army will assign specific brigades to each of the military’s regional commands — starting with Africa in 2013, and expanding to European Command and Pacific Command in 2014 — to be on-call to send advisors, participate in international exercises, respond to disasters, and so on. The idea is that each “regionally aligned brigade” will have the time to study up on its assigned region before its troops deploy, train for specific real-world scenarios and learn the local languages, cultures, and geopolitics in advance, much as Afghanistan-bound units do now. But “Africa” or “East Asia” is a much bigger set of cultures to master than a specific province in Afghanistan.

“We can’t predict where we’re going to fight next,” said a third general. While it’s important to study specific cultures one by one, he said, the attraction of the new cognitive science is its potential to “boil things down to some extent to some commonalities that can be applied almost everywhere because of human nature.”

What is that universal insight? It’s that people are not only irrational — which any veteran of Afghanistan, or for that matter US politics, could have told you — but irrational in predictable ways.

The traditional model of human decision-making is the venerable “rational actor” model, the foundation of everything from free-market economics to nuclear deterrence theory. Treating human beings as rational is wrong, and everyone knows it’s wrong, but departures from “rationality” have been dismissed as inevitable but essentially random deviations from the rational ideal. Now, scientists are discovering that irrationality has underlying patterns of its own.

The rational-actor model is attractive, “but it doesn’t tell us about real people,” said Mark Edington, director of the Harvard Decision Science Laboratory, who briefed the Army conclave and then spoke to Breaking Defense on the record after. The last 10 to 15 years, he said, have seen “the emergence of new tools for the scientific study of behavior that allow us to systematically study things like emotion. That gives us the power to say, wait a minute, these things are not just distractions from a beautiful, elegant model, they’re part of who we are. They’re part of a more holistic model of the decision maker.”

That new model combines traditional psychological assessments with cutting-edge technology in genetic testing, MRI scans of brain activity, and a host of physiological telltales ranging from eye dilation and heart-rate to hormonal activity. A Harvard-led study out today, for example, made the counter-intuitive discovery that senior military and government leaders tended to experience less stress than their subordinates, not more, as measured both by subjective surveys and objective readings of the hormone cortisol. Earlier work surveyed by one Army officer has linked a particular gene to aggressive behavior under stress and shown how fear and anger affect people’s assessments of risk.

The Army has drawn on this new brain science in its post-9/11 campaigns against post-traumatic stress, traumatic brain injury, and suicide, but applying it to better understand decision-making in a healthy brain is a new and, frankly, inchoate area. Even in that sub-field, most of the work has been done on better preparing soldiers for combat stress, not only better understanding foreign decision-makers. “We do have a concept called ‘the human dimension,’ which is about soldier performance,” said one general at the NDU conclave, “but it is woefully inadequate. We’ve got a lot of work to do in our science and technology investment.”

“We have a huge amount of data,” said Edington. “Theory is now trying to catch up with the amount of data that we have.” No one’s promising a crystal ball into the minds of potential allies or adversaries. But Edington urged the Army to follow up its interest with real investment in the emerging field. If decision science lives up to its potential, he said, “then we have real power to understand and explain how people see the world.”