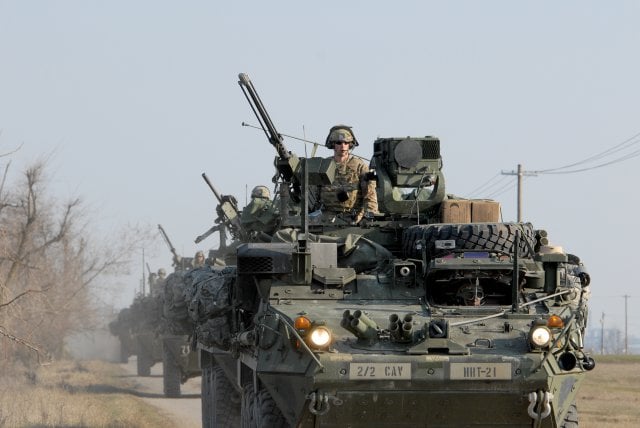 ARLINGTON: With Russians jamming Western GPS from Syria to Scandinavia, the US Army is rushing jam-resistant GPS kits to the 2nd Cavalry Regiment in Germany by the end of the year. The service further is already evaluating proposals for an upgraded second-generation version that will include an Inertial Navigation System (INS) as a fallback for times when GPS is completely unreachable.

Depending on how well the 2nd Cavalry likes Generation-1 and how rapidly industry can improve Generation-2, the Army could either field more Gen-1 systems, field the upgraded Gen-2, or even skip Gen-2 and go right to a Generation-3, the service’s project manager for Positioning, Navigation, and Timing (PNT) said here. Speed is crucial, Col. Nickolas Kioutas told the annual C4ISRnet conference here, with his office using Other Transactions Authority (OTA) contracting for Gen-2 to bypass much of the usual acquisitions bureaucracy. 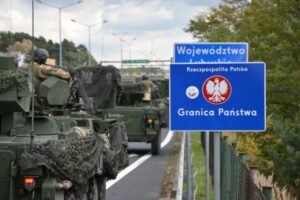 Instead of taking years to develop exquisitely complex systems, then try to field it to the entire Army over decades, the service is “doing much smaller, iterative programs,” Kioutas said, and quickly fielding small amounts of kit. Giving 2nd Cavalry a crack at the new equipment not only fills an urgent operational need — the brigade of 8×8 Stryker vehicles is the Army’s heaviest unit permanently deployed in Europe — it also gives the program rapid feedback on what works and what doesn’t. (2nd Cav played a similar first-to-field role with electronic warfare systems and the up-gunned Dragoon variant of the Stryker). Obviously the Army wants the new kit to work well, Kioutas continued, but the success of the whole program isn’t riding on this first iteration. “If that piece fails, then we fail cheaply” and can try again, he said, “instead of a program that takes 10 years to field… and maybe wasn’t what we wanted to begin with.”

“From an industry perspective… it is a paradigm shift,” said Aaron Mebust of General Dynamics’ recently acquired subsidiary GPS Source, which is building the Gen-1 system and competing for Gen-2. “We had to submit proposals in 10 days for a three-year program of record, [and] there were only about six requirements.” 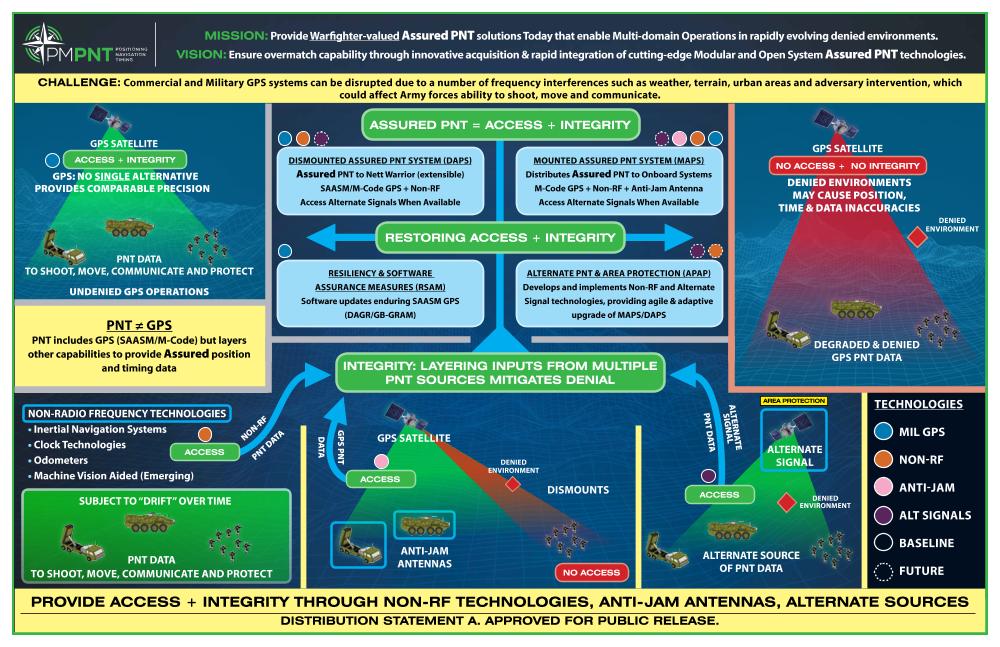 Army concepts for Assured Positioning, Navigation, & Timing (APNT) when GPS may be unavailable.

Why such urgency? Electronic warfare and heavy artillery are arguably the only areas where Russia is actually ahead of the United States. That’s because the US disbanded much of its offensive radio/radar-jamming force after the Cold War and neglected ground-based artillery in favor of air-borne strikes — using bombs and missiles precision-guided by GPS. The modern American military also depends on GPS to navigate, to track the position of friendly units, and even to provide the microsecond timing required to link up its radio communications networks.

Since the Global Positioning System is vulnerable to jamming, spoofing with false signals, or even the physical destruction of the satellites, it’s become a single point of failure that could cripple US forces. Hence the urgent investments over the last three years in what the military calls Assured Positioning, Navigation, & Timing (APNT). 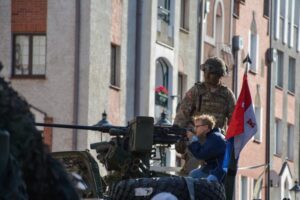 A Polish boy checks out a 2nd Cavalry Stryker.

What 2nd Cavalry is getting is officially called the Mounted APNT System (MAPS, a nested acronym — which, just to maximize confusion, is the same as for the completely different Modular Active Protection System). Mounted in the Army refers to soldiers riding in vehicles, from 2.5-ton unarmored Humvees to the 2nd Cavalry’s 20-plus-ton Strykers to 70-ton M1 Abrams heavy tanks. Vehicles can carry more weight and provide more electrical power than light infantry who have to fit everything in their backpacks, but vehicles can also more much faster and farther than troops on foot, so mounted systems generally need greater range.

Kioutas and company are also developing a Dismounted APNT System (DAPS) for troops on foot, initially feeding into their Android-derived Nett Warrior devices but ultimately into the new IVAS augmented reality goggles. His project office is also upgrading the Army’s vast array of existing PNT systems, which he estimates will take a decade to completely replace, and it’s developing GPS alternatives. But the Mounted APNT System is their first priority.

That doesn’t mean the Army has a refined and finalized formal requirement for MAPS, as is traditional for military programs, Kioutas emphasized. To the contrary, he said, the service is deliberately leaving requirements broad and open to change because it knows the technology is evolving fast and industry, not the Army, knows the latest advances.

“What we really want is industry to come and show us how,” he said. “We’re trying to change the model a little bit from where government went out and asked for exactly what we wanted and industry built exactly to that… We don’t know exactly what we want. Tell us how we should do this the best, and then we’ll test that.”