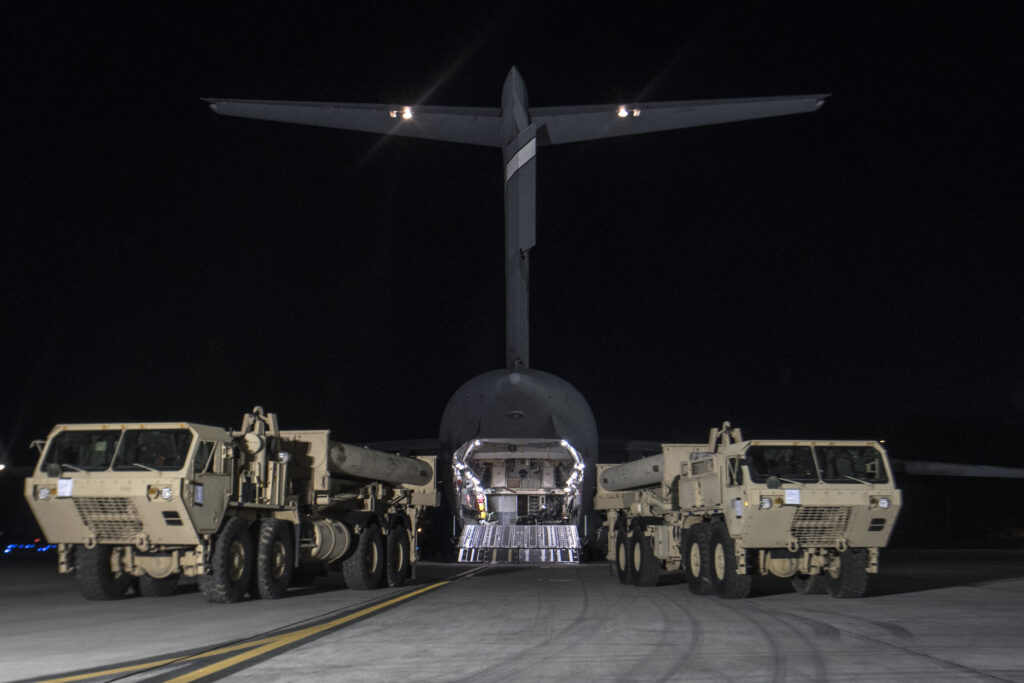 WASHINGTON: In a test with serious implications for the protection of US forces at remote bases, the Army today successfully intercepted a medium-range ballistic missile with the radar and other command and control systems well separate from the missile launcher.

The Terminal High Altitude Area Defense system, operating on remote Kwajalein Atoll in the Marshall Islands, was able to detect and track the target while an interceptor from a remotely-located THAAD launcher destroyed the target’s reentry vehicle.

The remote test is especially significant at a time when Pentagon leaders are working to spread US forces throughout the Pacific region more widely, often to smaller and austere bases. Those bases would often be within the range of Chinese medium-range missiles.

Location of Reagan Test Site on Kwajelein Atoll in the Marshall Islands.

That potential threat from Chinese batteries will only grow as Beijing continues to militarize small islands outside of its territorial waters, claiming them as their own.

“We are proud of this success and the US Army soldiers who executed this flight test,” MDA Director Vice Adm. Jon Hill said in a statement. “This test demonstrates the expanding capabilities of the THAAD weapon system and its ability to intercept and destroy ballistic missile threats in defense of our nation, deployed forces and allies.”

Friday’s test points the way toward what could be more of a mix and match approach to missile defense, including potentially using a THAAD radar to track targets for a Patriot interceptor, since THAAD radars can see farther than the Patriot system, allowing ground units to use PAC-3 missiles in scenarios where they would not have been used in the past.

The Missile Defense Agency said that soldiers from the E-62 Battery conducted radar operations, launcher and fire control operations while unaware of the target-launch timing, giving the test a more combat-like feel.

This was the 16th successful intercept in 16 attempts for the THAAD system. Several countries have already committed to buy it, including the UAE, Qatar, Saudi Arabia, while the US Army has operated the system in Poland, Romania, South Korea and Japan.