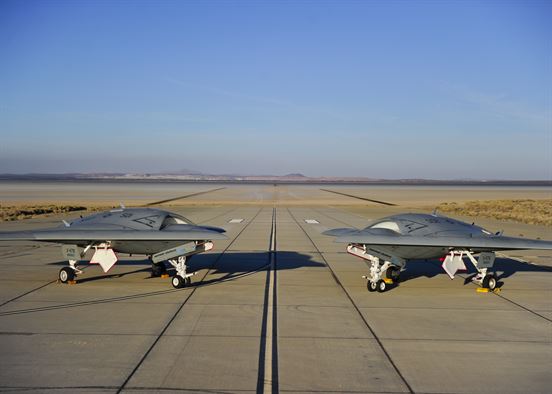 In an intriguing paper certain to catch the eye of senior Pentagon officials, a company claims that an artificial intelligence program it designed allowed drones to repeatedly and convincingly “defeat” a human pilot in simulations in a test done with the Air Force Research Lab (AFRL).

A highly experienced former Air Force battle manager, Gene Lee, tried repeatedly and failed to score a kill and “he was shot out of the air by the reds every time after protracted engagements.” All of the missile battles were executed beyond Beyond Visual Range.

“It seemed to be aware of my intentions and reacting instantly to my changes in flight and my missile deployment. It knew how to defeat the shot I was taking. It moved instantly between defensive and offensive actions as needed,” Lee, who oversaw the F-35A, F-22 and Global Hawk systems for Air Combat Command until 2011, said in an article published by University of Cincinnati Magazine.

That speed of action to be the key to the success of ALPHA, software developed by a tiny company called PSIBERNETIX. They seem to have overcome one of the main obstacles to artificial intelligence getting inside a human’s decision cycle: its ability to accept enormous amounts of data from a variety of sensors, process it and make decisions rapidly. A special application of “fuzzy logic” designed by Nicholas Ernest, PSIBERNETIX’s CEO, appears to surmount that problem. Ernest designed the system while a fellow at AFRL.

So far, the paper says, ALPHA  can handle over 150 inputs including “all positional, velocity, and acceleration states, estimated missile range data, visibility of each platform, bogey ratio, and number of shots taken by hostile platforms.” The system also controls “the motion and firing capabilities of each aircraft, with control over more complex sensors planned for future work.”

Ernest told me Friday evening that an obvious next step for his software would be for manned-unmanned aircraft teaming, such as the work the Air Force has begun doing on the F-35.

I shared the article about the test results with Dave Deptula, the first commander to fire a weapon from a drone and an early leader in the service’s commitment to unmanned aircraft.

“The capability described isn’t ready for prime time in a fighter yet, but it is just like any technology, it will advance way beyond current capabilities,” Deptula said in an email after reading the paper. “While it may be a while before it can actually be trusted to run autonomously, it may have great applications in: 1) providing inputs/advice to manned operators; 2) acting as the basic decision tools for UAVs when faced with a new situation and unable to communicate; and 3) acting in a more advanced state to coordinate swarms of UCAVs operating under a single operator, who can’t real-time manage all of them at once. A human can give general inputs and guidance to the swarm, and be confident that in general, relying on advanced computational capability, the swarm will behave as required.”

A key advantage of the fuzzy logic approach Ernest has taken with ALPHA is that the system can be proven safe, which would not be true with a true learning AI. “We can produce mathemical proofs that the AI won’t do anything bad,” he told me .

While the fuzzy logic program may spark excitement, it’s helpful to remember how much software has already accomplished — and how far it still has to go.

“For instance, there are already many examples where computer algorithms do things far better than human beings can. Try hand-flying an inherently unstable F-16 or B-2 without the fly-by-wire algorithms making thousands of corrections a second, and you’ll be a ‘smoking hole’ in no time,” says Deptula, now the head of the Air Force Association’s Mitchell Institute. “However, there are other areas in which computers alone can’t come close to what a human can accomplish from a complete system perspective—brain surgery; art; foreign policy, etc.. This technology, in the same way, will be able to do some things far better—or more effectively, or more efficiently, or all three—than a human can do…but that doesn’t mean it’s more advanced or less advanced than the human brain.  It’s just completely different.”

“The thing that’s scary… is that there’s no reason that the processing time and the reaction time from those (artificial intelligences) will not continually speed up beyond the human ability to interface with it,” said Roper. While the US will insist on human control of lethal weapons, even if that slows the response, others may not. “There’s going to be a whole level of conflict and warfare that takes place before people even understand what’s happening.”

Deptula worries not so much about how the speed of machine decisions but about human decisions, especially in the acquisition community: “The outstanding question is will our anachronistic, industrial age national security architecture be wise enough to restructure itself to capitalize on these kind of advances?”

Perhaps we can program computers to take inputs from scientific papers and Pentagon war games and offer recommendations on what we should build. Just don’t hook them up to 3D printers or the Terminator scenario may arrive more quickly than we expect.