Posted by Murielle Delaporte on April 3, 2018

RAAF BASE WILLIAMTOWN: The unique capabilities of the 72 F-35As Australia will buy are driving the close US ally to rethink and build new infrastructure to protect the aircraft’s highly classified stealth capabilities, as well as its data, Air Commodore Michael Kitcher said during a visit here.

The Royal Australian Air Force Air Combat Group Commander is guiding his country’s fundamental transition from a legacy fleet of fourth generation Hornets to the fifth generation F-35A fleet. And that transition is taking place within an even broader shift for the Aussies as they’ve added C-17s, KC-30As and Wedgetails over the past few years. The pace of transformation is rather breathtaking: if you thought that the five past years brought quite a change, wait to see what the next three years are about to bring about!

The challenges to transition and stand up two F-35A squadrons here over three years are enormous.  That’s why Kitcher emphasizes a realistic and focused approach. “We do not have to connect every player at all times with each other, but remain mission-oriented,” he reminds us.

Infrastructure
Welcoming F-35As has meant creating a brand new infrastructure whose main constraint is secrecy and data protection : “We started to address advanced capabilities and the associated security issues with the introduction of the Super Hornet, but the F-35 brings a whole new level in the required need to protect an information-centric platform.” 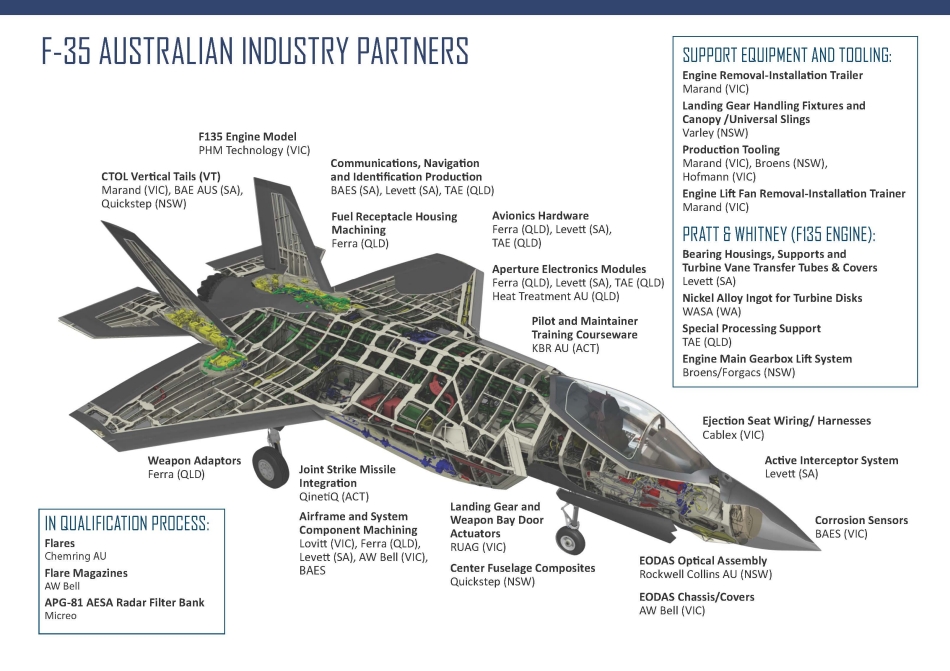 Training
To generate a purely Aussie F-35A capability, it is necessary to develop what Kitcher refers to as a “healthy training system.” They will take lessons learned and years of embedding with the US Navy, but they are also incorporating their much shorter work with the US Air Force. In that sense, the F-35A is a major – -and unexpected — game changer as far as the traditionally Navy-centric military relationship between the United States and Australia is concerned. 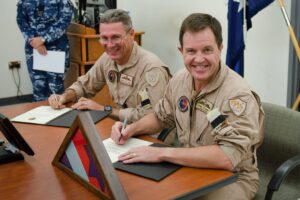 While they’re taking much information from the US, the end-result is that Australia is to use its new air assets in a different way from any of the US services. RAAF aircrew and maintenance personnel training takes place at Luke AFB, where pilots and maintainers from various parts of the world are embedded for three to four month periods. “This,” the air commodore says, “is key to creating the RAAF F-35A IOC capability,” as this blend of cultures and the ability to learn from US F-35 experience represent a fundamental change compared to the past decades that allows each F-35 country to develop its own tailored modus operandi.

Maintenance and sustainability
The third major challenge, one that may affect sortie generation, is the ability to sustain the F-35, more an information system than simply an airplane. The approach is once again to focus on what is real, i.e. to project the same type of manpower from the legacy fleet to the next gen, building the RAAF F-35 capability from a current base of  35 to 40 maintainers and six to eight pilots.  “The idea is to adjust as we move along. But transitioning with the same level of manpower, that, in itself, is a major challenge,” he concludes.

Put all of Australia’s air capabilities together — Wedgetail, Super Hornet, Growler, KC-30A and the F-35A  with Royal Australian Navy assets such as the new Air Warfare Destroyer and it’s clear the Aussies will be blazing a path of innovation that the United States and other allies can learn from.