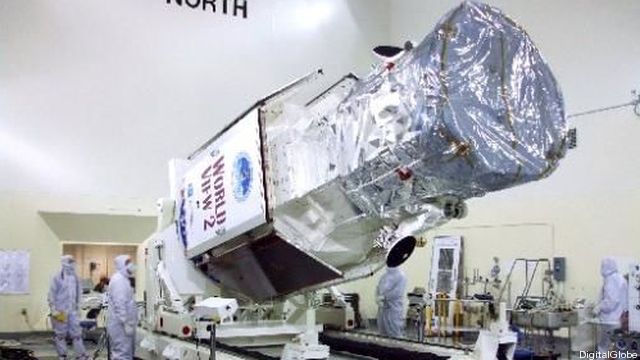 WASHINGTON: Australia used both black and white and multispectral satellite imagery from DigitalGlobe satellites shot on March 16 to search for the purported wreckage of Malaysian Airlines Flight 370.

A source familiar with the issues said DigitalGlobe supplied several types of imagery other than the black and white satellite photos. The Australians used multispectral but not hyperspectral imagery. Hyperspectral imagery might allow analysts to identify the material comprising the floating materials, I understand. 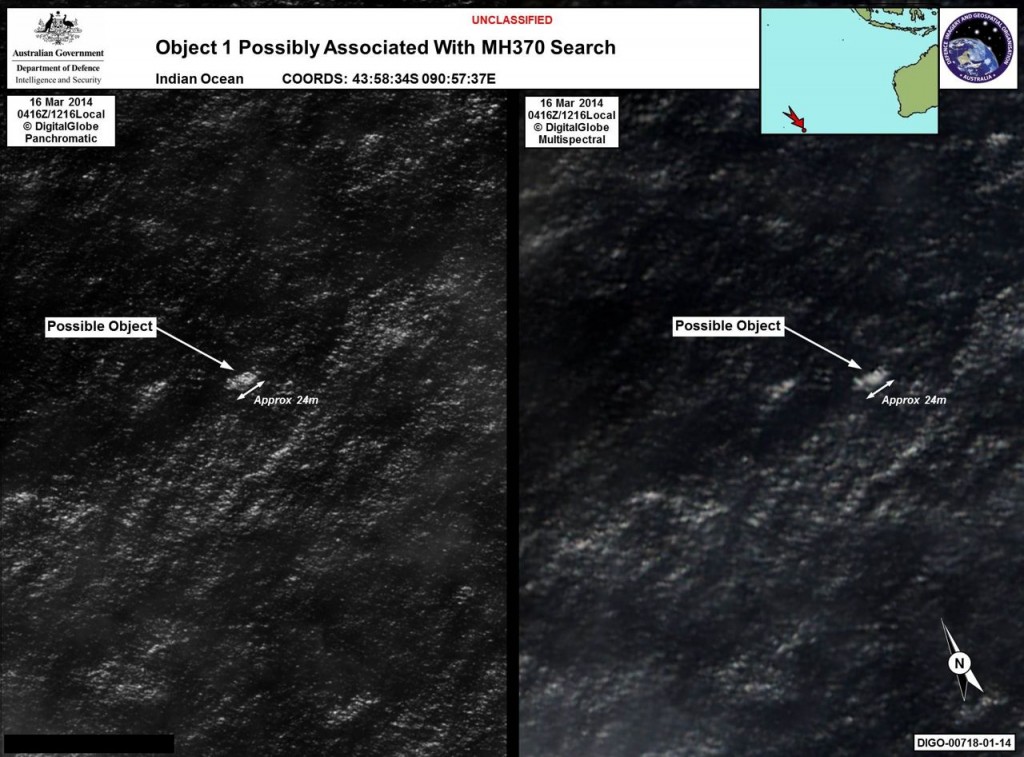 Company spokesman Turner Brinton confirmed that the images were supplied by DigitalGlobe but he declined to answer other questions about the imagery.

I contacted the National Geospatial Intelligence Agency (NGA), DigitalGlobe’s largest single customer, to get more details but the agency declined to answer any questions. We’re waiting to hear from Pentagon spokesman Rear Adm. John Kirby about other questions.

DigitalGlobe has a $3.5 billion contract called EnhancedView with NGA to supply imagery. NGA can provide the imagery to allies without paying again for the imagery. It’s unclear if the Australian bought the imagery directly from the company, which would be faster, or if NGA supplied the imagery after higher resolution satellites built and operated by the National Reconnaissance Office caught the imagery.

Australia is one fo the few countries that is given access to most NRO imagery. Australia also has a substantial signals intelligence (SIGINT) capability of its own and works very closely with the National Security Agency. It’s a reasonable inference that SIGINT intelligence may have played a role in limiting the search area since the photos were taken four days ago on March 16, before the world learned of the lost plane’s alternative flight paths. It often takes a few hours to order a satellite photo, for the satellite to get into the right position to take its shots and for the satellite imagery to be received and analyzed.

Australia deployed the highly capable P-8 and three PC-3 aircraft to search for the purported wreckage floating in the rough and desolate seas about 1,550 miles southwest of Perth. A Norwegian freighter was reported to be in the area Thursday afternoon, using high-powered lights to search for the wreckage amid 20-foot swells.