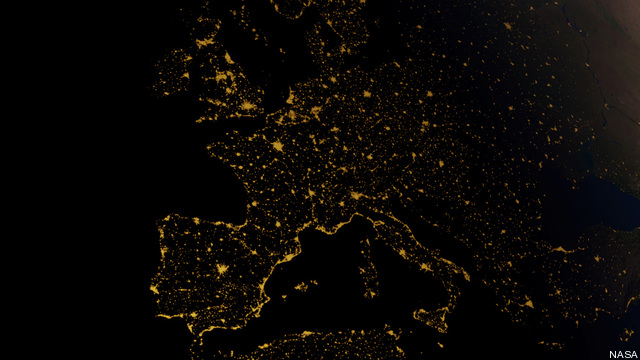 Paris and Berlin are in a bind as British-based BAE and Franco-German giant EADs, the parent company of Airbus, seek approval to merge into the world’s largest aerospace company.

If the French and German governments accept the companies’ current merger terms, their ability to influence the new tri-national behemoth will be sharply diminished and they will possess less power to protect their citizens’ job. If they demand greater influence, however, they may scupper the deal altogether, because both investors and the US government are leery of Franco-German meddling.

“If they want a robust role, then the merger may not be feasible,” said Loren Thompson, a defense industry analyst, a consultant (including to BAE), and a member of the Breaking Defense Board of Contributors. “If they’re willing to back off, then it’s possible.”

By contrast, the British government has already indicated its support for the merger. Getting the proposed deal approved in the United States is complicated but not too daunting. BAE will soon brief the Defense Department, but both companies already have firewalled US units with Pentagon-approved “special security agreements.” The worst likely scenario is that DoD will require further firewalling in which a “proxy board” of US citizens effectively runs all US operations, which would be awkward for the parent companies but not impossible.

So from a US perspective, “I don’t see anything that would be a showstopper,” said Byron Callan, defense anaylst at Capital Alpha Partners in DC, in an interview with Breaking Defense. “This is really going to be decided in Europe, not in the United States.”

And it is in Europe that the merger’s success — or failure — will have the biggest second-order effects. “In Europe, there is opportunity for consolidation; that’s where the real story is,” said Tom Captain, head of the aerospace and defense practice at Deloitte.

“In Europe, there has been a need for some kind of rationalization and consolidation of the commercial aerospace and defense industry for some time, and for a variety of reasons it hasn’t happened,” Captain went on. With public ownership in many European defense companies, often including “golden shares” that give governments a veto over merger deals, he said, “the defense industry is much more of a quasi-governmental entity, even though the shares may be owned partially by the public. [So] it’s very difficult to operate a free enterprise in the way we do here, beholden to the shareholder, [because] the government is very interested in preserving jobs.”

That’s the kind of control that politicians in Paris and Berlin must yield, both to ensure the BAE-EADS deal goes through in the first place and to permit the combined company to realize the expected efficiencies — that is, to cut costs by shedding jobs: “In the past that has been very difficult to achieve,” said Captain. “There are many examples of where companies have come in thinking that they could do that and just running into a brick wall.”

But if governments can loosen the reins for BAE-EADS, smaller European defense companies may well seize the opportunity to merge as well. EADS, after all, is one of four aerospace companies in France alone, and the other three — Dassault, Safran, and Thales — are far smaller. And while defense revenues have been effectively flat in the U.S. of late, in Europe they’re in outright decline, so the pressure to consolidate is even greater.

The American situation is very different, Captain argued. No matter what happens with BAE-EADS, he said, “it’s not likely that you’re going to see wholesale consolidation among US defense manufacturers.”

Indeed, though there’s some speculation that a US defense firm would acquire BAE if the EADS deals falls through, Loren Thompson said even that consolidation is unlikely. “None of the big us contractors seem interested in making a major acquisition and most of them would face anti-trust issues” in merging with BAE, said Thompson, who as a consultant to many major defense companies is famously well-informed about their strategies.

Instead, Thompson said, if BAE can’t merge with EADS, it would be seen as vulnerable — and attractive — to private-equity investors. If such sharks snatch up BAE, Paris and Berlin may be ruing lost opportunities.