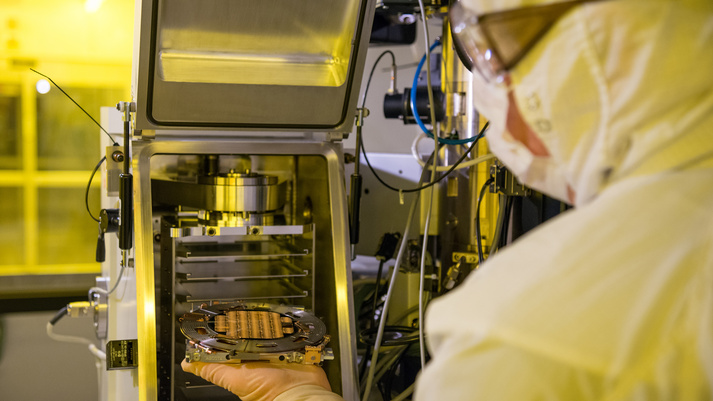 BOSTON:  BAE Systems, the third-largest defense contractor in the world, is funding innovative small startups to get innovative technology quickly to its Defense Department customers. Through an initiative called FAST Labs, BAE is both providing seed capital directly to startups and funding a number of accelerators to widen the potential market.

The standard tactics include simply buying a smaller company to gain its technology or investing in a startup in order to control the direction of its research. Instead, BAE’s FAST Labs is attempting to serve as a middle man connecting startups with DoD customers and BAE’s various units.

“By giving [the startups] the feasibility money, we can expose them to those harsh requirements that exist in the aerospace and defense world, but we can also in turn do social engineering inside our company,” Jerry Wohletz, the vice president and general management of BAE FAST Labs, told me. The idea is to introduce the startups’ designs to BAE’s factory and engineering work force, he said, “because we need to get it out of R&D land and get it into those products and services” that BAE knows its defense customers are looking for.

FAST Labs is focused on research related to next-generation electronics, intelligent autonomous systems, cyber, electronic warfare, and sensors and processing. Wohletz explained that BAE does in-house research on capabilities that are solely of interest to DoD and the Intelligence Community, but it is reaching out to startups in order to partner on products and services based on commercial market needs.

“A lot of aerospace and defense companies have venture capital funds,” Wohletz said. “That’s not what we are trying to do. This is not an equity play to drive bottom line performance. We talk here about innovation velocity. We want speed to market.”

Therefore, BAE is also putting its money — but more importantly its time — into a number of technology accelerators, such as Techstars in Boston, Capitol Factory in Austin, Texas, and MASSChallenge with hubs in both cities. FAST Labs has a team of scouts whose job is to attend pitches all across the country. “This is not based on ownership. We leave them their freedom,” Francesca Scire-Scappuzzo, who heads the scout team, told me. “We want innovation not just to support our market, we want to support their own innovation” for the commercial market.

“Other defense contractors are trying to get involved with venture capital, but they for the most part don’t really get it. BAE was in early, and they had the benefit of being linked with us,” Lt. Col. Dave Harden, chief operating officer of AFWERX, the Air Force’s innovation hub, told me during the Techstars Air Force Accelerator Demo Day here last Thursday. Indeed, BAE cosponsored the event, and put upfront investment in at least three of 10 start-up companies participating.

Neither Wohletz or Scire-Scappuzzo would tell me the size of BAE’s budget for startup investment, but Wohletz said “it’s getting bigger every year.” Further, the company is using accelerators not just to help itself innovate, Wohletz said, but also to find foreign companies to partner with in bids where the buying country requires offsets, such as India. “It’s a completely different way of looking at this than we have done in the past,” he summed up.