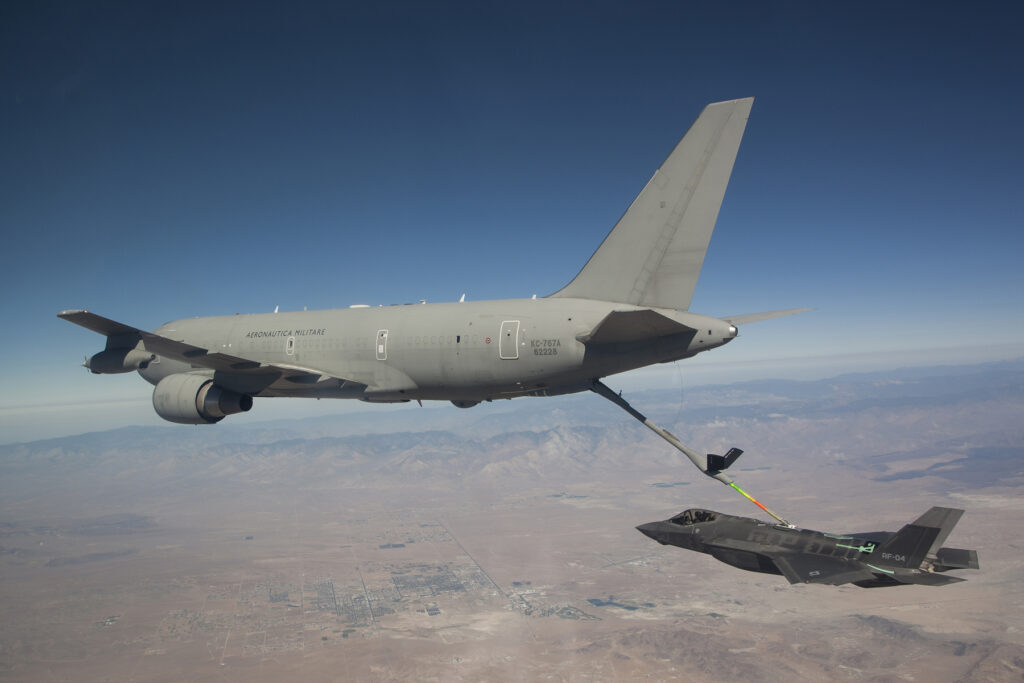 An American F-35 receives the first fuel transfer from an allied tanker, a KC-767 tanker from Italy.

This is one of those intriguing benchmarks that illustrates several things about both the F-35 program — it means a lot to allies — and to the Italian tanker program — it works.

Irritatingly, I knew this was supposed to happen but it’s hard to write about something that may happen until it does.

We have a little information about the test. The Italian tanker, which was about as troubled a program as a journalist could wish for, “successfully completed its first U.S. Air Force F-35A boom receiver certification refueling flight, July 29 over California’s High Desert region.” 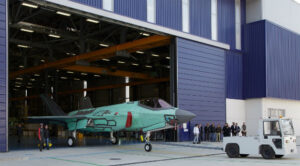 That makes the Boeing-built KC-767A the first foreign tanker “to undergo refueling certification trials with a U.S. aircraft,” the F-35 Joint Program Office (JPO) release says. They did 25 boom contacts and offloaded 16,000 pounds of fuel.

Italy, of course, plans to buy 30 F-35Bs and 60 F-35 so this is an important marker for them. It means for all intents and purposes that Italy can tank all the other European F-35s, as well as US planes. Sadly, neither the Italians nor Boeing have said anything about this effort. But then Boeing was stung again and again by negative coverage of the Italian tanker program, so they may have just decided it was best to let the JPO say what it wanted. And the Italians are partners in the F-35 program, so they let the JPO speak for them.