Cyber, EW Are Secret Missile Defense Weapons Too Secret To Use 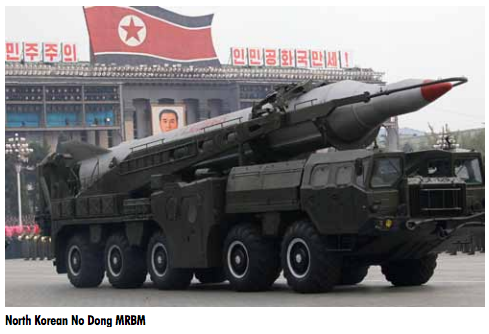 WASHINGTON: The problem with secret weapons is that almost nobody knows about them — including people on your own side who might really need to use them. That’s the self-inflicted wound the Pentagon is struggling with as it tries to apply highly classified capabilities in cyber and electronic warfare to the notoriously tough challenge of missile defense.

Cutting-edge technologies hold the potential to hack into an adversary’s command-and-control network so his missiles never get the order to launch. They could jam his radars and navigation systems so the missiles that do launch go harmlessly off target. Such “non-kinetic” techniques — expending no ammunition except electricity — could reduce the number of incoming missiles and thus the number of multi-million-dollar interceptors the US has to fire at them.

No less a figure than Deputy Defense Secretary Bob Work has said bluntly that EW and cyber held more promise for missile defense than the traditional method of shooting down one missile with another. “It doesn’t have to be a kinetic solution,” Work said in March. “Hell, I don’t really want a kinetic solution. It’s got to be something else.”

So that’s the promise — but when I’ve tried to get any specifics, I get polite demurrals that the topic is too classified to talk about. But it’s not just reporters who have this problem. People in the military who really need to know about these capabilities, as a matter of potential life and death, aren’t always allowed to learn about them either.

“We need to have enough people who understand what each of them is [and] a way to use them when the time comes,” said Rear Adm. Archer Macy, retired director of the Joint Integrated Air and Missile Defense Organization (JIAMDO). “The fact that only very few people know what [some of these capabilities] are make that very difficult.”

“We need to have the conversation to figure out…how do you most effectively bring all these pieces together,” Macy told me after speaking on a panel of retired missile defense commanders at the Center for Strategic and International Studies.

On one level, Macy said, “this is not new. We’ve been doing this in warfare going back to when we figured out, ‘okay, do you use the archers first or the knights on horses?” But Henry V never had to coordinate so many different moving pieces. He certainly never had to deal with half his nobles not being authorized to know what a longbow was.

“There are so many different technological means available,” said Macy, at various levels of classification: “the black programs, the grey programs, the white programs.” When a launch occurs — or, better yet, when you get intelligence a launch may happen — which techniques do you use, in what combination and what order, under what circumstances against which adversaries? The tactical and technical complexities must be thought through, field-tested, and practiced well in advance, Macy said, because there’s no time to jury-rig defenses once a missile’s in the air.

“Do I use the photon torpedo first or do I use the light saber first?” Macy asked, obviously not naming actual classified technologies. “The people who are going to need it in the actual eventuality [of an attack], some of them are going to need to know about it, and they need to know about it before the eventuality.” The missile defenders don’t necessarily need to know the secret sauce, he said, but they’d better know “at least enough to employ it effectively.”

Speaking on the CSIS panel alongside Macy, recently retired Brig. Gen. Kenneth Todorov agreed on both the potential and the problems.

“There is an appetite for it, people are working on it,” said Todorov, who was deputy director of the Missile Defense Agency. “The Advanced Capabilities and Deterrence panel — which is a group within the Department that looks at ways and endorses methods of getting at this [missile defense] problem — they are fully onboard with [exploring], ‘What does left of launch mean? What are some of the new capabilities?'”

That said, Todorov cautioned, “we are a ways away from the quote-unquote new stuff.” The promise of electronic and cyber warfare for missile defenses is not a reason to neglect traditional interceptors, he said: We need both.

“There’s general consensus that we need to pursue both lethal and non-lethal. I don’t think there’s a tension there, I think it’s a complementary capability,” said Lt. Gen. Richard Formica, retired chief of the Army Space & Missile Defense Command. “There’s recognition that we’ll never leave the type of physical defense that interceptors provide, and we need the full suite of those, from GMD to Patriot and everything in between, [but] there’s also the recognition that we’ve got to continue to develop those other capabilities.”

“There’s a realization among senior leaders of the need,” agreed Rear Adm. Joseph Horn, retired head of the Navy’s Aegis ballistic missile defense program. “There’s direction to accommodate that need — at whatever classification level is [necessary]. The real challenge is the synchronization and integration of those efforts.”

But that brings you back to the basic questions. “Who knows about it? And how do you employ it? We’ve got to get it out of the dark world,” Todorov said.

When it comes to coordinating missile defense, Todorov added, “it’s hard enough with white world assets.” For example, during Todorov’s time at the US Northern Command, which runs homeland missile defense, he helped line up surveillance ships and land-based radars — both unclassified capabilities — to monitor a potential North Korean missile test. The problem was the assets NORTHCOM needed for its homeland mission all belonged to Pacific Command, and they already had missions for PACOM — for example, making sure the North Koreans weren’t about to hit them or America’s Pacific allies.

“That was sort of an awkward conversation to have…. across the seams of the COCOMs [combatant commands],” Todorov sighed.

Macy’s suggestion for how to bring this all together, the classified and unclassified, kinetic and electric: a Ballistic Missile Defense command with global responsibilities. His models are Special Operations Command or Transportation Command. SOCOM and TRANSCOM sometimes simply provide forces for the theater commanders to use, he said, but “in their functional area of responsibility” — counterterrorism and global transport respectively — “they have command authorities. They can tell people to move.”

“Because of the physics of ballistic missiles… you’ve got to have someone who’s a central nexus who has the authority” to take urgent command of forces from anywhere on the planet needed for the defense, Macy told me.

“Maximum, it’s less than an hour from Point A to B on any scenario you want to choose anywhere on this planet,” Macy told the CSIS audience. “This demand of time demands a way of command, control, communications, integration etc. that’s got to respond on that time scale. You don’t get to say, ‘wait a minute, I need another two hours.’ It hit an hour and a half ago.”