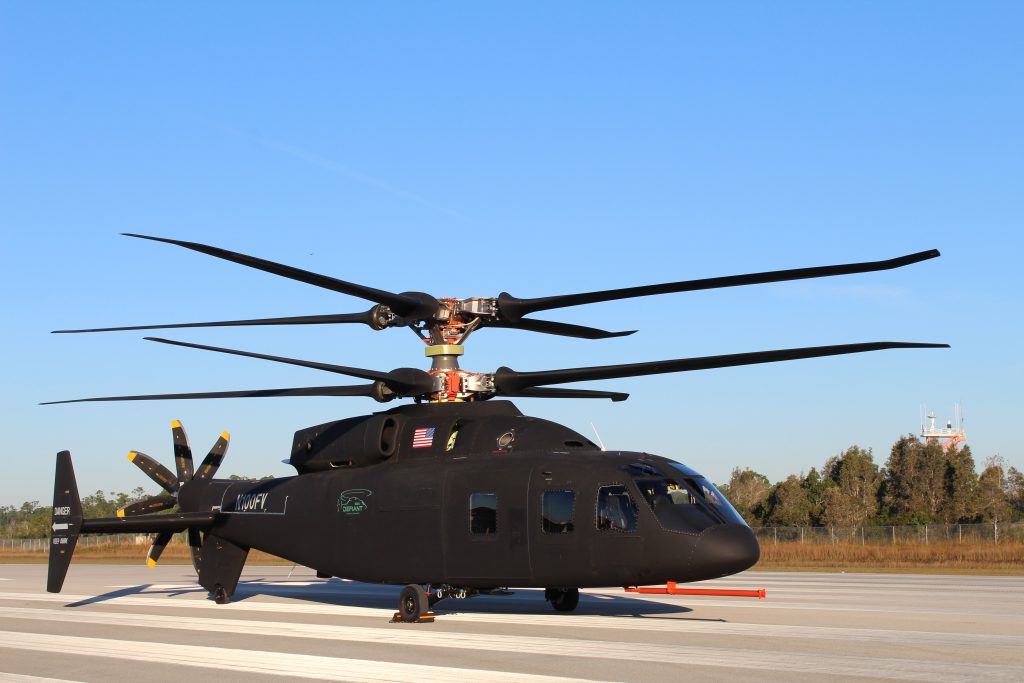 After years of secrecy and CGI, we’re finally getting to see the Sikorsky-Boeing dream team’s SB>1 Defiant ultra-high-speed helicopter in real life. Unfortunately, Defiant is still on the ground, not flying: It was supposed to take its first flight this month, but that’s been pushed back until early 2019.

That puts the Sikorsky-Boeing team more than a year behind archrival Bell, their competitor for the massive Future Vertical Lift program, whose V-280 Valor has been flying for more than a year. But at least part of the delay is due to how revolutionary the Defiant is compared to Valor — and the difference between designs is why it’s so crucial that we see full testing of them both. 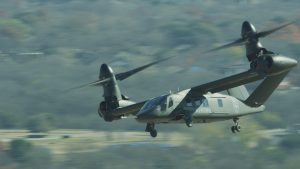 Compare the photos of the two aircraft. Bell’s offering is a tiltrotor, a technology the company has worked on since the 1950s and mass-produced (together with Boeing) for the V-22 Osprey. It’s called a tiltrotor because the rotors tilt: They can either face up and spin like helicopter rotors, or they can face forward and spin like (oversized) propellers. That lets a tiltrotor combine the versatility of a helicopter — the ability to hover, maneuver precisely and slowly just above the ground, and take off or land without a runway — with the speed, range, and fuel efficiency of a turboprop airplane.

The Sikorsky-Boeing Defiant, by contrast, is a compound helicopter, a technology Sikorsky pioneered on its award-winning X2 and its S-97 Raider, but which has not yet seen mass production or operational service. At first glance, Defiant looks pretty conventional: Specifically, it looks like a lot of Russian helicopters, which — instead of a big main rotor for thrust and lift plus a small tail rotor for stabilization (like most Western choppers) — have two rotors on the same mast, turning in opposite directions to keep the aircraft from spinning like a top.

But look closer, especially at that rear view: 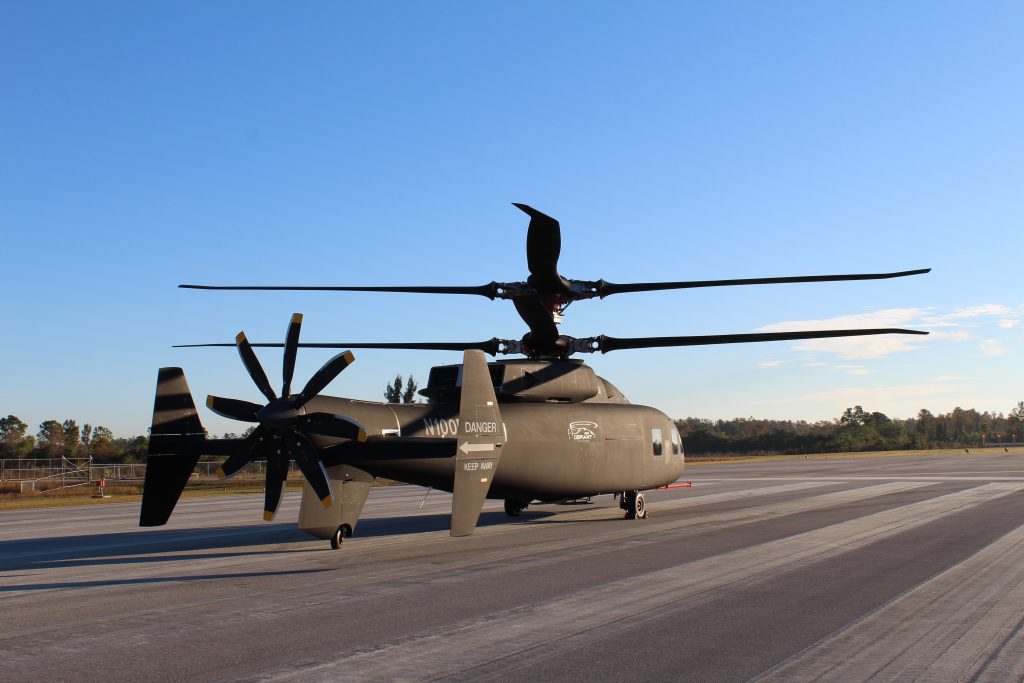 Where most helicopters would have a tail rotor, the Defiant has a pusher propeller. That propeller allows Defiant to reach turboprop speeds, like a tiltrotor, but, unlike a tiltrotor, Defiant never stops being a helicopter. Sikorsky and Boeing say that will make for a much more agile aircraft, especially at low speeds. Now they finally have a finished prototype for testing to prove those claims.