Did We Put This Bug In SCO’s Ear? MALD-X Tested For Swarm EW

WASHINGTON: More than three-and-half-years ago we ran an intriguing piece by Robert Haddick, a respected strategist and sometime consultant to Special Operations Command. Haddick proposed modifying a small drone called the Miniature Air-Launched Decoy (MALD) so it could take on mobile missiles and perhaps search huge swaths of Chinese territory after being launched from B-52s. 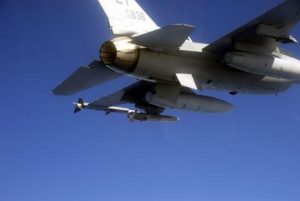 “This innovative and collaborative project builds upon the successful MALD platform and seeks to demonstrate the operational effectiveness and tactical advantage provided by large numbers of collaborative, expendable platforms highlighted with the completion of a complex free flight demonstration of advanced electronic warfare techniques,” the release says. (Emphasis ours).

MALD, about three meters long and weighing about 300 pounds, is an air-launched, jet-powered drone used to confuse enemy air defense systems by mimicking the flight characteristics and radar signature of friendly aircraft. MALD can cover over 900 kilometers in 45 minutes before exhausting its fuel. The Air Force purchased a batch of MALDs three years ago for about $322,000 per unit.

“The rapid development and demonstration was made possible by the cross-service technical collaboration between the Air Force and Navy,” said Chris Shank, SCO Director and former senior advisor to Heather Wilson, Air Force Secretary. “The MALD-X is handing over to the Navy to complete system development and transition to an operational capability. The superb cross-service technical teamwork is an exemplar for future innovative projects.” 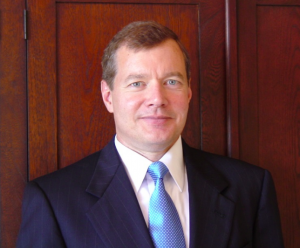 I contacted Haddick to ask him what he thought of the SCO’s work.

“The MALD-X experiment is an example of smart work by SCO and the Navy. In the case of MALD-X, the research team took a legacy system and upgraded it with new sensors, communications, autonomous operations software, and coordinated swarm capabilities. The article I wrote a few years ago for Breaking Defense imagined using a similar suite of capabilities on MALD for autonomous attack on adversary mobile missile launchers,” Haddick said.

”The MALD-X experiment shows that we can also imagine MALD being adapted for electronic intelligence-gathering, complex electronic attack, rapid battle damage assessment, and many other applications,” he said. “The Department has sometimes displayed its best creativity when it has adapted legacy systems to entirely new missions. MALD-X appears to be a good example of that.”

Here’s the original story by Haddick, a former Marine Corps officer and author of Fire on the Water: China, America, and the Future of the Pacific:

In the longer term, the SCO will be experimenting with other versions of the drone. “MALD-X’s modularity allows the Navy to rapidly inject adaptive payloads and capabilities into as yet unknown future mission sets,” the Pentagon statement says. “The MALD-X program is continuing to pursue multiple enhancements for the vehicle that would provide additional mission sets that will be demonstrated next year.”