Posted by Theresa Hitchens on September 25, 2019 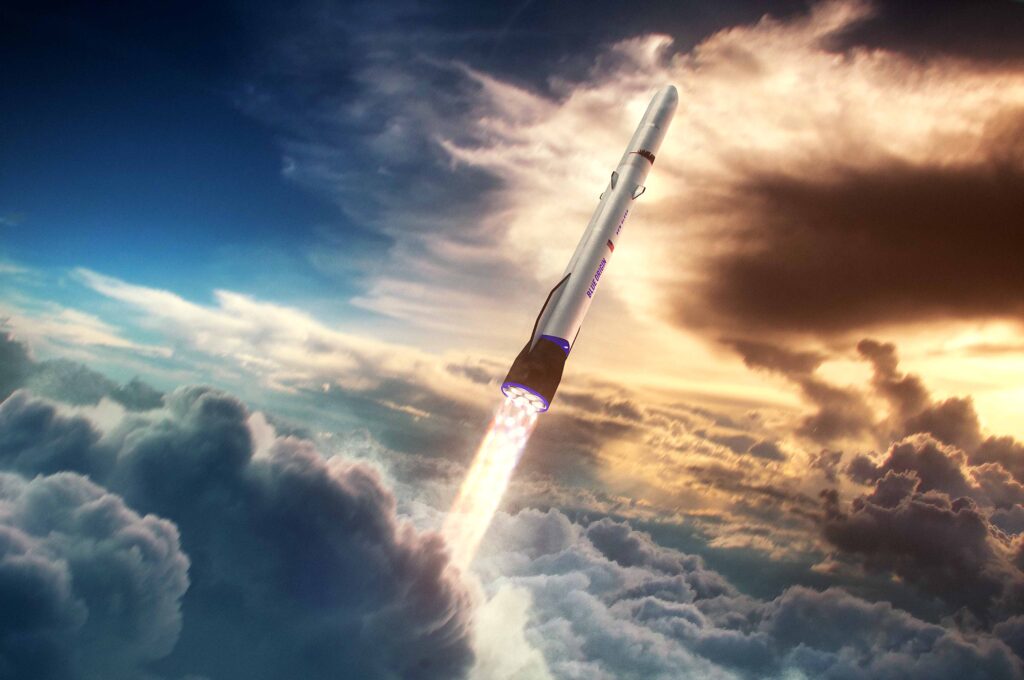 WASHINGTON: DoD and the Air Force are pushing back hard against Blue Origin’s claims of unfair ball in the fierce competition for the service’s next-generation rocket, as time winds down toward the June 2020-planned decision.

In a rare move, the Pentagon this morning released a detailed rebuttal of a Blue Origin “Fact Sheet” enumerating its protest. In the statement, a senior DoD official insisted that the service’s May Request for Proposals (RFP) for the Phase 2 National Security Space Launch (NSSL) contract does not have vague award criteria, is not anti-competitive and does not discriminate against new competitors.

The DoD official also argued that any delay at this point “will result in a one- to two-year delay which could force the National Security Space Launch program to continue reliance on Russian rocket engines to launch our nation’s most critical space capabilities.” Congress ordered DoD to ditch the Russian RD-180 engine by 2020 — the engine used by the Evolved Expendable Launch Vehicle that the NSSL is designed to replace.

The Air Force RFP’s closing date of Aug. 12 is the same day Blue Origin initiated a protest to the Government Accountability Office (GAO). (Colleague Valerie Insinna wrote a detailed account of the protest.)

Despite that protest, the Air Force has made it clear that it intends to proceed with the competition. The two winners will lock up future launches (under a 60/40 split) through 2027, representing hundreds of millions — if not several billion — dollars in contract awards.

The four companies vying for the deal are Northrop Grumman, United Launch Alliance (ULA), SpaceX, and Blue Origin. (Blue Origin submitted a proposal despite its protest.) Blue Origin, a private start-up founded by billionaire Jeff Bezos, and SpaceX, founded by the ever-retiring Elon Musk, are relative newcomers to launch of big national security payloads; whereas Northrop Grumman and ULA are institutional players.

The NSSL effort has been plagued by controversy since its inception, with contractor complaints and congressional meddling. Blue Origin had been lobbying Congress and the Air Force for months prior to the RFP’s issuance to delay the down-select, to no avail. SpaceX in May sued over Air Force decisions made earlier in the process, a lawsuit that is still pending.

In particular, the DoD official elaborated on why the upfront choice of two alternate contractors for launches through 2027 does not, as Blue Origin alleges, “unnecessarily restrict competition.” The statement says:

“While price is an important factor, reducing the Phase 2 ordering period would put critical missions at risk and decrease the value to both industry and the Government. The economic benefit (individual cost per launch service) of an extended indefinite order requirements contract would be lost if Offerors are not be able to amortize their costs over a longer period of time and, subsequently, more launches. Additionally, the NRO’s most critical missions (in FY25 and FY26) may not be included in the reduced ordering period which could result in costly multiple early integration efforts. Shortening the contract may dis-incentivize providers from developing all the capabilities required to launch the entire manifest, resulting in niche providers and significant risk to maintaining a certified Category C launch capability. This scenario could force the Government to buy more Delta IV Heavy launch vehicles at an extreme cost.”

One space expert, with no skin in the NSSL game, opined that for the most part Blue Origin’s protest is “simply whining,” and characterized SpaceX’s lawsuit as “sour grapes.” However, the source said, Blue Origin does have a valid point with its criticism that the criteria for the decision are too vague. In particular, the RFP fails to explain how it would determine which two providers in combination would equal best value. “It is an inscrutable evaluation criteria,” the source said.

Another fair question is why all this public posturing is happening now.

One likely answer, say savvy outsiders, is that House and Senate appropriators are in the midst of conferencing about DoD’s fiscal 2020 budget. The Senate Appropriations Committee fully funded DoD’s $1.2 billion request for the NSSL program on Sept. 12, but only if the Air Force maintains its “launch development and launch service procurement schedules.” Likewise, the House Appropriations Committee provided full funding back in May and urged “the Secretary of the Air Force to proceed expeditiously with its strategy in order to minimize the risk of a gap in assured access to space.”