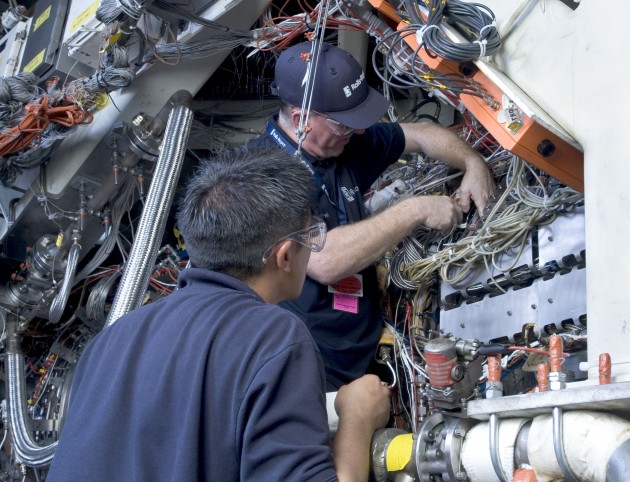 WASHINGTON:  After years during which Lockheed Martin bore the brunt of barbs from various government watchdogs, the Government Accountability Office and the Pentagon’s Inspector General about the failures of the F-35 program. it is now Pratt & Whitney’s turn.

First came the April 14 GAO report aimed at the F135, as the plane’s engine program is known. saying it suffers from “poor engine reliability.”

Pratt executives told reporters today they had already improved reliability since the work on which the GAO report was based. They offered a lot of technical detail on this, most of which was presented in relation to slides which weren’t approved for release to the public. Until those slides are approved I’m not going to try and present their arguments.

Then came today’s DoD Inspector General’s report on the engine. It criticized both the Joint Program Office which manages the program, the Defense Contract Management Agency, and Pratt for lax oversight, attention to safety and various process lapses. The biggest criticism: the IG found Pratt violated 61 quality management rules and policies. Those problems could mean higher costs, the report said.

(For those who don’t know, the F135 engine is a separate program from the F-35 airframe. This is traditionally done by the Pentagon for fighter and bomber programs because of the technologies involved in advanced engines and the fact that they are, in many ways, separate systems.)

We’ll let you read the IG report in all its glory. It’s much more dryly written than is the GAO report.

First, it acknowleged that the “(IG) report is factually accurate; however, the JPO does not agree with all of the findings and recommendations outlined in the report.”

Of six main findings, the JPO disagrees with the call for additional program management oversight, the criticism that there are “insufficient risk management practices” and “inadequate software quality management.” The JPO says fixes for these are “unnecessary” and “would add cost and schedule growth” to the program for items that are already well understood and carefully managed.

Pratt was at pains today to note that the IG report was about “P&W’s quality system and F135 contractual adherence, not an audit of F135 product quality.” During a meeting with reporters today, the company said it would fix all but one of the 61 problems by July. The last issue would be fixed by the end of 2015.

What does it all mean for the F-35 program? Probably not much over time, unless Pratt — which has had a tendency to clam up instead of speaking publicly — doesn’t up its game. These reports will, of course, provide ammo for those who live to criticize the F-35 — no matter what.