As a member of the House Armed Services Committee and a proponent of the JSTARS radar plane since arriving in Congress, I am alarmed by the undercurrent of discussion within Office of the Secretary of Defense (OSD) considering delaying the Next Generation JSTARS acquisition program. This is in stark contrast to the support for JSTARS from our nation’s Combatant Commanders. As one example of this widespread support, Gen. Curtis Scaparrotti, Commander of US Forces Korea, testified about his need for JSTARS’s capability to detect ground targets and coordinate missions and the “importance of ensuring that, when the transition [to a replacement] takes place, of not having a loss of capability.”

This sentiment has been echoed by every combatant commander who has appeared before the committee. In addition, the United States Air Force has been steadfast about the need to recapitalize the fleet and adamant that the solution must be a manned, business-class jet leveraging mature technology. The USAF’s Analysis of Alternatives (AOA) clearly validated this is the path forward and the most cost-effective and low-risk solution. I am confident that if allowed to proceed, the program would be a model for acquisition excellence and a great boost for our warfighters. 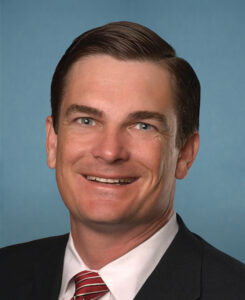 However, there is the potential that a lengthy capability gap may emerge, and warfighters may soon be left without the Battle Management, Command and Control (BMC2) capability that the JSTARS fleet provides. This is due to a combination of sustainment challenges with the current aging E-8C fleet (JSTARS leads the Air Force in flying hours) and recent disruptions to the acquisition timeline by OSD.

JSTARS does far more than provide intelligence, surveillance, and reconnaissance for our nation’s warfighters. It grants an unparalleled wide-area tracking of ground moving targets (ground moving target indication or GMTI), allowing battle management and target identification to make our combat aircraft more efficient. By decreasing loiter time — the time aircraft need to spend searching for their target — it enhances their lethality and saves the lives of our service members. No other aircraft in the fleet provides a similar capability to JSTARS, and there is not a viable alternative to the Air Force’s acquisition program under discussion.

There can be no mistake that if there any further delay to the JSTARS recapitalization; it would result in a significant diminution in the combat effectiveness of our Air Force. JSTARS is an essential requirement for existing low-end conflicts as well as future peer-to-peer conflicts. JSTARS will only become more relevant to future air combat scenarios as we will be competing in an environment of diminished electronic warfare superiority with the potential for disrupted datalinks and communications, which will result in the need to increasingly rely on airborne battle management. According to a May 2015 statement from US Pacific Command, “recapitalization of the Joint STARS capability must include a manned platform”…because of the need for “flexible and responsive BMC2 in contested and degraded battlespace.”

It is disconcerting that, despite the high demand from Combatant Commanders and support from within the Air Force, OSD seems to be undercutting the recapitalization program without sufficient analysis to support the shift and without a plan to address the capability gap that would emerge. While some will simply conclude that the abrupt course change is a budget-driven decision and the result of making difficult tradeoffs, I find this explanation insufficient. Make no mistake, cancelling or delaying JSTARS would not be a typical budgetary tradeoff.

Simply put, there is no alternative for JSTARS, and changing course is unacceptable. Without the capability, our nation’s airpower would be greatly reduced as our strike aircraft are forced to loiter longer and operate in a far riskier and less combat-effective manner.

There is little reason to believe that halting or delaying the Next Generation JSTARS program will save taxpayer dollars. Providing continuity and a smooth transition from the E-8C aircraft to the future platform is not only the right decision for a warfighter, but it also makes the most fiscal sense. If a capability gap emerges, trying to restart a BMC2/GMTI mission from scratch would cost an exorbitant amount for taxpayers, because the workforce, knowledge and experience associated with flying the E-8Cs would have been lost. There is little doubt that if the acquisition program is cancelled, that the Department of Defense will have no choice but to propose a more costly solution several years in the future. This would not be the first time that DOD cancelled an acquisition program that was on track, only to request a much more complicated and expensive alternative in the future.

The Air Force’s existing JSTARS recapitalization program is the way forward. The time to recapitalize the JSTARS fleet is now.