Every Ship A Minesweeper? Navy Looks Beyond LCS 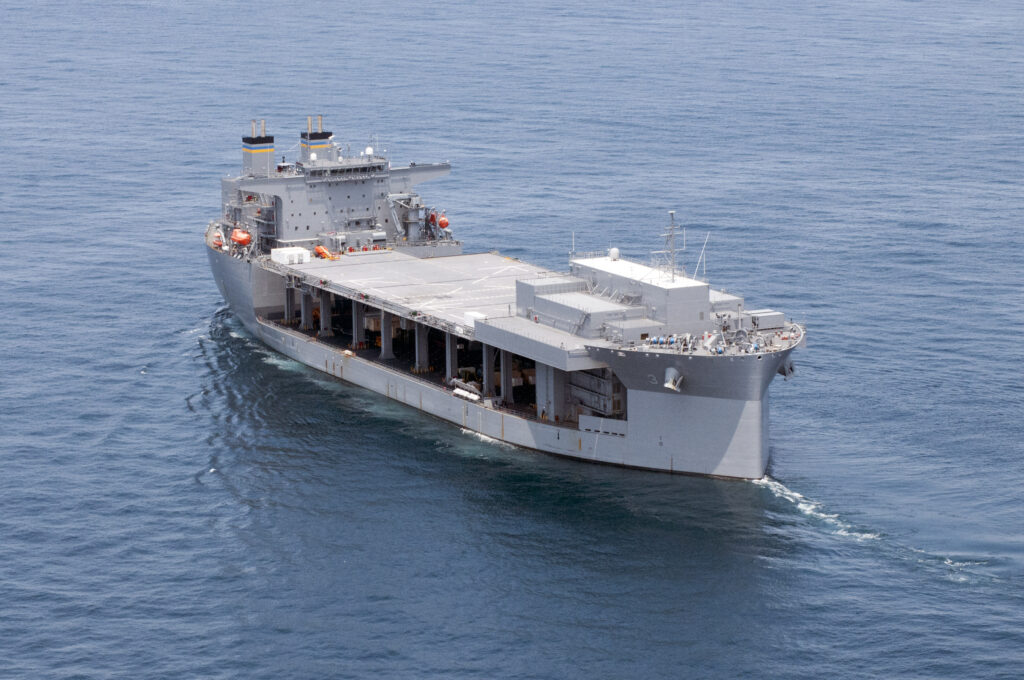 The Expeditionary Sea Base (ESB) Puller is a leading contender to take on mine-clearing missions.

ANNAPOLIS: There are maybe half a million sea mines in arsenals around the world. To find and clear them, rather than rely solely on a small fleet of small Littoral Combat Ships, the Navy now wants at least some mine-hunting gear on a vessels ranging from modified oil tankers to catamarans to aircraft carriers.

The approach is similar to the distributed lethality concept, which would put anti-ship missiles on a wider variety of vessels. (More on that below). But offensive operations have never been as marginalized and underfunded as minesweeping. The new plan could finally infuse mine warfare into the mainstream of the Navy — or diffuse responsibility to crews that see it as an unwelcome distraction from their ships’ main mission.

Decoupling Mine Warfare From LCS

Why the change? Necessity is the mother of this invention. The much-criticized LCS program has been cut back from 55 ships to 28 or 30. Only eight of those ships will routinely carry Mine Counter-Measures (MCM) mission modules. Each MCM package includes various robots — Unmanned Underwater Vehicles (UUVs), Unmanned Surface Vessels (USVs), and an MQ-8 Fire Scout drone — as well as a manned MH-60 Seahawk helicopter. That’s even less mine-clearing capacity than the Navy has now with its badly aging inventory of 11 Avenger-class minesweepers and 27 large MH-53E mine warfare helicopters.

With eight MCM LCS — four on each coast — and typical Navy cycles of maintenance, training at home, and deployment abroad, “what you end up with is about 2.3 LCSs on station at any one time,” Capt. Mark Leavitt, commander of the Navy’s MH-53 wing, told the annual Expeditionary Warfare conference here. “2.3 is not a whole lot.”

So, Levitt and other officers told the conference, the Chief of Naval Operations, Adm. John Richardson, personally ordered a study of one crucial question: “How do we get more capacity?”

The answer: take equipment developed for LCS — helicopter counter-mine kits, drones, unmanned boats, and robot mini-subs — and put it on a wide range of platforms. “We started with a very tight marriage of LCS to MCM and the CNO has corrected us from that,” said Maj. Gen. David Coffman, the Marine who heads the Expeditionary Warfare division (N95) on the Navy staff. The service will still buy the 24 MCM mission modules for the LCS program, but it will break up some of those MCM packages and place bits and pieces on different vessels.

The Expeditionary Sea Base (ESB) Puller, carrying four massive MH-53E mine-clearing helicopters on deck at once.

The top candidate to carry mine clearing gear? The carrier-sized support ship known as an Expeditionary Sea Base. Capable of carrying four huge MH-53 counter-mine helicopters and all their support staff, the ESB also has plenty of room for drones, small craft, and other equipment. The design evolved from the experimental Afloat Forward Staging Base (AFSB) USS Ponce. (The first ESB, Puller, recently replaced the Ponce in the Persian Gulf).

A second candidate is the high-speed catamaran called the Expeditionary Fast Transport (EPF, formerly the Joint High Speed Vessel). While much smaller than the ESB, it’s also much faster — even faster than the Littoral Combat Ship — and has a shallower draft, allowing it to get much closer to shore. For its size, the EPF has a roomy multi-purpose bay able to carry a wide variety of equipment, as well as a helicopter pad (although not a full hangar for long-term operations). One limitation: EPFs are currently crewed by a mix of Navy sailors and civilians, which means it can’t destroy mines under international law, only find them.

While these auxiliaries are the top candidates, the Navy’s also studying outright warships: amphibious ships, destroyers, and even aircraft carriers. For example, all these types of ships can operate the Navy’s workhorse helicopter, the MH-60S Seahawk, which can be fitted with a laser to detect mines (the ALMDS) and mini-torpedoes to destroy them (the AMNS). Leavitt even suggested the Seahawk could be easily modified to carry UUVs and drop them from the air to hunt mines, dramatically expanding their reach. The Navy’s also experimented with unmanned mine-hunters deployed directly from a destroyer’s deck. Many ships can also embark an Expeditionary Mine Counter-Measures (ExMCM) team, which uses inflatable boats to deploy UUVs and divers. 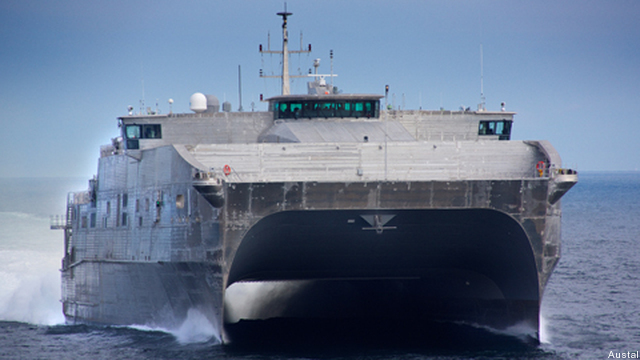 Overall, this new concept for mine warfare looks a lot like the fleet’s new approach to anti-ship weapons. Two and a half years ago, the Navy declared that it would no longer rely almost entirely on its aircraft carriers for offensive firepower against another fleet. Instead, it would upgun a wide range of ships, from destroyers to LCS to auxiliaries, with anti-ship missiles, an approach dubbed distributed lethality. As Rear Adm. Peter Fanta said at the time, “If it floats, it fights.”

So is this distributed lethality for mine warfare, I asked the officers who briefed the new concept at the conference. Is the new maxim, if it floats, it hunts mines?

“That’s potentially very true,” added Navy Capt. Hans Lynch, who leads the mine warfare branch (N952) under Coffman (italics ours). “When we actually have an incident, we’re going to actually need to mass MCM capability quickly, and I can’t imagine a scenario when we have enough LCS to actually mass that capability as quickly as we need it.”

“So I think shore-based makes a lot of sense,” Lynch continued. “ESBs make a lot of sense, EPFs make a lot of sense, coalition (i.e. allied) platforms, and really I think there are opportunities for even DDG-1000 (destroyers): They have enough room that we can put a USV or UUV onboard. Even aircraft carriers or some of our big-deck amphibs could support a lot of the mission platforms that we have.”