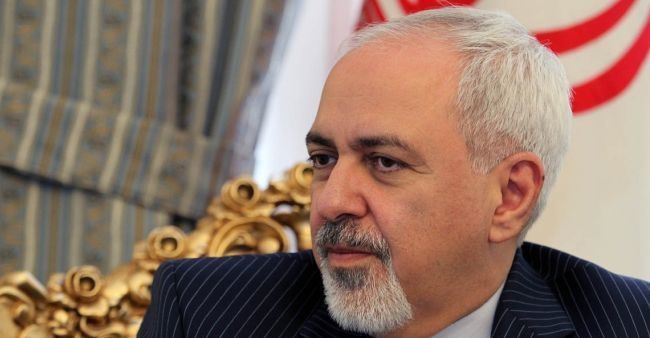 GENEVA: Iranian Foreign Minister Javad Zarif is confident an agreement to end the Iranian nuclear crisis will be reached soon and that he would be able to sell it back home in Tehran despite hardline opposition there, he told Breaking Defense in an exclusive interview.

“I would not agree on something if I didn’t believe that I could keep it when I go back,” Zarif told me Friday, just ahead of talks that will involve US Secretary of State John Kerry and the foreign ministers of France, Germany and Britain.

“Of course whatever we create needs to be serious enough and solid enough to get the backing of our population. Otherwise it would become inherently unstable and untenable,” Zarif said. He said that he had to be “careful to prepare a … serious, solid document that takes care of all concerns of all sides.”

A previous agreement, a fuel swap agreed in Geneva in October 2009 , foundered when opponents to then President Mahmoud Ahmadinejad torpedoed the deal once it had been brought back to Iran for final approval. Zarif is here negotiating on behalf of new Iranian President Hassan Rouhani who has the support of the real power in Iran, Supreme Leader Ali Khamanei. But the mandate from the Supreme Leader for striking a deal is believed to be short, perhaps only a few months as there is strong hardline opposition in Iran to compromising on the nuclear program under pressure from the United States.

Washington has led a worldwide campaign to impose tough sanctions which have crippled the Islamic Republic’s oil sales and greatly hindered its ability to do international banking and so trade abroad. Rouhani was elected in June on a platform to save Iran’s ailing economy, and analysts think his first step must be to get rid of sanctions.

Surprisingly, Zarif said the details of an agreement would not require line-by-line clearance in Tehran, apparently referring to the Supreme Leader. Zarif said the general approach he was taking had been “vetted” and “I know the ideas that need to be addressed” But the actual “wording” — in an agreement where the devil is in the details — “is something that we can work on (in Geneva without running by the Supreme Leader in Tehran) and we will try to have a wording that is acceptable.”

Kerry made a last-minute decision to come to the talks which started Thursday, as a deal seems near. A deal giving guarantees Iran would not seek nuclear weapons would mark a hopeful beginning to end a decade-old crisis during which Iran has started from basically nothing to create a massive enrichment capability, with 18,000 centrifuges installed and over 10,000 actually churning out enriched uranium. This strategic product can be used to fuel civilian power reactors but also, when highly refined, as the explosive core of atom bombs.

Israel has said an Iranian bomb would be an existential threat, as Iran has also developed sophisticated missiles which could deliver nuclear weapons. Saudi Arabia has also expressed grave concerns about an Iranian bomb. The United States has said it will not allow Iran to get the bomb since this would be a strategic threat for America. US President Barack Obama has insisted that all options, including military, are on the table to keep Iran from getting nuclear weapons.

Zarif reiterated that the agreement would have three parts: first, to state a common objective; then to outline a first step towards proving the Iranian nuclear program is strictly civilian-oriented; and finally, to define an end state for the program. “You need to be ready to go into details,” Zarif said. He said there would be concrete measures in the deal, an answer to the US concern that Iran take concrete, verifiable steps to rein in its nuclear program.

“We’ve explained our positions. We know what it takes to resolve this issue at this stage,” Zarif said. But he refused to elaborate, saying negotiations would take place among ministers and officials and not in the public domain.

Kerry said upon arriving in Geneva Friday: “I want to emphasize there is not an agreement at this point in time.” He said there were “still some very important issues on the table that are unresolved. It is important for those to be properly, thoroughly addressed” and added: “I don’t think anybody should mistake that there are some important gaps that have to be closed.”

Kerry did not say more but it is believed a first step would involve Iran suspending at least some enrichment. It is a big question how much and it is an even bigger question what Iran would get for it. Iran wants all sanctions against it lifted. The United States wants any sanctions relief to be gradual, and reversible. Working out these details is difficult and touches on the basic question of just what sort of program Iran will have, after a decade of heavy investment in building one. Said Zarif: “The package needs to be based on respect and equal footing.”

This is easier said than done, and shows just how far Iran and the United States have come in resolving this issue, and that much remains to be done in the final spurt to the finish line.

Still, Zarif was confident. “Time is running out,” he said, “but we’ll do our best. (The deal will be struck) not today, maybe tomorrow. If we can’t agree to stay here tomorrow, maybe in a week’s time we’ll come back and do the drafting, but I think we have the ingredients for an agreement.”

Michael Adler studies the Iranian nuclear program and non-proliferation at the Wilson Center in Washington.