Posted by Rachel Kleinfeld on December 20, 2012 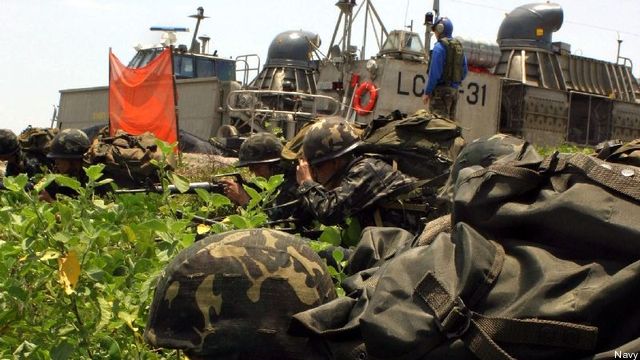 As 2013 hurtles towards us, Breaking Defense has asked the experts on our Board of Contributors to forecast the key defense issues of the coming year (click here for the full 2013 forecast series). We kick off the series with this essay from Rachel Kleinfeld, founding president of the aggressively progressive Truman National Security Project.

In a world of tumult, which national security problems will really matter in 2013?

The initial list stretches quite a way. Syria appears to be moving chemical weapons into deployable positions to use against its civilians. Egypt teeters on military-backed Islamist dictatorship that could be worse than its previous military-backed secular dictatorship. Al-Qaeda has entrenched an offshoot in Mali, in addition to its spread from Nigeria to Yemen. China is throwing its weight around and threatening its neighbors in the South China Sea. And North Korea launched a pre-inauguration missile to welcome President Obama into his second term with typical open arms.

Meanwhile, we need to add to the list problems we have created for ourselves. Republicans continue to hold our economy hostage to tax breaks for millionaires. They also killed our second chance at desperately needed cybersecurity legislation. And inaction on climate is not only leading to refugees and exacerbated radicalism abroad, it sank a good portion of New York City under water –- Al Gore’s movie come to life.

Finally, let’s not forget long-standing, less-reported problems, like the ongoing weakness of Europe’s economic recovery, continued drug violence in Mexico that tends to lap against our southern border, or water wars and food riots that threaten throughout the developing world.

This is the common way foreign policy thinkers look at our world. But the litany of problems can obscure opportunities. Each problem creates fluidity in the international system that provides space to act. And therein lies a chance to remake, to change, to act in order to improve not just that situation, but the broader structure of our problems.

On that optimistic note, what should be our focus?

First, develop smaller-footprint deployable military tools for future wars, and increase foreign military training [the photo above depicts Philippine marines disembarked from American LCAC hovercraft]. After the debacle of Iraq and the slow death of our war in Afghanistan, the American people have no appetite for further large-scale conflict. But there will continue to be a need for action.

From inescapable human need, as in Syria, to preventing terrorists from setting down roots in a safe haven, as in Mali, the US will need to “do something” pretty regularly. Ideally, that something will involve other countries taking charge more frequently, with the US providing more modular military tools that can be developed for today’s wars on a tighter budget.

Invest in smaller-scale, cheaper, and more abundant weapons, drones and robots, and surveillance technologies. Don’t refurbish our many old nuclear warheads or build as many ships as in last century’s navy. Doing so will also help us get the Pentagon budget to a size that is sustainable and prevent military budgets from further adding to the national debt.

Second, help countries adapt to climate disruption – and use regulatory powers to incentivize and increase the marketplace of technologies.

The Senate took a big step towards this when they blocked a Republican attempt to prevent the military from investing in advanced biofuels and then prevailed over the GOP-controlled House on biofuels in conference. Natural gas discoveries will help us transition from coal. But we need to do more. Pictures of war deaths and protestors make better media than climate-related disruption –- but the reality is that man-made exacerbation of our planet’s current hot period is going to cause more death, create more refugees, and impoverish more people than all of our wars combined.

Third, the US must create the rules to govern new and increasingly common types of intervention. Though the effort is years overdue, the Obama Administration is finally working on rules of war to govern the use of armed drones. We need similar strategic thinking on cyber war, intelligence surveillance, and humanitarian intervention. While we remain ahead in these areas of warfare, the rest of the world is not far behind on cheap drones, robots, cyber attacks, and sensors.

Enemies and allies alike are looking to America to see how we tackle these new tools and tactics -– and will be shaping their own laws accordingly. We need to create rules not just for America to live by –- but that we can live with if the rest of the world follows them, too.

America no longer faces existential threats that could decimate our citizenry, as we did during the height of the Cold War. Instead, we look out on a world that is less dangerous to us, but much more complex. The sheer number of problems and their interdependence can feel overwhelming, and the desire to pull up our drawbridge and stay home is strong.

But that would be unwise. As Madeleine Albright has said, the US remains the indispensable nation. If the Obama Administration can look at the world with fresh eyes, building incentives to help the market tackle climate disruption, shaping cyber policy, laying down rules of the road for humanitarian intervention and drones — and then figuring out ways to use these new tools to enact wars with a lighter footprint — we will end the next four years far, far better than we started. It’s time to roll up our sleeves.