Posted by Murielle Delaporte on January 3, 2019 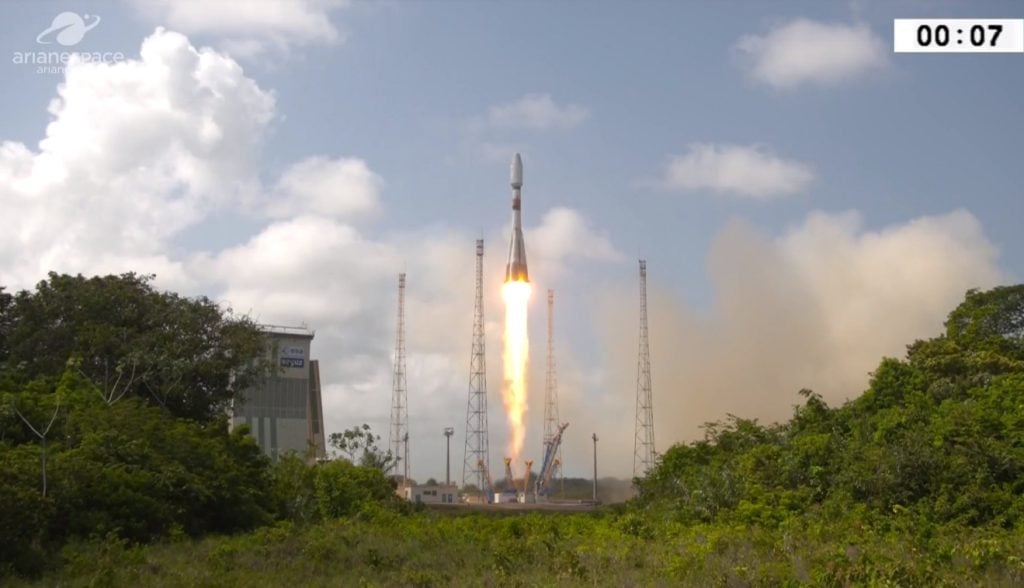 French space spending had already doubled from 300 million Euros in 2008 to 600 million in 2014. The 2019-2025 budget plan — 3.6 billion over seven years — averages over 500 Euros a year. All this spending has started to bear fruit, with the first CSO military reconnaissance satellite launching Dec. 19, three more intelligence satellite launches planned for 2020, and two telecommunications satellites planned for 2020-2022. 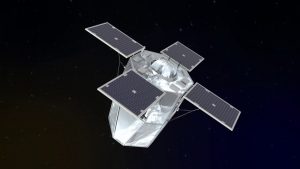 The CSO satellites in particular — Composante Spatiale Optique, “Optical Space Component” — are meant to replace the existing Helios system. Helios I began as a trinational joint project between France, Italy, and Spain. The next-generation Helios II program brought in Belgium and Greece; and agreements in 2007 and 2008 granted access to imagery to the European Union, which used it for such operations as the EU peacekeeping force (EUFOR) in Chad. Helios II also supported the trinational US, UK, and French strikes on Syria in April.

For the new CSO satellites, which should have better pointing time and revisit rates than Helios, France has already signed bilateral deals with Germany, Sweden, and Belgium, with Italy expected to follow soon. These European partners, especially Germany, are providing commitments and investments that allow more than one CSO to be launched. The three CSOs will feed data to the six-nation MUSIS (Multinational Space-based Imaging System) that shares intelligence amongst France, Belgium, Germany, Greece, Italy, and Spain.

All this collaboration makes CSO the leading and most visible manifestation of a new European drive for space sovereignty, autonomy, and a resilient industrial base. The ideal, as Airbus Defense & Space executive Nicholas Chamussy puts it, is “the best of Europe working together.” (Airbus is working on CSO, along with French-based firms Arianespace and Capgemini, plus Germany’s OHB).

Why the new sense of urgency? Rising rivalries among Russia, China, and the United States – and increasing pressure from President Trump for Europe to pay for its own defense — have revived the longstanding Gaullist strain in French strategy that seeks a united European bloc (with a prominent position for Paris). Militarily, this means a Europe that can act independently as a great power on land, at sea, in the air, and now in new domains like cyberspace and outer space.

In the 21st century, where military operations depend on space for communications, navigation, and reconnaissance, and the nigh-universal use of GPS, smartphones, and the internet means even an ordinary French citizen interacts with satellites an average of at least 10 times per day, this treasured sovereignty means nothing if it doesn’t extend into space. (Legacy of the post-Cold war opening, even France’s new CSO satellite launched on a Russian Soyuz booster; meanwhile, with Beijing making space a top priority, China has landed the first probe in history on the dark side of the moon, using its indigenous Long March rocket). There are critical assets on orbit, both military and economic, that the French government sees as increasingly under threat and under-protected.

So in September, the Macron government’s minister for the armed forces, Florence Parly, visited Toulouse — the heart of the French space industry — to emphasize how critical space has become. After noting that the Russian Luch-Olymp spy satellite had come suspiciously close to the Athena-Fidus communications satellite, no doubt to eavesdrop, Parly bluntly declared: “Yes, we are at risk.” 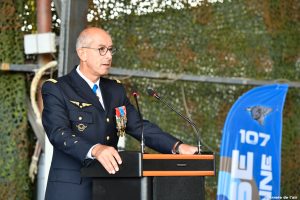 “Our communications, our military maneuvers, as well as our daily life are jeopardized if we do not react,” Parly continued. That, she said, is why the French government has launched a working group to create a new space strategy with a bold mandate: “Ne vous interdisez rien!” — loosely translated, “nothing is off the table.”

For the new chief of staff of the French Air Force, Gen. Philippe Lavigne, who took office in August, the emerging strategy depends on improving so-called Space Situational Awareness: better capabilities to detect objects in space, identify potential threats, and propose possible defenses. In Lavigne’s opening speech to the annual RACAM space conference in France this past October, he quoted British Field Marshal Montgomery: “If we lose the war in the air, we lose the war and we lose it quickly.” That same imperative, the French general argued, does of course apply to conflict in space.