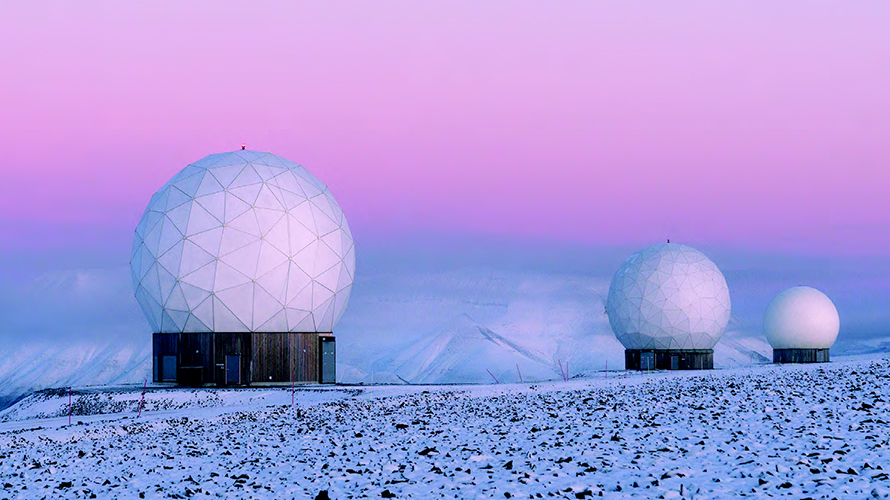 Satellites often launch and reach orbit years before their ground brethren are ready, making the satellite’s data more difficult to manage and lessening their effectiveness. But Raytheon’s Jane Chappell, who has a track record of delivering the world’s most sophisticated ground stations (MIND) to the master of spy satellites, the NRO, believes really good ground stations could actually mean we need fewer satellites.

“I will tell you, if you do the ground efficiently, constellations of small sats will be able to take on some of the missions we task the big satellites with today,” said Chappell, vice president of the company’s Global Intelligence Solutions (GIS) mission area.

The trend has been public for some time. 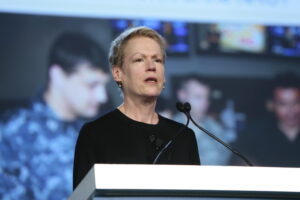 “We anticipate fielding a ground system able to direct appropriate multi-int collection assets against intelligence problem observables able to redirect assets for digital collection to improve our knowledge and able to learn and adapt, all before any human sees what’s happening,” former NRO director Betty Sapp said almost three years ago. Even then, Sapp said “prototypes are driving operations today” that “move at machine speed to notice the unusual hidden among the host of the unusual.” She said the Sentient prototype was involved. (You’ve got to admire that Sentient came after MIND.)

Robert Cardillo, former NGA director, shed a little more light on Sentient two years ago in an op-ed: “The Sentient program is a research and development effort, conducted jointly with NRO, to experiment with automation that ingests data, makes sense of it in the context of an intelligence problem, and then infers likely future intelligence and collection needs.” Note particularly the use of the word “infer.” According to an NRO briefing for an Industry Advisory Working Group last year, Sentient is now “live,” i.e. operational.

Raytheon, of course, has come up with a term for its broad technology approach to this issue: “sensemaking.” These are automated technologies “that can be integrated into just about any data workflow.” Here are a few examples from Chappell. (As you can tell from her descriptions, much of this leaches across into the classified world. We don’t have a lot of details.)

Much of the technologies above apply not just to spy or larger military satellites but also to the rapidly increasing number of so-called mega constellations, made up of thousands of small satellites.

“Understanding the capabilities of each satellite and managing them as a constellation allows you to take better advantage of those small sats,” Chappell told me. That will allow them “to become a bigger part of the core military and intelligence capabilities.” But don’t expect larger satellites to disappear, Chappell cautions. There’s that whole physics thing, after all. Really good optics require scale. Power supplies are needed for larger sensors. “For the foreseeable future,” she says, “large satellites bring a lot of capability only they can bring.” But expect a great deal more from those ground stations.