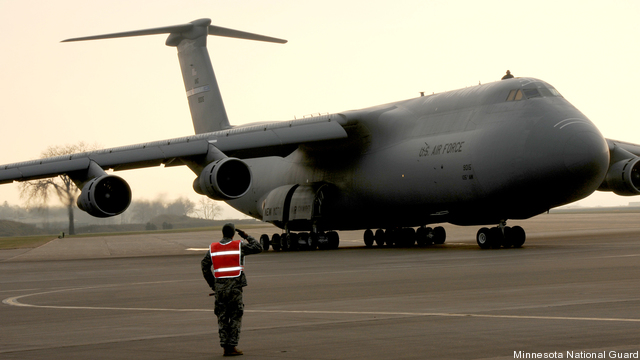 WASHINGTON: The military Reserves and National Guard have spent a decade operating with unprecedented intensity alongside the regular active-duty force in Afghanistan and Iraq. Now, as budget cuts loom, their leaders are fighting hard to keep the funding needed to keep their edge in both training and equipment. Going back to the sleepy days of “weekend warriors” rehearsing with hand-me-down hardware is not an option, they argued: The nation needs them ready, and a new generation of Guard and Reserve troops accustomed to real-world operations won’t accept anything less.

“I’m not satisfied our modernization strategy is going to meet my needs for the immediate future, no sir,” the soon-to-retire chief of the Army Reserve, Lt. Gen. Jack Stultz, told Senate appropriators today. Only 66 percent of his troops’ equipment is modernized to the latest standards, he said. Whether the Army Reserve and Guard should upgrade their old, unarmored Humvees or wait for the Joint Light Tactical Vehicle to replace them is a particularly important undecided question. The uncertainty of the active-duty Army’s ongoing personnel cuts, disbanding of brigades, and reorganization of units might “lead us to delay modernization until we see what the force structure looks like, and I can’t afford to wait,” Stultz said. “My soldiers need equipment today.”

An Air Force colleague was hardly bless blunt. “Our retention numbers are beginning to drop and I attribute that to the Air Force’s 2013 [budget request],” which calls for major cuts in the Air National Guard, said Lt. Gen. Henry Wyatt, who heads the Air Guard. “It has had a more detrimental effect [on morale] than 20 years of continuous combat” since the establishment of “no-fly” zones over Iraq in 1991.

The Air National Guard in particular is caught between two fires. The Pentagon budget proposed cutting 5,100 personnel and retiring an array of older aircraft, decisions Lt. Gen. Wyatt said he argued against “vociferously” during the Air Force’s internal debates, to no avail. The National Governors’ Association fought the cuts, and after negotiations between the governors and the Pentagon broke down, the House voted to ban any aircraft retirements and added $709.6 million to the budget to fund manning, maintaining, and flying the aging planes. But keeping the old aircraft is not what Wyatt wanted, either.

Replacing, for example, the aging and expensive to operate C-5A Galaxy, a gigantic cargo plane, with the smaller, more versatile, and more modern C-17 transport “does bring the Air National Guard more into the relevant aircraft of the future,” he said. Sooner or later, he said in response to questions from Sen. Lamar Alexander, “we are” going to replace the C-5As, and “I hope we don’t” delay it a year. There are big unanswered questions, Wyatt warned: “What is the cost of maintaining the C-5As? Are there appropriations in the ’13 CR [continuing resolution] to do so?”

The Reserve and Guard generals want to modernize their equipment not just for hardware’s sake but keep up the training and morale of their personnel. Since 9/11, their troops have gotten used to real-world deployments – the ones who couldn’t have gotten out by now – and even enthusiastic about them: When the President ordered intervention in Libya last year, he had no authority to mobilize reservists involuntarily, but many volunteered for the operation on their own initiative. (The military term of art is that this is now an “operational reserve”). Meanwhile, as the military draws down, all the Reserve and Guard components are aggressively recruiting personnel who are leaving the active-duty force but who might want to keep a part-time time to the armed forces. Training such highly motivated troops on obsolete equipment that they know full well would never be used in combat is not only poor preparation for war, the generals argued, but deeply demoralizing.

Today’s Guard and Reserve troops are as qualified and dedicated than any in history, Lt. Gen. Stultz told subcommittee chairman Daniel Inouye. Now, he said, with the wars winding down, “the challenge we’ve got, sir, is how do we keep them.“