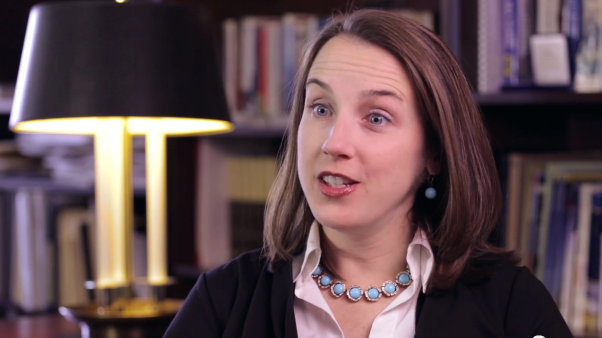 When you add up the defense budget shortfalls for the next few years, it quickly becomes clear Defense Secretary Chuck Hagel’s recent Strategic Choices and Management Review (SCMR) looks to become just what he did not want: actions he will have to implement instead of a menu of options. Pentagon leaders must now consider most if not all of the choices laid out as part of the process evaluating ways the military could operate under sequestration-level budgets for the next decade.

While Secretary Hagel’s review could be one of the most consequential Pentagon undertakings in years, it comes up short in three key areas. The strategic choices assessment:

Planning and programming honestly for the reality of prolonged sequestration is the next step, which means turning SMCR choices into actionable decisions and looking beyond the review for additional adjustments not even considered in the recent Pentagon budget exercise.

Defense Department’s Bills Are Piling Up Even Higher Than Sequestration

Budget cuts are quickly growing beyond sequestration amounts. That is because the Pentagon is using the war accounts to help offset readiness shortfalls to the tune of $10 billion a year. The readiness funding squeeze is exacerbated further by a gap created in 2013 with a final budget that provided less than expected amounts for readiness. Additionally, plans being implemented now to “buy back” readiness after the budget passed for 2013, for example, are winding up costing more than originally intended.

In addition, there have been so many layers of efficiency invoices piled onto the Department over the past four years, simple math dictates those budget targets will be unrealistic to achieve. Yet the money will have to be found or taken from other priorities since the savings were long ago banked. Efficiencies only add to the sequester tab by unknown amounts. Depending on how they are calculated, efficiencies are a bill creeping past a quarter-trillion dollars already just over the past three years. President Obama’s pending budget for 2014 seeks $34 billion in these targeted savings. Meanwhile, previous defense budgets add over $200 billion in 2012 and 2013 to the counted efficiency pot. All of this is before the latest drill announced by Secretary Hagel even begins in 2015 to reduce headquarters funding and staff by 20 percent over the next five years.

Finally, planners must take into account the ongoing and continued likelihood of Congress rejecting many of the Pentagon’s proposals to begin to restrain the cost of personnel and overhead through actions like health care premium increases and domestic base closures, for example. As Secretary Hagel said in his July press briefing on the review, “Every scenario of the review examined showed shortfalls in the early years of $30 billion to $35 billion. These shortfalls will be even larger if Congress is unwilling to enact changes to compensation or adopt other management reforms and infrastructure cuts we’ve proposed in our fiscal year 2014 budget.”

In sum, while many in Congress think the Defense Department’s sequester tab in 2014 will be roughly $52 billion, the wedge is growing over the next two budget years to include:

Dubbed the “orange triangle” in internal Pentagon parlance and briefing charts, the growing budget gap beyond sequestration is a very real challenge that no one yet knows how to liquidate or come close to realizing. Each dollar is on top of what is owed under sequestration. This further elevates the importance and urgency of the Pentagon’s choices outlined in July and makes their implementation more likely under any budget scenario, including even a grand or mini-bargain.

The bottom line of the Pentagon’s recent review: Secretary Hagel says the choice will be between a smaller and modern military or a bigger and older one. The simple truth is that the US military is set to become both smaller and less modern in the course of this defense drawdown. The tab is simply too big and Congress too unlikely to approve compensation and infrastructure changes to allow the Pentagon to make truly strategic choices under reduced budgets of any amount, including sequestration.

The outcome under Hagel’s scenario where the Pentagon forgoes modernization is likely with any additional defense cuts. The modernization accounts have been the favored pot of money to raid for the past four years, and still more reductions are to come. This makes the prospect of a decade-long “modernization holiday” not a distant possibility but rather an unfortunate reality.

But the Secretary of Defense left out other options when presenting his binary choice to policymakers last month. The future of the US military is not one of capability versus capacity since both will be sacrificed.  While protecting readiness is one of the highest priorities of Pentagon leaders, it will continue to fall under all budget scenarios, as well.

Unsaid in the recent SCMR outcome, however, is that much deeper readiness reductions are also an option — however unattractive — Washington might consider in the future. Defense leaders have been protecting readiness to every seeming extent possible in recent years, in part to avoid the prospect of a hollow force. It has paid off. Army leaders have characterized the service as the most ready it’s been in 40 years. While clearly a priority, officials could certainly entertain the prospect of reduced or tiered readiness for the Defense Department, across the military branches and spanning the active, Guard and Reserve components.

Other choices beyond those presented as part of the SCMR are also available — with the understanding that many of them are often a function of the other (just like capability versus capacity). While presumably all of the additional options are equally unappealing, they still could include, for example:

Also notably absent from Secretary Hagel’s list of choices for policymakers is a deeper and more significant reduction to America’s largest employer: DoD. While the strategic review proposed “modest” compensation changes focused mostly on military servicemembers and retirees, reductions of any serious size were not considered to the swollen 800,000 Defense Department civilian workforce.

While the armed forces will surely consider civilian manpower cuts as part of their POM-15 work, the fact that this workforce — which has only grown the past four years while the active duty roster has been hemorrhaging personnel — was mostly exempt from Hagel’s review is surprising. Worse, it is just plain unaffordable. While the two workforces are not always directly linked, the math curve has bent too far to simply avoid the discussion of whom, how, where, and when the (already overdue) plan for rightsizing DoD civilians is to take effect.

While America has disarmed each time after previous wars of the past century, this is the first defense drawdown taking place while a significant number of US forces are still engaged in hostilities; the first with a professional force following active, extended combat; the first without mobilization preceding conflict and demobilization following; and, the first without any major modernization or build-up taking place since the last drawdown. It is also a defense build down occurring when the world appears less secure and military requirements are remaining steady if not growing in select missions.

All of this means that the choices Pentagon leaders make over the next several years must be given consideration from every angle. Even if sequestration does not represent the steepest drawdown in US history, it is unprecedented in its circumstances. Many of these possible choices are harsh and unwelcome. But other SCMR and Pentagon reform proposals are long overdue for consideration and should have been evaluated years ago when the defense budget began its descent. Still others are not yet under serious enough examination — like the size and structure of the Defense Department civilian workforce.

Regardless of whether sequestration sticks in 2014, it is clear the military budget is dropping precipitously. The SCMR was an important first step in the process of making difficult trade-offs. But now it is time to start choosing what should be implemented from the list of options, what should be thrown overboard and what is missing from the review’s results. While Pentagon leaders understandably did not want the review’s choices to become a blueprint for action, growing budget gaps mean it is past time to begin considering which options may be executed with minimal consequences to those serving and our national security strategy.

In the absence of such a blueprint for action, sequestration has allowed this presentation of trade-offs to remain a largely academic exercise in defiance of mandated reductions. Eventually, the reality of sequestration will force these choices. Policymakers will be worse off, however, if they have not begun debating and deciding how specifically to implement sequestration for the next decade. Secretary Hagel must now turn his strategic review into a concrete plan of action and add additional color and choices for policymakers beyond those already presented.