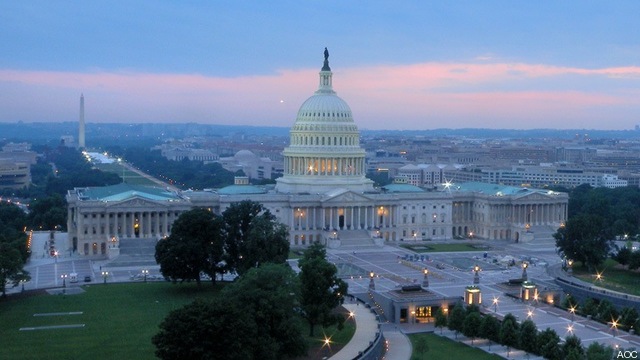 There is broad bipartisan agreement that few national security issues are as critical as how to deal with America’s crippling debt. This means we should spend scarce dollars on the weapons we need for current threats and not on programs with diminishing strategic relevance.

Republicans on the House Armed Services Committee, however, apparently are still stuck in the Cold War.

Last week the House passed an annual bill authorizing spending on US national defense activities that includes hundreds of millions of dollars in unneeded funding for nuclear weapons programs that US military leaders did not ask for and House appropriators do not support. In addition, the legislation includes provisions that would restrict and perhaps even block the Pentagon’s ability to implement the New Strategic Arms Reduction Treaty (START) if Congress doesn’t approve this unnecessary spending.

New START, which entered into force in February 2011 with bipartisan support, calls for modest reductions in the size of US and Russian deployed nuclear forces. If written into law, constraints on New START implementation will infringe on the Pentagon’s ability to meet the treaty limits in the most cost-effective manner, perhaps even causing the United States to miss the treaty’s 2018 implementation deadline, which could prompt Russia to rethink its own commitment to the treaty.

Why risk undermining an agreement that makes America safer? According to House Strategic Forces Subcommittee Chairman Rep. Michael Turner, the required reductions are not in the US interest because the Obama administration’s fiscal year 2013 budget request for nuclear weapons programs of the National Nuclear Security Administration (NNSA) and the Pentagon does not comport with a ten-year funding plan authored two years ago when the Senate was debating New START.

The committee’s legislation adds more than $320 million in spending on the nuclear weapons complex and seeks to reverse the administration’s five-year deferral of construction of the Chemistry and Metallurgy Research Replacement Nuclear Facility, a new plutonium facility scheduled to be built at Los Alamos. It also includes additional funding and legislative constraints to ensure that the Navy retains no fewer than twelve submarines.

Yet New START should not be held hostage to predetermined levels of funding regardless of the current economic environment or the availability of less expensive alternatives. What matters is whether the United States is funding the capabilities necessary to maintain the health of the nuclear stockpile. Even with the fiscal limitations imposed by the bipartisan Budget Control Act, the 2013 budget request for NNSA weapons activities is an increase of $363 million, or 5 percent, above last year’s level – more than enough to maintain a safe, secure, and effective arsenal.

In fact, the cuts to this account that the Republicans are now decrying not only began before the Budget Control Act was even negotiated; they were spearheaded by the Republican-led House appropriations committee. The trend continued this year: In April the committee funded these activities at the administration’s requested level.

While Republicans on the House Armed Services Committee ignored the Budget Control Act constraints in increasing nuclear weapons spending, military leaders argue that this spending is unaffordable and not needed now. For example, the five-year deferral of the Los Alamos plutonium facility will not compromise the maintenance of the stockpile as essential plutonium missions can be performed for less money by the existing complex.

Requiring the Navy to maintain no fewer than 12 nuclear ballistic missile submarines would rob it of the ability to maintain and field its forces in a manner best-suited to the future security and economic environments. The Navy’s budget request delays by two years plans to build 12 new submarines (SSBN-X), which will result in a force of 10 boats during part of the 2030s. The Pentagon believes the delay is manageable and necessary to put the replacement program on a more stable and predictable footing. House defense appropriators appear to agree, as they did not increase funding for the new submarine above the budget request.

The United States can maintain its security and that of its allies with a much smaller number of nuclear weapons. As former Vice Chairman of the Joint Chiefs of Staff Gen. James Cartwright stated recently: “Our current arsenal does not address the threats of the 21st century.”

As the defense bill moves through Congress, we urge lawmakers to protect US national security by ensuring that US nuclear policy and spending is driven by strategic needs and affordability, not the inertia of partisan politics and a Cold War-era mindset.

Robert Gard, former executive assistant to two secretaries of defense, is chairman of the Center for Arms Control and Non Proliferation. Kingston Reif is the center’s director of nuclear non proliferation.