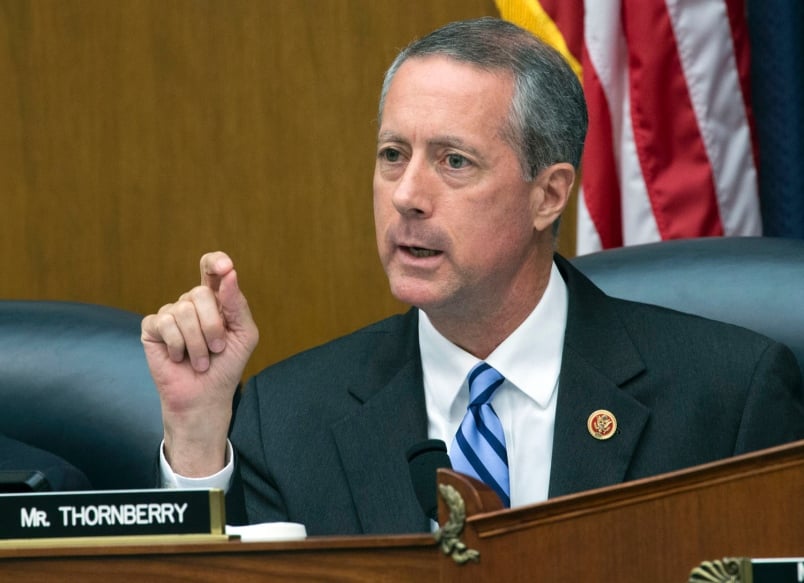 CAPITOL HILL: There’s a fight brewing in Congress over one leading Republican lawmaker’s proposal for a 25 percent cut to over two dozen Pentagon support offices. The plan was included in the markup of the 2019 National Defense Authorization Act released Friday by the House Armed Services Committee.

HASC chairman Mac Thornberry added language in his committee’s markup of Pentagon’s budget that would slash a good chunk of the funding for the so-called “Fourth Estate,” which employs hundreds of thousands of government employees and contractors who perform support functions in the fields of civilian resources, services contracting oversight, and logistics.

The nearly 30 offices targeted consume about 20 percent of the Pentagon’s overall budget, but House aides said Friday that even the Pentagon doesn’t have a handle of exactly how much they cost.

A document released by the minority Democrats on the HASC on Friday slammed the reduction, calling them “an unrealistic and unnecessary sequester-like automatic (cut)” that would eliminate critical support functions.

Republican staffers quickly pushed back. “You’re talking about the bureaucracy for the bureaucracy,” one House aide said. Speaking on the condition of anonymity, the aide said that many of the functions are redundant, since they’re already being provided by the services themselves.

“Is that middleman adding any capability, or is it simply reducing the efficiency and speed” needed to reform the department, the aide asked. The idea behind Thornberry’s changes are to “empower the Secretary of Defense to go in and evaluate” these offices and recommend ways to slim them down. 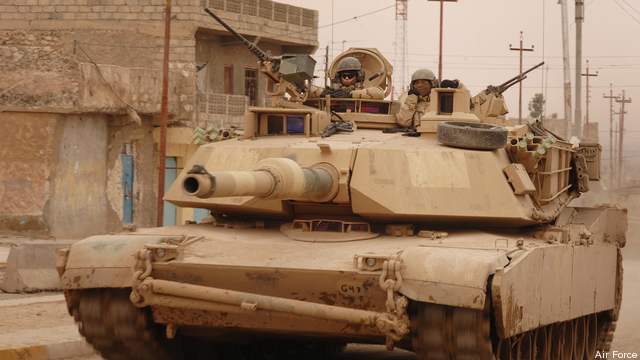 M1 Abrams tanks like this one will not be rolling down Pennsylvania Avenue.

Thornberry’s mark also supports President Trump’s call for a military parade later this year. But the chairman was careful to set some limits. “We don’t want to see tanks rolling down Pennsylvania Avenue,” one committee aide said.

The HASC mark says that while the parade can go on, it “prohibits the use of operational units or equipment…if the Secretary of Defense believes such use will hamper readiness.”

The markup in many ways mirrors the subcommittee marks released last week, and often doesn’t differ in significant ways from the president’s budget released in February.

The HASC mark authorizes $639 billion for the Pentagon’s base budget spending and another $69 billion for OCO, for an overall price tag of $708 billion. A few points:

The full document — with all the numbers — will be released on Monday, followed by a day (and night)-long hearing on the docket on Wednesday to slash and burn through amendment requests by HASC members.