How To Cut The Defense Budget Without Killing The Force 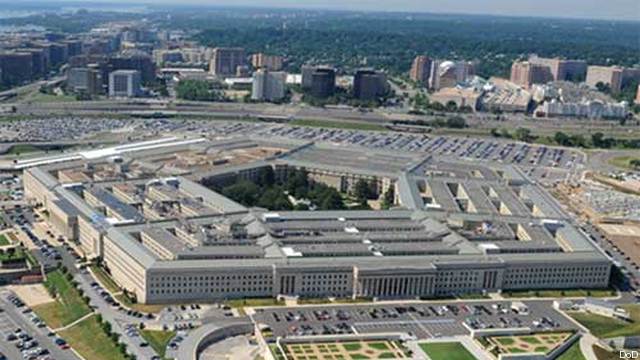 The House passed the second Continuing Resolution of the year today, avoiding the direst scenario that had haunted many in American defense circles. But the CR’s passage does not mean anyone has avoided sequestration, as the mandatory budget cuts are known. And cutting $50 billion a year from the Pentagon budget for the next 10 years — which will happen under sequestration — will still mean serious cuts to what is, admittedly, the enormous defense bill we pay.

As many senior officials and lawmakers have pointed out, the manner in which these budget cuts must be implemented is the real problem. So far, it looks as if a program gets cut by 10 percent. Period. The Pentagon can’t make any choices about what to cut or when under sequestration and it can’t distribute the cuts across programs to lessen their effects or to ensure we can buy the weapons we really need without greatly increasing their units costs. Add to this congressional reluctance — born of fear — to cut troops’ pay and benefits and you face incredibly challenging strategic choices. I asked Loren Thompson, a member of our Board of Contributors, to detail how the military can cope with this. Read on. The Editor.

But, after wrangling over sequestration and tax increases for years, the two parties have backed into implicit agreement that military budgets can be cut. For instance, the fiscal 2014 budget resolution unveiled by House budget committee chairman and Republican spokesman Paul Ryan on March 12 would cut military outlays well below the 4 percent of gross domestic product that he and running mate Mitt Romney advocated during last year’s election campaign. Over a 10 year period, the Pentagon would get $2 trillion less than the previous Republican plan provided.

Democrats have also come around to defense cuts, now that they realize the alternative in any deficit-reduction scheme would be to slash entitlements. This emerging bipartisan consensus goes beyond mere numbers: both sides are determined to protect people in their defense cuts, meaning the generous benefits received by warfighters, veterans and their dependents. That is one entitlement that neither side looks willing to trim.

So while we are unlikely to see the “grand bargain” looked to for salvation by many in the Pentagon, one that reconciles Republican and Democratic philosophies of government in a balanced budget, we will see additional defense cuts in the future. In fact, the outlook is for steady erosion in the buying power of the Pentagon’s budget through the end of the decade, unless some big new threat comes along to rearrange political priorities.

If military leaders want to have any say in the fate of their services, then they need to identify what they can do without. The plaintive plea that Joint Chiefs Chairman Martin Dempsey keeps voicing in hearings, asking what missions Congress wants the military to give up, will never get a clear answer.

For its part, the Obama Administration has provided Pentagon planners with a template for cuts by unveiling its Asia-Pacific strategy last year. But that shift in strategic focus is so nebulous in its requirements that the administration proposed major cuts to the shipbuilding budget only a month after releasing its new strategy, which would appear to have required more ships. It is an open-ended pretext for reducing forward presence everywhere from Europe to Africa to the Middle East.

And the administration has given us a foreign policy to match. No big involvement in failed states like Libya and Syria, just small footprints using special forces and drones. It’s hard to argue for a bigger involvement given how the conflicts of the last decade turned out. With America on the road to energy independence, it will be increasingly difficult for Pentagon leaders to convince either party we need to secure Persian Gulf oil supplies. In this environment, it should be relatively easy for military planners to make cuts so long as they don’t commit the political sin of seeking to cut military pay and benefits. Granted, every analyst who looks at the compensation system comes to the same conclusion — we could cut pay and benefits without impairing the quality of the All Volunteer Force. But the political system won’t accept such cuts so the Pentagon is just wasting its time by trying.

The system is much more favorably disposed to cutting weapons. Despite all the conspiracy theories about how weapons makers manipulate Washington, the historical record shows that the Pentagon’s investment accounts have much less political protection than other types of military spending.

When former defense secretary Gates proposed a modest increase in the healthcare fees paid by warfighters, Congress was up in arms; when he killed the centerpiece of Army modernization — the Future Combat System — nobody noticed. Problem is, the administration has already spent four years following the path of least resistance by canceling or delaying weapons systems (as it acknowledged in its fiscal 2013 defense request). The Navy’s new destroyer and cruiser are gone. The Air Force’s F-22 fighter is gone. The Army’s next-generation air defense systems are gone. Chuck Hagel could go right on killing weapons programs for another four years, but by the end of his tenure America’s lead in military technology would be gone too. Besides, the Navy’s whole shipbuilding program amounts to barely 2 percent of the defense budget, so just cutting weapons won’t answer the mail on deficit reduction.

What the Pentagon needs is a way of cutting its people costs without running afoul of Congress or severely impairing readiness. One answer is to reduce headcount — not force structure, but the tens of thousands of uniform personnel who don’t contribute all that much to America’s military strength.

Three years ago, the Defense Business Board conducted a study that found 340,000 military personnel were engaged in performing “commercial” activities — activities not inherently governmental in nature. That’s as many uniform personnel as were deployed at the time. The same study found that after 10 years of fighting overseas, 40 percent of the force had never deployed. That doesn’t mean they weren’t doing useful things, but it does raise the question of why military personnel were being used.

Those military personnel cost a lot more than civilian workers or contractors. On a per capita basis, the business board estimated their average annual carrying cost at $160,000. That works out to $54 billion spent annually on employing uniform personnel in activities that civilians could perform. Unlike civilian workers, the board noted, military personnel could retire after 20 years of service and then collect generous benefits for the next four decades.

By substituting civilians for uniform personnel in these positions and downsizing the ranks of warfighters to those who are actually needed to fight wars, the Defense Department could reap sizable savings every year. It wouldn’t even need to adjust prevailing compensation rates to generate the savings, so long as it reduced the ranks of warfighters by replacing them with civilians in non-combat roles. It thus could cut the cost of military pay, healthcare and retirement while sidestepping a confrontation with Congress — and maybe avoid a divisive future debate about why personnel who never deployed get similar benefits to warfighters who repeatedly have been put in harms way.