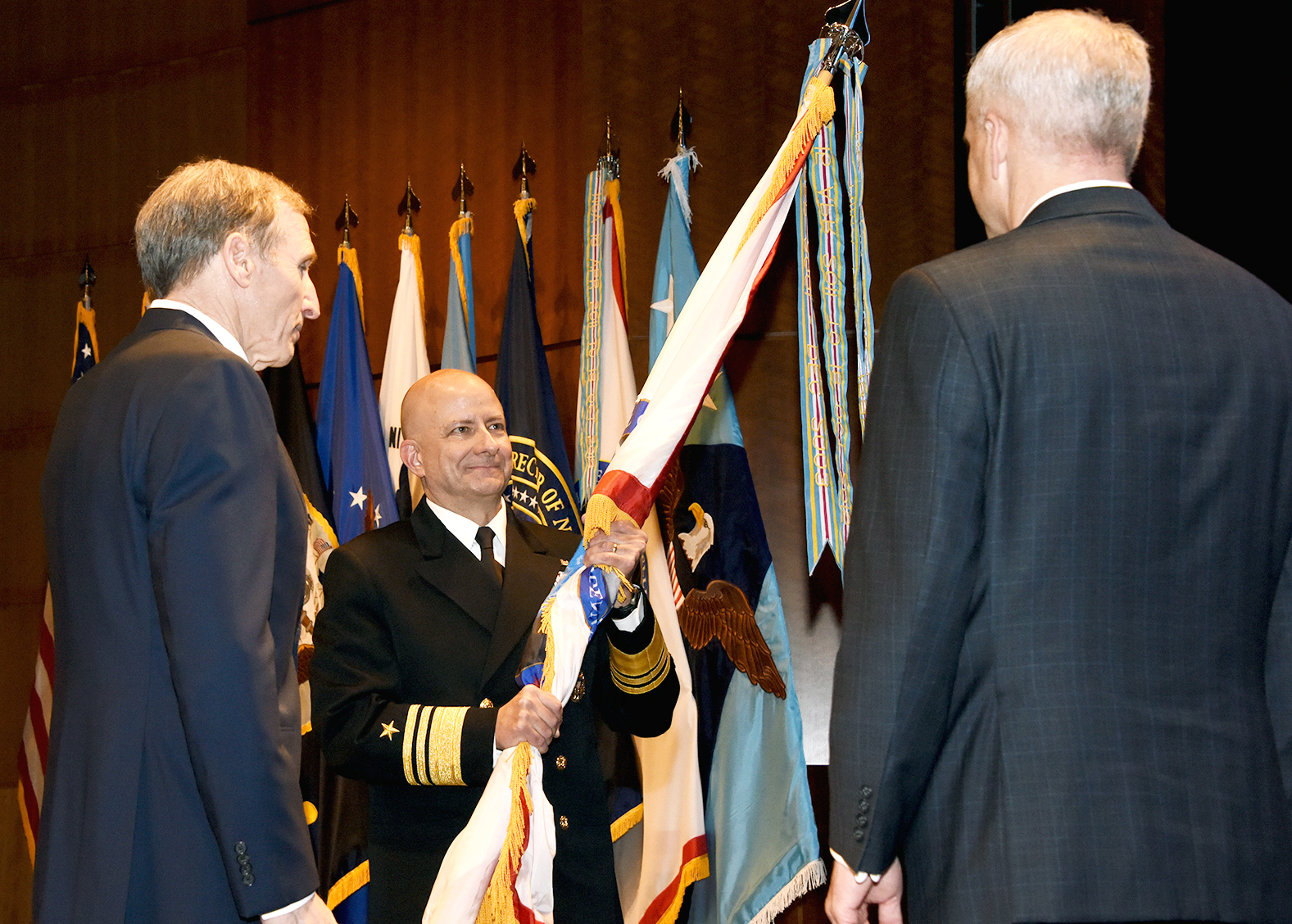 NGA HQ: The low grading noise you could barely hear yesterday was the sound of the tectonic plates of American intelligence shifting as the National Geospatial Intelligence Agency and the National Reconnaissance Agency got new directors.

I was the only reporter to attend the change of leadership ceremony at NGA so I feel a responsibility to detail some of what was said. While there was no news, you can at least get some idea of the crucial importance of geospatial intelligence from those who attended, including: Dan Coats, the Director of National Intelligence, Joseph Kernan, Undersecretary of Defense for Intelligence (USDI), Eric Shinseki, former Army Chief of Staff, Sue Gordon (the former NGA deputy who got the longest and most vigorous applause of all the visitors), Gen. Paul Nakasone, head of Cyber Command and the NSA, and Lt. Gen. Dash Jamieson, head of ISR for the Air Force, were all there.

Sharp appeared, well, pretty sharp. He spoke in sentences and appeared genuinely excited to lead what is arguably the most important of the three military intelligence agencies since it often does what one might call the data fusion of information from the NRO and NSA. Little is known publicly about the longtime naval intelligence officer beyond the fact he was last commander of the Office of Naval Intelligence and director of the National Maritime Intelligence-Integration Office. There is one very encouraging fact that should be noted. Sharp graduated from the University of the Pacific with a degree in English. His predecessor, Robert Cardillo, was also a liberal arts grad and it showed in his ability to communicate with Congress, President Obama (whom he briefed every day for years), the public and his workforce. 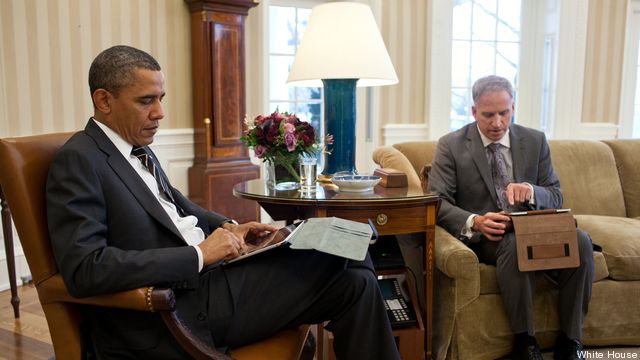 Bob Cardillo delivers the Daily Presidential Briefing to President Obama using a tablet for the first time, instead of paper.

Cardillo was no stranger to mapping, photo imagery or geospatial intelligence. He was the first career NGA employee to rise to director, with a relatively brief diversion to DIA and the Office of Director of National Intelligence. He began his career as a GS-7 photo interpreter. As a reporter, I will miss Cardillo’s eloquent and thoughtful answers to our often fumbling questions.

At the NRO, we don’t know much, as usual. Sapp, who has done all in her power to drag the NRO back into the shadows while rebuilding its once renowned engineering and acquisition skills, rarely spoke in public and even more rarely said anything that shed light on the workings of her crucial agency. Sapp deserves much credit for helping rebuild NRO’s credibility on the Hill and appearing to improve its acquisition performance after more than a decade of troubled programs, most notably the flawed and cancelled Future Imagery Architecture. (Of course, we know almost nothing except what Sapp told us in her very rare public appearances, where she almost always refrained from taking direct questions from the press.) Scolese brings management skills with him from the six-month period he was acting administrator of NASA, as well as his almost six years running Goddard. We can hope that Scolese, with his long grounding in NASA’s culture of openness, may widen the aperture so both Congress and the public can help the agency make more informed decisions about its work.