Posted by Barry Rosenberg on September 10, 2019 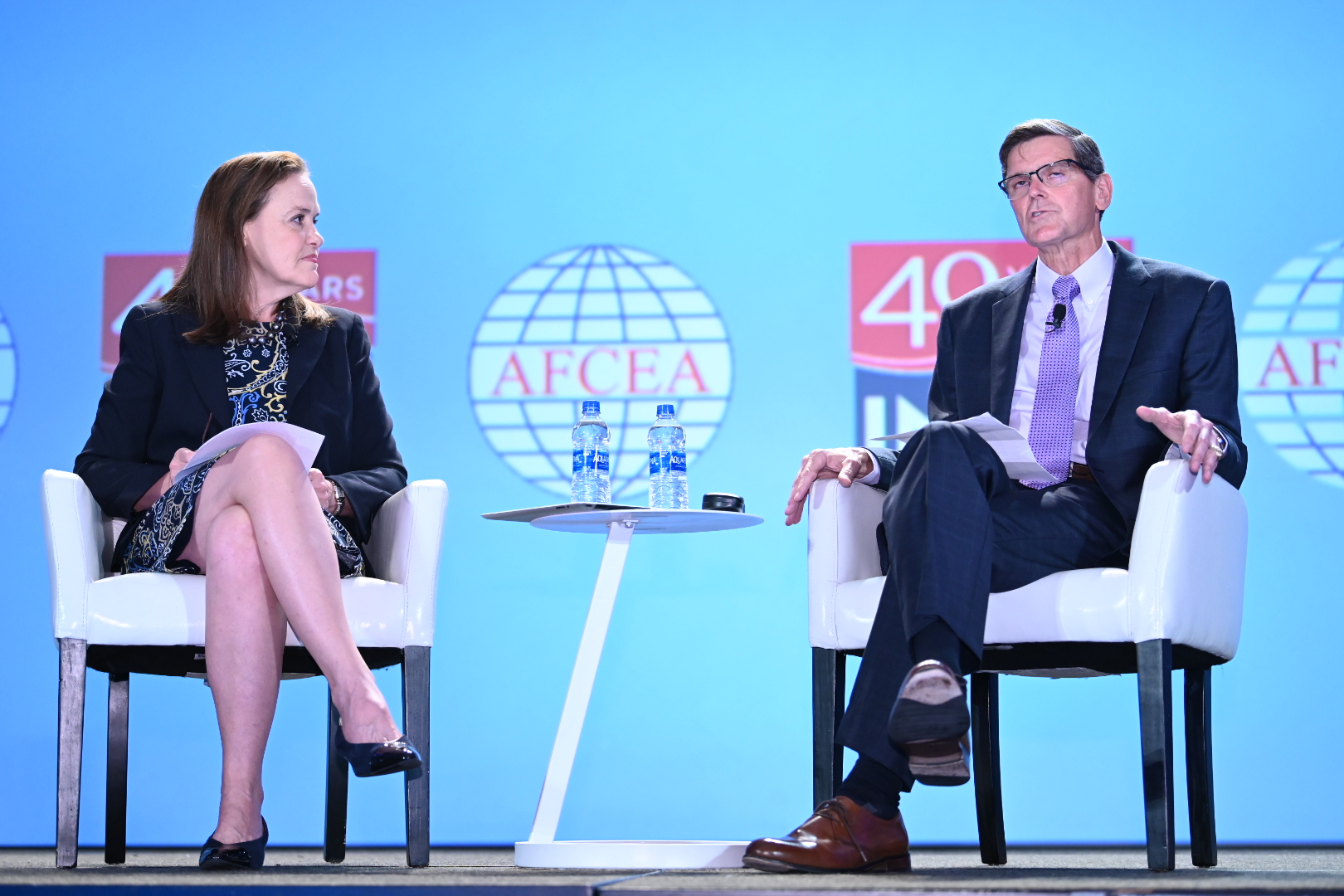 In films like “Zero Dark Thirty,” U.S. troops are often shown collecting laptops, videos, papers and other possible sources of intelligence that the combatants extoll as possible treasure troves of information. In present-day battles against ISIS in Iraq and Syria, however, that potential cornucopia of data left behind in the sand is often not as accessible as the Intelligence Community would like it to be, according to Joseph Votel, former commander of both Special Operations Command and Central Command.

“We’ve picked up a lot of information off the battlefield from Iraq and Syria from our ISIS adversaries and our ability to mine that data and turn that into a usable format continues to be a challenge for us,” he said this week at an INSA/AFCEA conference. Describing that issue as a Big Data problem, he added that “we have to look at how we exploit that (potential intelligence) at the speed of a campaign; it’s very, very important to us.”

That’s the type of truth telling that journalists hope to hear from recently retired military officers when they’ve been unshackled from the constraints of their uniforms. To a degree that was the case in the conference plenary session when Votel responded to questions from Michele Flournoy, former undersecretary of Defense for policy and principal advisor to Defense Secretaries Robert Gates and Leon Panetta, from 2009 to 2012.

Votel opened the door slightly on a variety of intelligence and national security challenges: leveraging open source information and social media, the great power competition with China and Russia, preventing strategic surprise, technology disruption, and looking beyond the Five Eyes countries for sources of overmatch.

Open source information, for example, used to be a ready-made tool for everyone to better understand a topic by reading what other people wrote and published about it. Think “Jane’s All the World’s Aircraft”, which has been published for more than a century and was a gold mine of military intelligence in a single book in the years before the Internet. Today’s digital age has spread that type of information to myriad outlets from every corner, much of it buried in social media and the Dark Web. Making sense of it, let alone finding it, is a key challenge today for the IC.

“In our defeat-ISIS activities, we’ve had a struggle and presently continue to struggle with the challenge of open source and publicly available information, and how we leverage that to make it truly useful for the warfighter,” said Votel. In the same breath, Votel added that the IC’s ability to “understand” the important role that social media plays in ISIS activities, propaganda, and recruiting is murky.

Moving from the ISIS insurgency to the global great powers conflict simmering today on low boil, Flournoy called it an “historic shift” in worldwide competition between the U.S., China, and Russia. Votel agreed.

As an example of his last point, Votel contrasted America’s unhindered access to the Suez Canal thanks to the long-term care and feeding of its relationship with Egypt compared to the deterioration of America’s relationship with Turkey’s — made worse recently by the NATO ally’s purchase of Russia’s S-400 missile defense system. Each are wrapped up in the question of “strategic surprise”.

In the Middle East, for example, he mentioned the importance of preventing the creation of safe havens for terrorists, preventing the proliferation of nuclear weapons, and maintaining U.S. freedom of navigation and commerce.

“We don’t want to wake up and (find that) these relationships don’t exist. What is sustainable; what level of military presence is required for persistence over time? (We must) make our partners strong, and make sure we have the right investments with them and providing them with the right equipment and support can help offset this.

“And, of course, all of that has to be underscored by synchronization in our diplomatic, economic, and military realms so we are very clear in terms of what we’re trying to accomplish in these areas.”

Not doing so, Votel said, could lead to a worst-case scenario — a stronger alignment between our two great-powers rivals, China and Russia, which he noted also worried former Secretary of Defense James Mattis.

Wrapped up in that concern is the technical disruption wrought by artificial intelligence, quantum computing, and genetic engineering to name several, especially as they can be wielded as weapons of influence and military might by the Communist powers of China and Russia. China’s “Made in China 2525” plan, for example, lays out its strategic plan for dominating the world in areas like aerospace, semiconductors and IT, robotics, pharmaceuticals, and automotive. Mastery of those tools of technical disruption are part of the plan.

But as Flournoy pointed out, China’s plan is a “multi-billion-dollar multi-year state directed and civil-military fusion doctrine that ensures their private companies are carrying water for the military.” Flournoy is presently CEO of WestExec Advisors and former CEO of the Center for New American Security, a think tank she co-founded in 2007.

Votel said the proper response in the West should be stronger public-private partnerships between governments and the private sector.

“We have to make a commitment to prioritize and invest in the appropriate resources to ensure that we are where we need to be. We can’t rely solely on the private sector or the government to do this; there has to be a partnership and a significant investment.”

The U.S. should also look beyond its borders for such partnerships, and even past its closest relationships with the other members of the  Five Eyes alliance that includes Australia, Canada, New Zealand, and the UK.

“Our Five Eyes arrangements have served us extraordinarily well, but we have equally excellent partners outside the Five Eyes,” Votel said. “We have to look at how we share information and development of key technologies with them, as well. We’ve made some progress in these areas, but there is more that needs to be done. This really is our strategic advantage, our partnerships.”