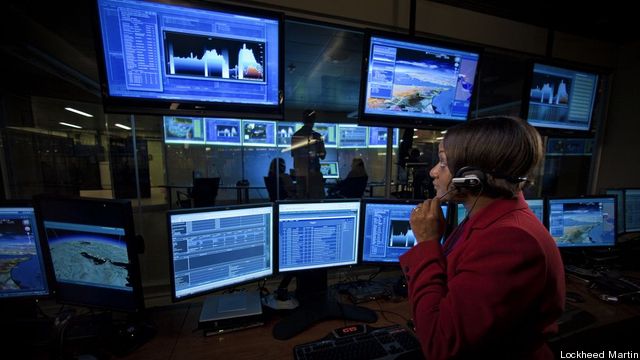 FARNBOROUGH AIR SHOW: Lockheed Martin, joining Boeing, Raytheon and other prime contractors in pursuing foreign sales in the face of drooping domestic spending, has announced it plans to increase them to 20 percent over the next “several years.”

Incoming President Marillyn Hewson told reporters at a dinner hosted in the wonderfully named In and Out, a London club for military officers more properly known as the Naval and Military, that Lockheed would pursue an increase in foreign sales but did not say how. So I asked her what regions and sectors were likely to be the source of most of the sales. She listed the Asia-Pacific and Middle East, which pretty much anyone could guess at. Europe will also figure in the growth, but won’t drive most of it, she added. A wide of range of weapons may help to boost foreign sales.

“We see opportunities to grow our business internationally and in the UK,’ Hewson said. Lockheed just opened a security intelligence center here and another is opening in Australia. Cloud computing is also an important part of the cyber approach.

Possible sales of integrated air and missile defense systems to the UAE and Saudi Arabia are “big opportunities for us,” added Gerard Fasano, president of Lockheed’s information systems and global solutions. Airborne ISR systems are also a promising area of sales to Europe, Fasano said.

And, of course, no one should forget the importance of international sales of the Joint Strike Fighter program.