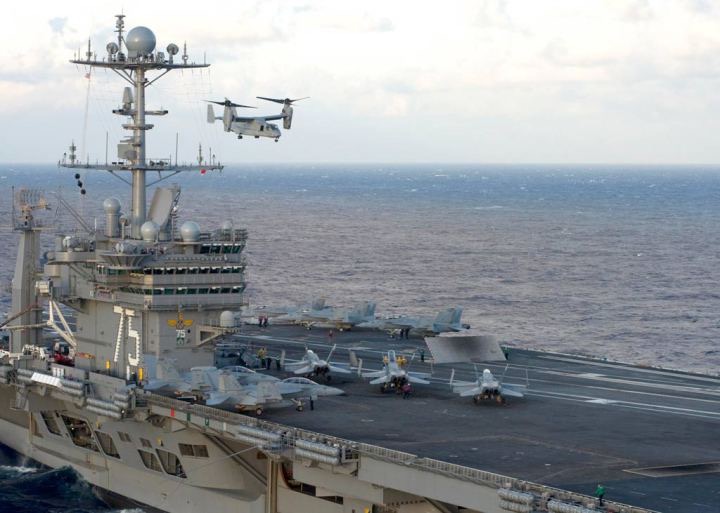 A recent University of Michigan study found that poor families often pay higher prices for necessities because they lack enough cash on hand to make bulk purchases at lower unit prices. This “poverty penalty” could soon apply in defense acquisition. A potential case in point: The V-22 Osprey tiltrotor transport.

After years of hesitation, the Navy finally decided last year to buy 44 CMV-22B variant Ospreys to replace its C-2A Greyhound airplanes in Carrier Onboard Delivery (COD) missions. But the way the Navy handled the V-22 in this year’s budget calls into question how firm its commitment to buying that many Ospreys really is. The Navy has so many competing, expensive and higher priorities that some Osprey partisans wonder if the money will be there for all those aircraft in the end even if, as expected, the Naval Air Systems Command (NAVAIR) and Osprey makers Bell Helicopter and Boeing Co.  negotiate a new multiyear contract – a bulk purchase at lower unit prices. In other words, the poverty penalty could come into play.

“The stress on the budget is real, it’s acute,” said one retired Marine general. “We don’t know right now how many airplanes the Department of the Navy is going to buy. If the multi-year falls apart, it could be less.”

Under an informal rule set by Congress, multiyear contracts are required to provide at least a 10 percent saving over annual contracts. Under the final year of the program’s second multiyear contract, the Marine Corps requested 16 Ospreys in fiscal 2017 at a “flyaway” price of $74.7 million apiece. Future projections released with this year’s budget show that price rising to $94.7 million per Osprey if they don’t get a new multiyear.

But these days even a multiyear is apparently no guarantee of purchase. The Marines were supposed to buy 18 rather than 16 Ospreys in fiscal 2017 but were forced to cut two V-22s and use that $150 million to pay other bills.

Lt. Gen. Jon Davis, deputy commandant for aviation, is concerned about the Osprey program. “This is a great airplane, the most in-demand capability in all of DoD,” Davis said. “We need a well structured multiyear plan that addresses both new procurement and the readiness levels in the nearly 320 Marine aircraft already procured.”

Congress might restore the two Ospreys that Davis had to cut this year, but having had to cut such a high priority item isn’t the only reason for Marine leaders to be concerned. Those same budget documents that show the Osprey’s flyaway price jumping $20 million in fiscal 2018 also reveal that the Navy has pulled a bit of a fast one on the Corps when it comes to buying CMV-22Bs.

Eager to get the Navy into an Osprey, Marine leaders agreed last year to front their sister service half the money needed to acquire the first two dozen CMV-22Bs. A Jan. 15, 2015, Memorandum of Understanding (MOU) signed by the Navy secretary, the Chief of Naval Operations and the of the Marine Corps commandant transferred to the Navy funds that had been allocated for the Marines to buy four V-22s a year in fiscal 2018-20. The Navy was to spend its own money on four additional Ospreys in each of those years, as well, buying eight a year in all. Instead, those budget documents show that the Navy now plans to buy only six instead of eight Ospreys in each of the next three fiscal years. If so, the Navy will be paying other bills with money the Marines provided to buy Ospreys. Of course, the Marine are part of the Department of the Navy when it comes to budgeting, so this sort of thing can happen.

The MOU says the Navy is to repay the Marines by financing four Ospreys a year for the Corps in fiscal 2021-23, but predicting future defense budget decisions these days is risky business.

“As everyone who follows the budget knows, the only money you can actually count on is the money you have in your mitts and can spend right now — unless somebody steals it from you before you can get it expended,” said the retired Marine general.

If Congress restores the two Ospreys the Marines had to cut this year, the service will need 22 more to complete their planned fleet of 360. The Air Force has finished buying 53 CV-22Bs for special operations, so with the Navy’s planned 44 CMV-22Bs, the total number of Ospreys remaining to complete the “program of record” is 66. NAVAIR and Bell-Boeing have begun discussing a new multiyear but the negotiations could continue another year or more.

Absent a multiyear, current plans show a three-year gap in Marine Corps Osprey procurement, leaving the Navy’s six a year as the only U.S. government V-22s budgeted in fiscal 2018-20. Japan is expected to take five Ospreys in 2018 of the 17 Tokyo intends to buy, and it’s assumed the Marines will get at least some V-22s in those years under a new multiyear. But that also assumes the Navy Department will have enough cash on hand to avoid the poverty penalty.