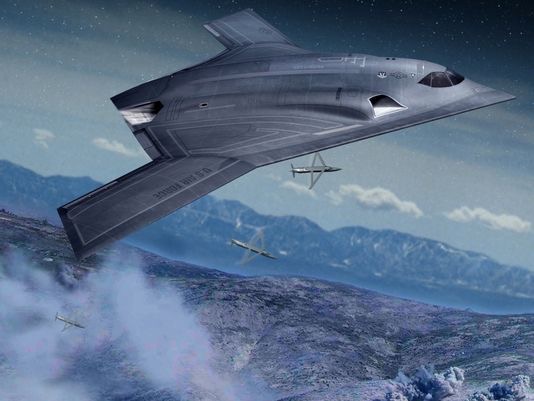 WASHINGTON: In a sign that this town is slowly coming back to life after a laconic August, the Senate Armed Services Committee has written Defense Secretary Ash Carter about mistakes made about the price of the Long Range Strike Bomber (LRSB) in two reports to Congress and raised questions about the latest delays to Boeing’s problem-plagued KC-46 tanker.

“We are deeply concerned about the Defense Department’s recent congressional notification of significant errors in the long-term cost estimates of the Air Force’s Long Range Strike – Bomber (LRS-B) aircraft,” Chairman Sen. John McCain and Ranking Member Jack Reed say in the first letter. “To commit administrative errors amounting to tens of billions of dollars is simply unacceptable.  It cannot, and should not, be tolerated by either members of Congress or our defense leaders.”

Northrop Grumman and the Boeing-Lockheed team are eagerly awaiting award of the landmark contract.

Here’s the Air Force’s official line on the scripts from Air Force Secretary Deborah Lee James when she talked with the press last week:

I asked a SASC aide whether the letter indicates the committee doesn’t buy the Air Force’s explanation that the price is unchanged, but that mistakes were made coordinating with the nuke report folks.

“The Committee is not jumping to any conclusions about buying or not buying an explanation, just submitting that ‘administrative errors’ are unacceptable,” an aide said in an email.

I also asked if this reflected SASC “unease” about the rate of spending on LRSB, ahead of the official contract award for the program, expected sometime “soon.”

The House Appropriations Committee and SASC have made clear they think spending is moving too fast, whacking $460 million of the $1.2 billion request for 2016 in its markup.The SASC National Defense Authorization Act report noted that selection of a contractor to begin the Engineering and Manufacturing Development (EMD) program had been delayed at least four months. LRSB program officials told the committee that meant $360 million of funds from the year before “could be used” and another $100 million from this year’s request would not be spent.

The SASC aide replied that, “I wouldn’t say there is an ‘unease’ about the amount of money (yet) as much as skepticism based on performance of other large DoD acquisition programs in the past.”

The McCain/Reed letter argues that, “such dramatic discrepancies in the long-term cost estimation for the LRS-B program are difficult to understand, and unfortunately do not inspire confidence about the Department’s management of this important acquisition program.” 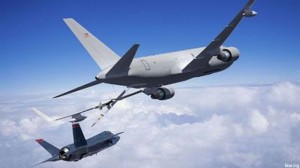 So the SASC asks the Pentagon to provide, most importantly, “a detailed accounting by line item of the elements used to estimate the 10-year costs for the LRS-B program.” They also want, “a detailed assessment of impacts to the LRS-B program of the increased cost estimates, as well as the Department’s ability to appropriately fund the program in accordance with the approved acquisition strategy.”

The second letter — this one only from McCain — takes Boeing and the Air Force to task for the latest cost increase to Boeing’s KC-36 tanker. So far, Boeing has admitted to an increase of $835 million this year. Add last summer’s $425 million and the program is now $1.2 billion behind the eight ball on the fixed price program. And 18 tankers are supposed to be ready by August 2017,

The letter notes that the delays and and cost overruns, “are indicative of a program at risk of not meeting its planned delivery milestones. As a result, I am concerned that the recent problems with the tanker modernization program could prevent the Department of Defense from delivering this critical capability to our warfighters as promised and on schedule.”

The letter includes a reference to one of Sen. McCain’s least favorite problems: concurrency. Because Boeing has decided to press ahead with production on its own dime, this means testing and production will occur at the same time. “While we appreciate that decision, a concurrent test and production strategy increases the risk of redesign and retrofit to address potential issues found in testing, and has potential implications for schedule and cost to both the KC-46A program and beyond,” McCain says. He cautions: “I fully expect that, should such issues arise, the government and taxpayer would not be responsible for these additional costs and would seek appropriate consideration.”

If the Pentagon needs a reminder from Sen. McCain that he’s still keeping a close eye on the tanker program and DoD acquisition overall, he provides a stark one: “All too often under our current defense acquisition system, the Department has started programs that were poorly conceived or inherently unexecutable, with the aim of getting programs into development and production where they can become notoriously difficult to change meaningfully or, if necessary, terminate. The KC-46A program must not become another such failure.”