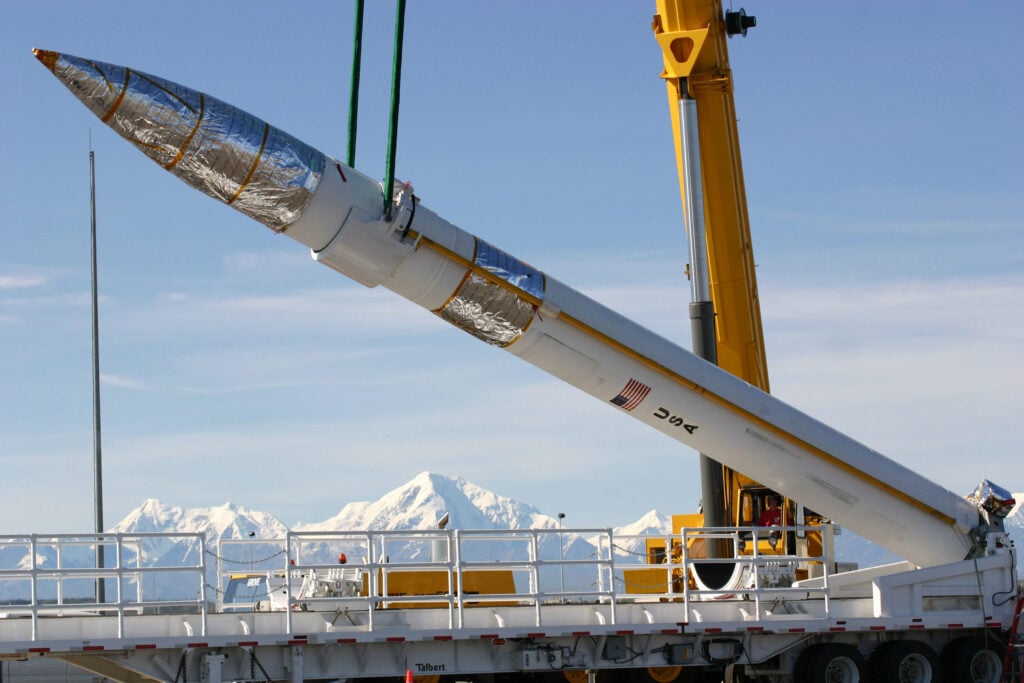 We have to find a better way, Todorov said: lasers, jammers, something. That means MDA must buy fewer Ground-Based Interceptors and invest more in R&D. This shift is beginning in the current 2016 budget plan, he said — although the House Appropriations Committee has cut $60 million from one key program he’s hoping to get back, the Redesigned Kill Vehicle (RKV) — and it will become still more pronounced in the request for 2017.

“The strategy is not sustainable,” Todorov told reporters this morning after a Peter Huessy breakfast talk, sponsored by the Air Force Association’s Mitchell Institute. As potential adversaries buy ever more missiles, he said, “you can’t continue to buy these interceptors and have enough to necessarily intercept everything that’s out there.” 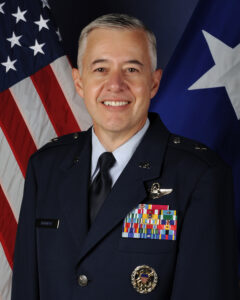 “Yes, it’s important to have a capability [today] that the warfighter cares about and can rely on and has confidence in, but we’ve also got to think about other ways of getting at the problem,” he continued. “We’ve got to do less procurement, more RDT&E.” (That’s research, development, testing, and evaluation).

So what are the alternatives to expensive interceptors? Todorov was extremely cagey on details in a public setting, as he probably should be. He did confirm the options included laser weapons — which the Navy, Army, and Air Force are all working on — and electronic warfare — i.e. jamming or spoofing the enemy sensors and command systems that give a missile its target.

“There’s a lot of efforts in directed energy,” Todorov told the audience at the breakfast. “That’s front and center.” The Missile Defense Agency is also exploring electronic warfare, in cooperation with the Department of Defense-wide EW effort led by the powerful Deputy Secretary, Robert Work.

For all his candor, Todorov isn’t stepping too far out on a limb here. He was able to cite a recent speech on missile defense by the Vice Chairman of the Joint Chiefs of Staff, Adm. James “Sandy” Winnefeld, who called for stopping enemy missiles “left of launch” — that is, before they’re fired — and for using more “non-kinetic” means — that is, lasers and electronic warfare.

Backing in the Pentagon is great, but you also have to convince Congress. There the MDA’s new approach has run into one stumbling block already: a $60 million cut made by the House Appropriations Committee to the Redesigned Kill Vehicle (RKV), essentially an update to the current smart warhead on the current Ground-Based Interceptor.

The HAC vote isn’t a rejection of the RKV itself, Todorov told reporters, but a way of raising questions about the MDA’s approach to it. “They generally support the idea of it,” he said, “[but] it’s new and right now they want more information on how. Make no mistake, it’s not about the what.”

“It’s time to take the kill vehicle to the next level,” Todorov said, in part because the current Exoatmospheric Kill Vehicle (EKV) can’t take full advantage of new sensors like the Long-Range Discrimination Radar (LRDR).

In the long run, Todorov said, MDA wants to develop space-based sensors. There’s resistance to the idea, he admitted. “It’s critical,” he told reporters, “but it’s really expensive, so right now there’s some antibodies out there.”

What can space provide that cheaper ground, sea, and aerial sensors cannot? “Persistent tracking and discrimination, that’s what we would like to see eventually,” he said, “particularly with some of the threats are now mobile.”

“Space is an excellent option for delivering persistent capability,” Todorov said. “We’ve got SBIRS [Space-Based Infra-Red System] up there today that does a great job of detecting a launch, but we need to take it a step further.” Missile defense requires accurately tracking weapons after they launch — and ideally targeting them before they launch at all.

As a warfighter today, Todorov said, “I sit in the command center waiting for overhead [reconnaissance] to come by, looking at my watch, [thinking] ‘we’re blind, we’re blind to what might be happening…. Oh good, we’ve got a satellite coming over in 30 minutes; I can wait till then to get a picture of what’s going on.'”