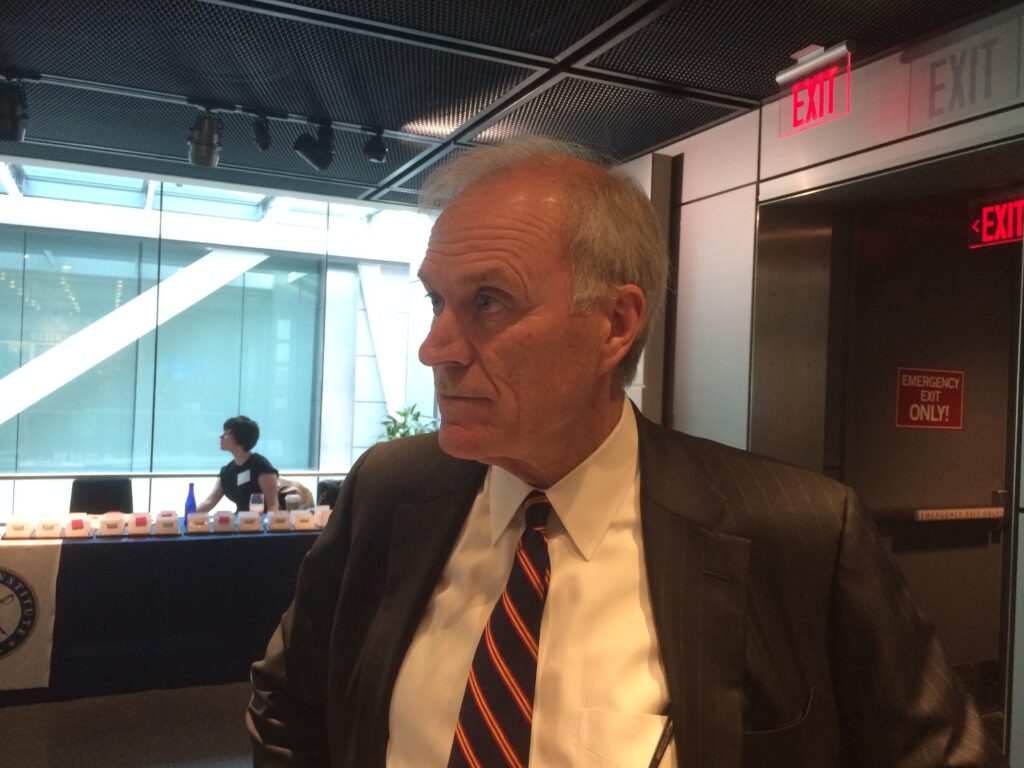 WASHINGTON: Congress should strike a budget deal to fund the federal government  for at least two years, the Secretary of the Navy said today. The armed forces and defense industry need at least 24 months of predictable, stable funding so they can make investments and operate efficiently, Richard Spencer told reporters.

Right now, though, the government’s only funded through Friday when the current Continuing Resolution expires.

“I hope no one asks me… whether we’re going to have a budget on Friday or not,” Adm. William Moran, the Vice-Chief of Naval Operations, said after Spencer at a Newseum conference held by the US Naval Institute. “With any luck — and we might need some luck here — when a budget emerges for ’18, we’ll be able to sustain our readiness objectives that we started in ’17” and implement reforms to training and maintenance required after collisions at sea killed 17 sailors this summer.

While unstable budgets aren’t directly responsible for the deaths, Moran told reporters after his talk, “there’s no question I think that budget instability has driven hard choices that have caused us to take risk.”

Erratic funding also wastes money, ironically enough given the intent of the Budget Control Act to limit spending. In particular, the stopgap funding measures known as Continuing Resolutions — which essentially set federal spending on autopilot at last year’s levels, with little leeway to start, stop, or alter programs — have wasted $4 billion in the Navy alone over since 2011, Moran and Spencer said. That’s admittedly less than 1 percent of Navy budgets, but, said Spencer, it’s still enough to buy a couple of destroyers or a squadron of F-35 fighters, or a several thousand missiles of various types.

Unfortunately for the Navy, when the current Continuing Resolution expires Friday, the most likely outcome is another CR for at least two more weeks — with or without some kind of government shutdown. How bad is that? I asked the Secretary. It depends on what comes next, he said.

“The couple-of-week one’s not going to be the killer,” Spencer told me and other reporters. “What we really need, what I’m hoping comes out the other side, is a two-year window.”

But a two-year budget deal is not enough, said Bob Work, who recently finished seven years as Deputy Defense Secretary. Congress needs to set stable funding levels for five years, he said. Less than that, and the temptation is always to postpone hard choices for 24 months in the hope that Congress raises the budget.

“You would get the chiefs to the point where you’d say … ‘I need to reduce the size of the force so I can put more into capabilities,'” Work said (no doubt from personal experience). “They’d say, ‘well let’s wait for two years and see what happens, everything will get better.”

“I fear we’re going to have another two-year BBA (Balanced Budget Act),” Work lamented. “For us to get after this, we need to have a five-year planning program.” Five years is how far out the Pentagon normally plans in detail.

A five-year deal seems unlikely, I suggested during the Q&A. True, replied Work, “I cannot count on Congress coming up with a deal.”

On paper, “the Budget Control Act runs out in ’21,” Work said. “But when you see what’s happening in the tax reform, and what it does for deficit spending, I don’t know how it’s all going to play out…. That’s another reason why I wouldn’t start a big defense buildup right now.”

Even if Congress can’t make a deal, Work suggested, “what I would like the White House to do is give the Department of Defense a hardcore five-year projection: ‘This is what you can count on in terms of budget growth….You build your program based on that and we will fight as hard as we can to get it year to year with Congress.’ If we could just get that, then we’ll be in pretty good shape.” 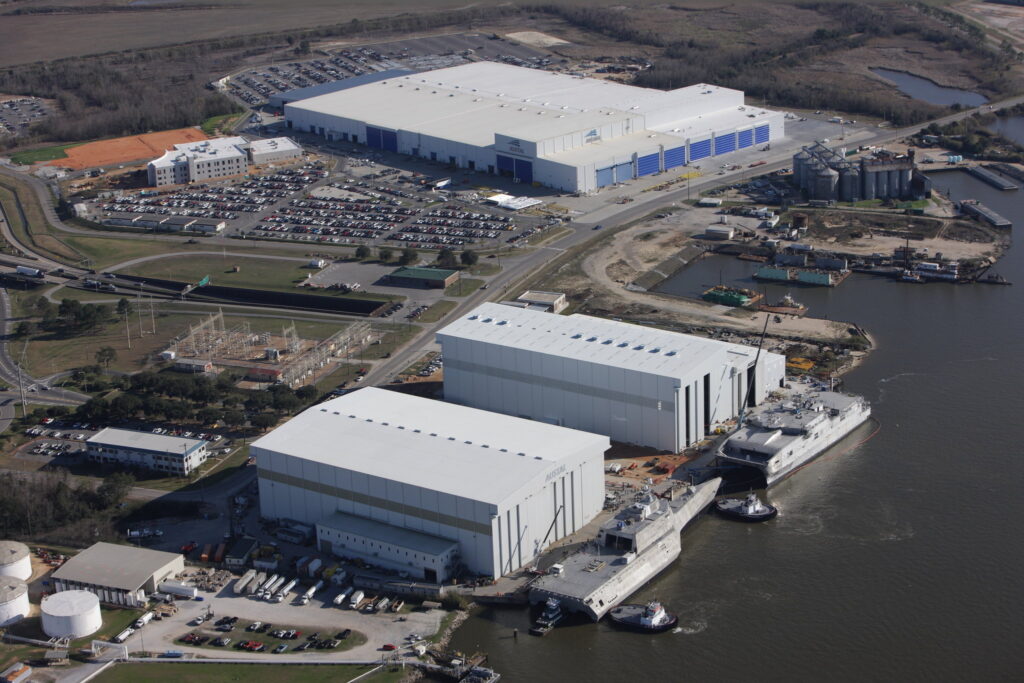 Austal’s shipyard in Mobile, Ala.

Whether it’s five years, two years, or something in between, any budget that’s stable for years is much better than one that expires in weeks or days.

“Give me a budget, please!” Spencer said. “Give me a number and a plan where I can go out and tell the industrial base, ‘here’s where I’m going , here’s what I plan to do.'”

America’s rapidly eroding advantage in military technology depends in large part on defense industry investments in research and development, but companies won’t commit the money if they can’t count on a market, Spencer said. Instead, they’re either sitting on their cash or paying out big dividends to shareholders and buying back shares.

“The industry has handed back $20 billion over the last, what, two or three years to their shareholders,” Spencer said. “I’d like a little of that to come back into R&D and CAPEX (capital expenditure), but I have to give them a reason. I have to send them a signal…. I have to make sure I have the funds behind me, (and) Congress controls that.”

If industry doesn’t feel secure enough to invest in itself, it will have a hard time producing the 355-ship fleet the Navy now says it needs. “I have to lay the groundwork for that going forward. It’s not going to happen, obviously, on my watch,” Spencer said.

Can the shipyards build such a fleet? “They can handle it, clearly, not without challenges,” Spencer said. They need to invest in their workforce, facilities, and supply chains to produce the maximum seapower for the minimum cost. Today, while an unnamed newer shipyard the Secretary visited (probably the newest, Austal) was “absolutely stunning” in its efficiency, “you look at some of the legacy shipyards and they actually have some challenges because they have to expand and/or do things differently with the infrastructure that they’re given.”