Navy Hopes to Crank Out New Subs Ahead Of Schedule 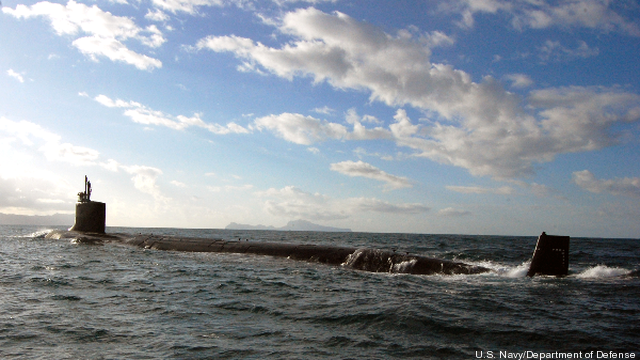 Washington: The Navy says it will be able to crank out two new Virginia-class submarines within 60 months, or almost two years faster than in the past.

The Naval Sea Systems Command has already begun construction on SSN 787 this month, which NAVSEA officials anticipate will be completed within 65 months, according to a command notice issued today.

NAVSEA expects that pace to continue for the next two Virginia-class boats authorized in the fiscal year 2012 defense bill.

Past Virginia-class subs have taken, on average, 84 months to get to sea.

“To get to this important point, our Navy [and] industry shipbuilding team executed a very successful design for affordability program that yielded significant cost savings and has allowed the Navy to increase production in a fiscally-responsible manner,” said Rear Adm. David Johnson, program executive officer for submarines, said in the notice.

That acceleration, according to NAVSEA, was due significant redesigns of the sub, to “reduce costs and construction time.” By being able to hit that 60-month time line, the Navy can now begin building new Virginia-class submarines two at a time, Rear Adm. (select) Michael Jabaley, Virginia class program manager, said in the same statement.

That two-sub strategy is a key part of the Navy’s long-term shipbuilding plan, allowing the service to maintain the size of its nuclear submarine force, while continuing with programs like the Littoral Combat Ship.

While NAVSEA is now seemingly on track with its submarine program, that isn’t to say they have been confident in their ability to do this. Just five months ago, they were weighing whether it should eliminate one of the two Virginia-class subs in the 2012 spending bill.

At that time, the Hill and the White House were at loggerheads over the 2011 defense spending bill. As both sides fought over details on proposed program and spending cuts, the Navy’s hands were tied on beginning construction on the new submarines.

Top officials from Huntington Ingalls Industries, the former shipbuilding arm of Northrop Grumman that is partnered with General Dynamics Electric Boat to build the new subs, openly worried that the delay would drive costs through the roof.

In the end, the Hill and the Obama administration came to terms and the Navy was given the green light to proceed with the sub builds.