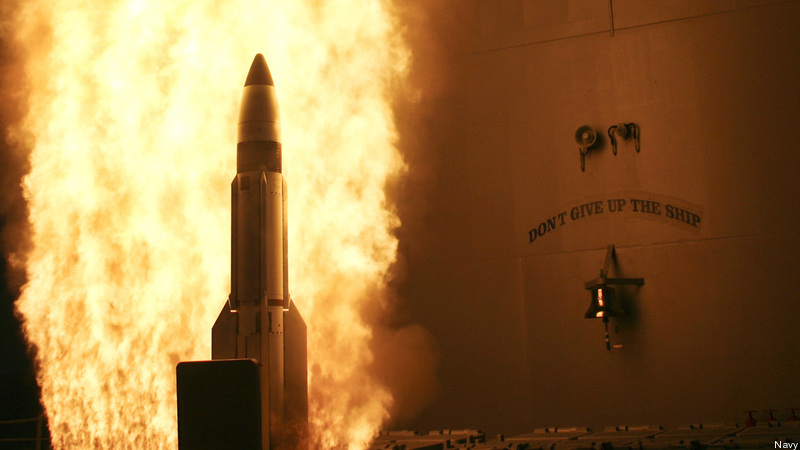 A Navy cruiser launches a SM-3 Standard Missile, originally designed to intercept ballistic missiles as they traveled through space, to shoot down a defunct NRO spy satellite.

SEA-AIR-SPACE: The brand-new Space Development Agency and — if Congress permits it — a future Space Force will draw on all four services, not just the Air Force. Eventually.

For now, it seems likely that only 15,000 to 20,000 Air Force personnel will make up the Space Force for the next two or three years. That’s between half and two-thirds of the estimated 30,000 or more space personnel just in the Air Force. The Army has estimated how many people it would transfer to the new service  — about 500 — but the Navy and Marine Corps are still wrestling with how to separate space operations from intimately intertwined functions like cyber warfare. 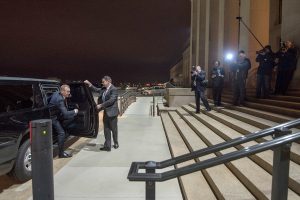 Some of this confusion is a strategic choice on the part of the Pentagon. Acting Defense Secretary Patrick Shanahan has said the reform plan won’t initially draw from the Navy or Marines (both part of the Navy Department). We’ve even heard the Office of the Secretary of Defense is keeping its plans vague so the Navy and Marines won’t have a solid proposal to push back against with specific criticisms to save their budgets. And many in Congress are skeptical that creating a new armed service for space will create anything except for more bureaucracy.

But the Space Development Agency actually exists, as of March 12th, and people are thinking hard about its impact.

“Our officers and sailors that are involved in the mission areas that touch on space are also very involved in other mission areas,” said Rear Adm. Christian Becker, who heads Space and Naval Warfare Systems Command. Besides running SPAWAR, Becker told the Navy League’s annual Sea-Air-Space conference here, “I’m the head of the [Navy] space cadre for acquisition, and all of my space cadre acquisition members…. are fundamentally involved in the acquisition of other naval capabilities,” not just space. Many of them, he said, are, aerospace engineers, engineering duty officers or information warfare officers. 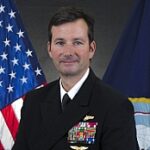 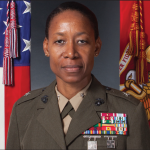 Information warfare is particularly tricky to disentangle from space. In Navy usage it incorporates everything from routine IT functions — which depend on satellite communications — to cyber warfare and signals intelligence — which often target satellite communications — to intelligence and even meteorology — which depend on satellites to surveil the earth below. The Marine Corps definition of IW also adds electronic warfare, the art of detecting, deceiving, and disrupting enemy radio and radar — which applies to everything from defeating radio-controlled roadside bombs to neutralizing satellites: To keep your enemy from using their satellites, you don’t have to shoot them out of orbit. You can just jam their communications between space and ground.

“[In] the information environment…space, cyber, EW — there are interdependencies in all these capabilities and you’re seeing it in the people also,” said Brig. Gen. Lorna Mahlock, the Marine Corps’ director of Command, Control, Communications and Computers (C4). “We want them to do acquisition, but for us as a MAGTF” — the frontline Marine Air-Ground Task Forces — “we want them to be employed operationally,” so they can help combat units make full use of satellite communications and intelligence.

While Mahlock and Becker didn’t say so explicitly at the conference, it’s not hard to guess they’re worried that pulling some or all of their space specialists into a dedicated organization for space would make it harder to tap their talent for a host of other activities. 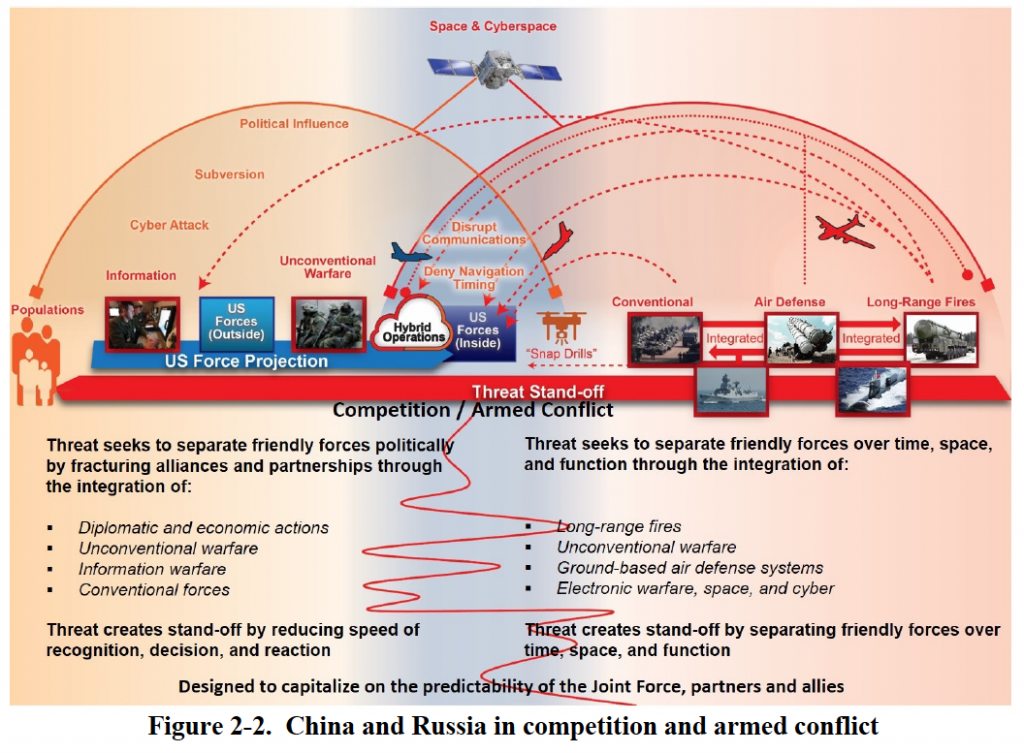 I haven’t heard similar angst from the Army, but that may be in part a matter of scale. In written testimony submitted to accompany Gen. James McConville’s nomination as Army chief of staff, the service states it would move about 500 personnel to the Space Force out of a total of 2,500. That’s a 20 percent reduction, yes, but to a tiny fraction of the Army.

“If Congress authorizes a new Space Force, current plans call for the Army to transfer approximately 500 military and civilian satellite communications systems experts to Space Force operational units in Fiscal Year 2022. The estimated budget associated with the transfer is $175M over the FYDP [the 2020-2024 Future Years Defense Plan],” McConville’s testimony states. “The Army’s initial assessment is that this transfer of the recommended personnel would not significantly affect our ability to execute critical Service missions and tasks. The Army personnel and the associated missions identified for potential transfer are strategic-level direct or general support to Joint Forces.”

“The Army intends to retain a cadre of approximately 2,000 military and civilian personnel across all components because they are organic to Army warfighting organizations, they perform missions in support of Army formations and operations, or they are part of the staffs supporting these organizations,” the document says. 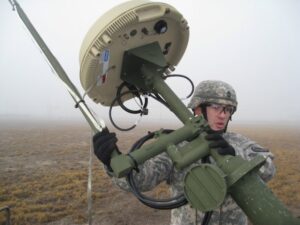 The Army relies heavily on satellite communications, navigation, and intelligence, like all the other services. But it also has tremendous capability to erect communications infrastructure on land, something the sea services lack.

Nor has the Army fully embraced the “information warfare” construct that integrates space with other functions like cyber — although it has done so in specific places. Most significantly, the Army is creating a series of Intelligence, Information, Cyber/Electronic Warfare, and Space (I2CEWS) battalions to serve as the high-tech eyes of its new Multi-Domain Operations forces. The long-range missile batteries that the service’s Multi-Domain Task Force is built around need much more targeting data than ground-based sensors can provide, which pushes the Army to greater use of space.

The Marines are also intrigued by the “multi-domain” model, which Brig. Gen. Mahlock referred to at the conference today. The Marines have long prided themselves on combining land, sea, and air forces, which are increasingly dependent on cyber networks and space assets, so they see integrating cyber and space with the three traditional domains as the logical next step.

The Air Force, too, is keen on what it calls multi-domain command and control. In fact, one of their arguments against a Space Force — before they were ordered by the White House to support it — was that it would pull apart functions that are increasingly interdependent. “Every mission we perform in the United States military is dependent on space,” the Air Force chief of staff, Gen. David Goldfein, said in 2017. “Now is not the time to build seams and segregate or separate. Now’s the time to further integrate.” 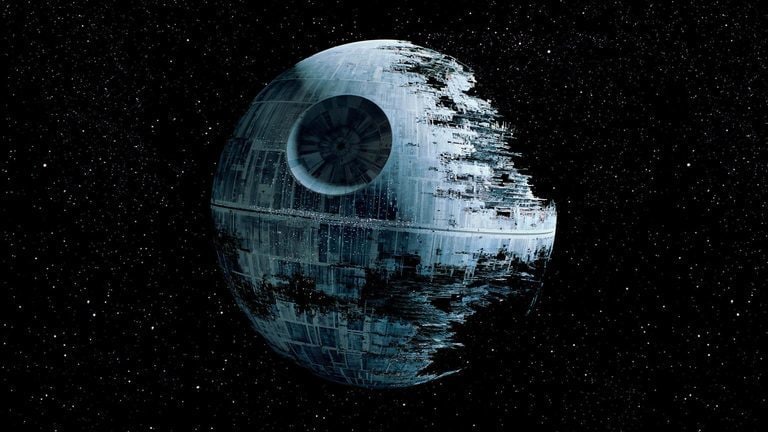 The argument for a Space Force is that space needs a core of specialists to focus on and advocate for space capabilities, just as the Army does for the land, the Navy for the sea, and the Air Force for the air. For decades, space was simply a supporting arm, providing intelligence, navigation, and communications for the earth-bound services. But as China and Russia increasingly invest in anti-satellite weapons, space is becoming a battleground in its own right. In Pentagon parlance, that means space may now sometimes become the supported command, with other organizations and branches assisting space activities rather than simply enjoying their benefits. 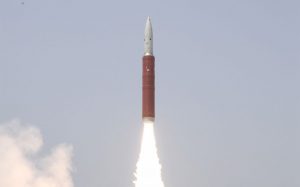 “There are certainly connections across multiple mission areas both for the Navy and the Marine Corps,” said Rear Adm. Becker. But, he said, “we require an army to take ground, and we require a navy to defend our coasts….The time has come where space is no longer an uncontested environment, it is a contested environment, and therefore we need to able to explore what it would take to be able operate in, fight through, and maintain control of …space as we have on the land, in the maritime, and in the air.”

“We’re still assessing … how do we implement a space force,” Becker said. Whatever the outcome, he said, “I know from interacting with our space operators, they’re dedicated to the mission and no matter what the service is, the dedication and passion of our space professionals will not alter. They’ll deliver.”