New 2nd Fleet To Confront Russia From Day One 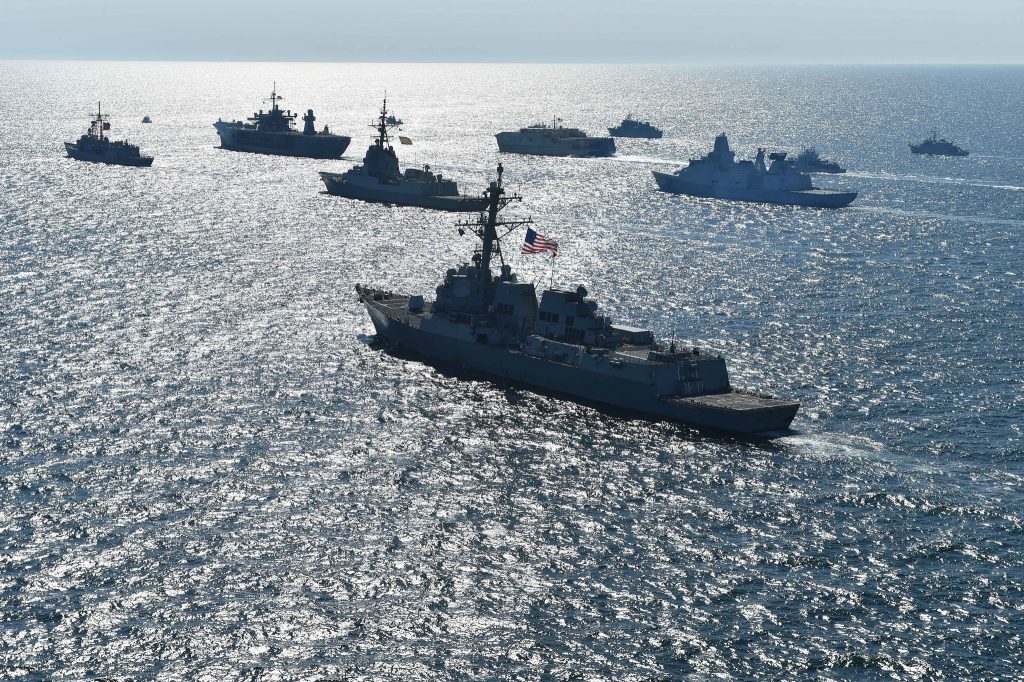 Thirty ships from 12 nations maneuver during BALTOPS 2018 in the Baltic Sea.

ABOARD THE USS BATAAN: Just days after the Navy’s new 2nd Fleet stands up later this month, its commander will push the USS Mount Whitney command ship, along with dozens of other NATO vessels, into the Baltic Sea to direct a major exercise.

In many ways, BALTOPS is the perfect way for 2nd Fleet to enter the world. It was reconstituted — the previous iteration was retired in 2011 — primarily to track and meet Russian maneuvers in the North Atlantic and the Arctic.

It’s no fluke that Adm. Andrew Lewis and his new team at 2nd Fleet are leading the annual BALTOPS exercise in Russia’s backyard — just off the coast of Kaliningrad, the Russian exclave bristling with radars, electronic warfare capabilities and guided missiles.

Plenty has changed since the original 2nd Fleet was stood down, including the Russian invasion of Ukraine and annexation of Crimea, leading the Navy to reestablish the command. Lewis envisions it as a lean maneuver arm able to operate from Greenland to the Mediterranean — wherever a surge of forces is needed. 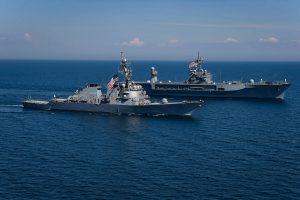 USS Porter and the command and control ship USS Mount Whitney in the Black Sea during  Sea Breeze 2018.

The 2nd Fleet will bolster the 6th Fleet around Europe and has trained to quickly deploy a small command group quickly to command and control US and NATO ships on a variety of missions from humanitarian aid, anti-submarine operations or presence operations around Europe.

It’s something the Navy has done comparatively little of since the end of the Cold War, particularly over the past two decades when it has operated as a support force for ground wars in the Middle East and Afghanistan. In some ways the 2nd Fleet is being asked to model a new way of operating, in which the Navy provides the forces that are at the point of the spear, confronting Russian and Chinese ships, aircraft, and submarines.

“The Fleet’s Hungry For It”

Lewis says he is tired of being asked how many sailors he commands. He’s got enough, he says to both stand up a new command and run a major new exercise in the coming weeks. But more importantly, he’s focused on how fast his people can move, and how well his sailors can think.

“An operational command does not need to be big,” Lewis said recently in the Ward Room of the Bataan docked in Norfolk, Va. “I get annoyed with people who ask ‘well, how many people do you have?’ I don’t really care. I’ve got what I’ve got, and we’re gonna get after the mission. That mentality of being lean, being expeditionary, and being agile in thought and being maneuverable, those are the things I want people to look at the command” and see.

Lewis, a former F-18 pilot who has commanded a carrier strike group and several air wings over a 34-year career, was tasked last August with restarting the 2nd Fleet after it was disbanded in 2011. At the time, Russia was yet to invade Ukraine and annex Crimea, and China’s ambitions in the Arctic were fuzzy at best.

“Sailors go to sea, we’ve got to be ready to operate from when the lines go over here in Norfolk, or Mayport, or we get airborne out of Oceania — you’re operating,” Lewis said.

The Navy’s new tactic of sending ships out on uneven schedules, dubbed Dynamic Force Employment, will be key to understanding how the 2nd Fleet will conduct itself.

“We’ve been operating in this pattern of, you get ready to go, you get everything buttoned up, and then we head off and drive around a little area in the Persian Gulf. That’s not how a maneuver force operates,” he said. “There’s some cultural changes that need to take place, the grand support organization needs to have more agility. If you get the mentality right it’ll be a lot easier to get there. I think the fleet’s hungry for it, honestly.”

What Lewis is looking for from his commanders and sailors is an “agility of thought, agility of physical maneuver, being able to quickly slide across the spectrum of conflict and really institute mission command — let commanders at sea command,” he said.

He wants to give commanders “the guidance they need and not push them around like pieces on a board game. They have to understand the environment they’re in” and operate in a way they deem fit.

“We have become, in certain regards, more risk averse than we should be. We need to develop tactics and certain ways of doing things that might be different. And we might get some failures, and then ok, we can learn from that. We’ve become a little more stagnant than I think we should be.”

Lewis, aboard the command ship USS Mt. Whitney, will lead the annual BALTOPS exercise in the Baltic Sea, next month, putting the 2nd Fleet in Moscow’s backyard from the moment it stands up. The exercise, which will test new command and control capabilities among NATO allies working at sea and on land, will be a critical test for the Navy’s vision for 2nd Fleet as an agile, small maneuver element that can pack an outsized punch.

Putting dozens of ships in the tight Baltic waterway, so close to the Russian coastline and its exclave of Kaliningrad which Moscow has stacked with radar systems and missiles, will present a challenge for NATO. Last year, Russian forces attempted to jam the communications of NATO ships and aircraft during the Trident Juncture exercise in Norway.

“We kinda know what we think they’re going to do,” Lewis said. “This is about deterrence, this is about being professionals, but we’re also going to be there. I would characterize [the intent of BALTOPS] it with three ideas: professionalism, presence with a purpose, and partnerships with NATO and our allies.”

On Thursday, the Pentagon released its annual report on Chinese military capabilities, which indicated US military leadership is warily eying Beijing’s moves in the Arctic. Last June, China outlined plans to make greater use of shipping lanes created by by global warming to establish a “Polar Silk Road” as part of its larger Belt and Road Initiative.

China has shown particular interest in Greenland, and has floated projects like building a research station, improving airfields, and establishing a satellite ground station.

The Pentagon report said that Chinese “civilian research could support a strengthened Chinese military presence in the Arctic Ocean, which could include deploying submarines to the region as a deterrent against nuclear attacks.”

The Arctic is part of 2nd Fleet’s responsibility, and in the long run, the US is looking to establish more of “a capability and a presence in the Arctic, so as to maintain freedom of the seas, freedom of navigation within international norms,” Lewis said.

He added that since Beijing is “very focused on their Belt Road initiative — and that goes through the Arctic.” Asked if he expects to have contact with the Chinese in the far north, he said “potentially.”

Getting more ships into the water — and more crews at sea — may be easier said than done. The Bataan, scheduled to deploy by June, originally pulled into Norfolk back in November 2017 for what was supposed to be a year-long, $45 million overhaul. Seventeen months later, the ship is still in port due to a series of challenges in getting the parts needed and aligning work schedules.

Elsewhere, the Navy is working to extend the lives of dozens of ships nearing retirement age in an effort to stretch their lifespans to reach a 355-ship fleet. And it’s doing so at a time when shipyard space is already stretched and less than half of its ships are able to complete scheduled maintenance on time.

Adding to the issue, a full 70 percent of destroyers in port for availability are unable to leave on schedule, Navy officials confirmed earlier this year.

The Navy is pumping hundreds of millions of dollars into its industrial base over the coming years, including making use of both public and private shipyards in an attempt to get hulls back into the water more quickly. With combatant commanders around the globe demanding bigger, and more consistent, Navy presence, and 2nd Fleet planning to run hard from the far north to more southerly hot climates, Adm. Lewis, and his fellow commanders, will need the ships ready in time.