Posted by Richard Whittle on September 19, 2017 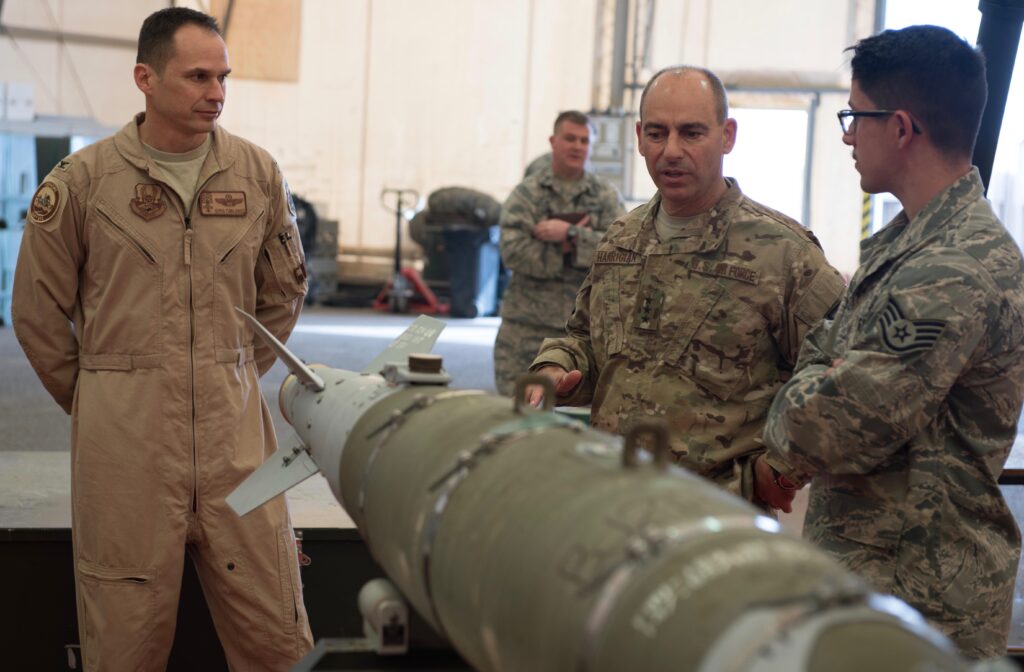 Over the past few months, Harrigian said, DIUx has helped develop new software used by the Combined Air Operations Center at Al Udeid, Qatar that have streamlined and rationalized aerial refueling tanker operations, saving 350,000 pounds of fuel a week. They are also on their way to improving and accelerating target planning, command and control and other aspects of waging an air war.

“We’re fighting a war, so I can’t fix all the issues that we have with respect to the tools, but the higher priority ones, we’re getting after and we’re using DIUx to help us,” Harrigian said. 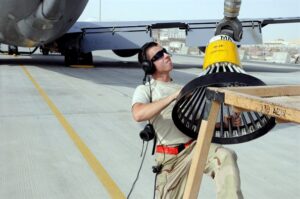 The first and most vivid example Harrigian offered was a software innovation called JIGSAW that ended the 20th Century practice of airmen using a whiteboard, phone calls and other forms of communication with tanker units to plan and adjust refueling fleet operations.

“We used a whiteboard, pretty old school way, took several hours to execute,” Harrigian said. “The whiteboard — no kidding — they would look at the whiteboard and they’d put these little pucks up, and then they would draw lines from each tanker and then the receivers over time.” With the JIGSAW software application, he said, hours become minutes. “In the software they get a download that says, ‘Here are the tankers’ and then each of the units populate ‘here’s our guys that are needing gas today.’ And then they’re able to basically hit a button where it’ll match ’em up and then they can fine tune it. The beauty of it is, when there’s a change, they can fix it like that,’ Harrigian said, snapping his fingers. “Where if you had to go back to the whiteboard, it would take a lot of work.”

DIUx is now working with Air Force civilian and airmen coders to develop or refine five other software tools for CAOC functions. The truly innovative aspect of the way DIUx and the Air Force are working to improve CAOC tools, Harrigian said, is the direct communication and iteration of the products the innovation unit can do. CAOC personnel “frame the problem and then DIUx comers out with about 10 to 12 people and they sit with our operators and do multiple interviews,” Harrigian said. “Then they go back and build the software, the app. And then they send it to our guys and they go, ‘I don’t like this’ (or) ‘Let’s change this,’ and then they make another change and then they’ll come back and see us again and we’ll go through those iterations.”

CAOC officers and airmen using the old whiteboard method, for example, ”were taking a lot of time to manually input data,” Harrigian said. “So they took this whole whiteboard thing and turned it into a software program and they iterated with us. There were probably three, four, five versions of it before we said, ‘We’re good. Push it out.’” After that, he said, “I gave them a priority list of things I wanted to work on.”

In answer to a question, Harrigian said Centcom’s work with DIUx is on a much smaller scale than a project to upgrade Air Operations Center networks called Northrop 10.2, which the Air Force cancelled last summer after key members of Congress refused to add money to the program to cover a massive cost overrun. Bloomberg reported in December that Northrop 10.2’s cost had risen from an estimated $374 million to $745 million.

Harrigian told me after his media roundtable that the projects his command is working with DIUx are costing “a million to two million each. It’s chump change.”

Also, no doubt, a welcome change.