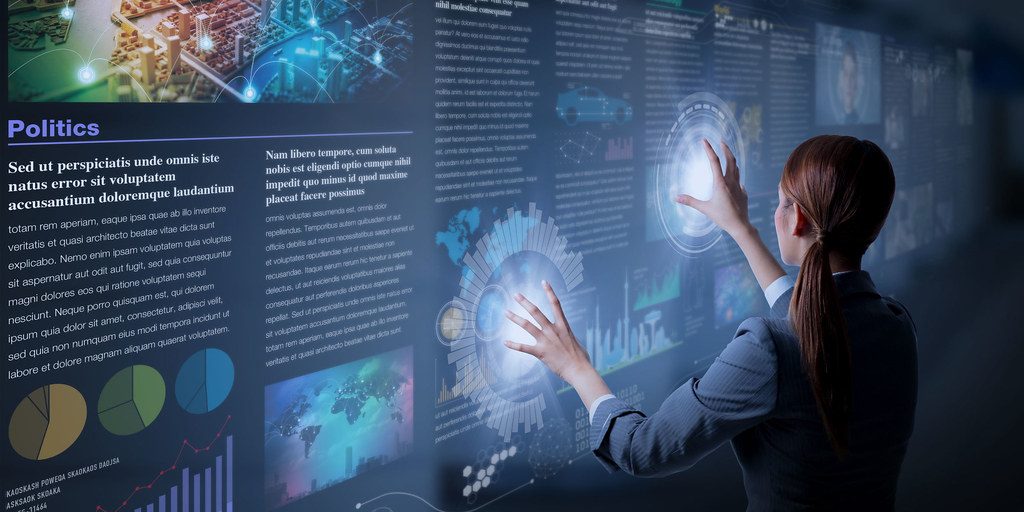 GEOINT 2019: In his first speech at a GEOINT, Vice Adm. Bob Sharp, director of the National Geospatial-Intelligence Agency (NGA) said the agency needs to modernize its information technology and ground-based infrastructure to improve its ability to predict events.

Traditionally, much of intelligence data is used for change detection — baseline a person or location that needs monitoring and watch what they do. It’s always looking backwards. Sharp made clear he wants NGA to do more of the more difficult task — analyze what’s happening to predict what will happen.

Sharp told the audience here that rather than focusing on authenticating recent events, “NGA needs to mitigate the element of surprise by improving its ability to understand the world — and anticipate future events.” To that end, he elaborated the new(is) version of NGA’s 2025 Strategy released internally last week and to the public on Monday.

“We say it’s somewhat new,” said Sharp, “because it’s not radically different from the one we issued last year — which is why we’re calling it version 1.1. It still emphasizes the same basic four strategic goals and priorities — in simple terms, it focuses on people, partnerships, mission today and mission tomorrow.” Sharp is adamant that the focus on “people” is his number one priority, but the ability to provide DoD and the Intelligence Community with predictive analysis is a key NGA goal.

Almost every DoD service and intelligence agency that uses satellite-based data and information has been plagued by disconnects in both timing and capabilities of ground terminals, and the IT infrastructure linking users and the systems for most of the last decade.

Another critical foundation for NGA’s future work are what the agency calls “Triple A” — Artificial Intelligence, Automation and Augmentation. Sharp explained, “It’s augmenting intelligence with machines; figuring out how you use machines to do what machines do really well so humans can concentrate on critical thinking.”

“If you’re looking for an area to partner with us, I highly recommend you focus on Artificial Intelligence, Automation and Augmentation — what we call AAA,” he told the conference.

A focus on enabling automated data processing through AI and machine learning has been a centerpiece of NGA’s efforts over the past two years, in order to deal with the massive influx of data such as full motion video. For that reason, NGAO 2017 created a new new position: director of artificial intelligence, automation and augmentation (currently held by William Roberts).

Finally, Sharp told me that, NGA has to improve how it interacts with industry and academia and “others in the GEOINT space so that they can share best practices with us.” 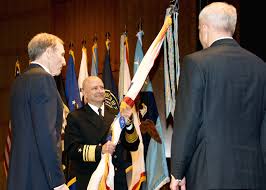 The original 2025 strategy was released last year by former Director Robert Cardillo. Sharp said the new version updates the plan, and puts his own signature of ownership on it.

Among the new capabilities NGA is eager to leverage, Sharp said, are the plethora of new “space based sensing” technologies and applications. “That’s going to be tremendous for us,” he said. “We also need to think about the air-breathing assets and how we incorporate that into how we know and understand.”

He added that NGA’s “international partners are also creating a whole range of different sensors. I think for us to continue to evolve we need to think about a full spectrum in how we are collecting information.”

The new version of the 2025 Strategy elaborates: “NGA will translate actionable intelligence into opportunities to ensure our national security. We will reduce strategic surprise by elevating our understanding of the world and anticipating future events. We will increase decision advantage with agile operations that adapt faster and integrate opportunities for innovation before our adversaries. NGA will transform GEOINT by investing in breakthrough capabilities that strengthen strategic warning, mission forecasting and foundational military intelligence for our customers.”

Sharp, in his written introduction to the new version, explains that: “Goals three and four focus on delivering trusted GEOINT where and when needed to meet mission needs today, while simultaneously looking to the future to ensure we maintain comparative advantage over competitors and adversaries. We will continue to provide world-class analytical products to meet our broad customer base requirements, while adapting to the realities presented by a changing security and technological environment — modernizing and transforming our IT infrastructure, collection services, networks, training and business practices to be able to handle an increase in GEOINT sources with a deluge of data that is on the horizon; or in some cases, already here.”

Sharp stressed that NGA is looking to industry to help the agency address the challenges it has identified in implementing the new strategy, including: “data analytics and visualization, advanced GEOINT exploitation, Activity Modeling, Earth Modeling, Collection, Search and Discovery, and Business Intelligence and Data-Driven Production.”

To help companies understand what NGA is looking for, the agency released today a guide, called “NGA GEOINT 2019: NGA Tech Focus Areas” that elaborates on the areas Sharp mentioned.

At the media roundtable, Sharp tried to clarify how companies — especially small commercial firms — can fulfill NGA’s needs for imagery, now that the National Reconnaissance Office (NRO) is the acquisition authority for buying satellite imagery rather than NGA (a shift that happened last September.) “We broker requirements; NRO goes out and buys,” he said, adding that NGA sets not only its own requirements but also transmits the requirements of its clients to NRO. He further added that NGA is still directly issuing research and development contracts for demonstrating how new technologies might apply to NGA’s mission.

Sharp also said that NGA will “continue to push the envelope on providing unclassified products that can help illuminate activities of concern and inform discussions important to maintaining long-standing rules-based international order.” As an example, Sharp noted NGA’s monitoring of China’s activities in the South China Sea, including deployment of Chinese military equipment to the Spratly outposts. “Exposing and illuminating developments such as these is an important role for the GEOINT community, and we need to continue our cooperation and collaboration in doing so,” he said.

Central to this effort is the Next NGA West construction project in St. Louis, he said, launched in 2016 to build a new headquarters designed specifically to improve the agency’s ability to interact with academia and industry partners. For that reason, 20 percent of the workspace will be unclassified, Sharp explained.

The spy agency has been increasingly interested in open-source information and commercially provided data, with the goal being to use data analytics to integrate information from numerous sources and types with that from more limited Intelligence Community sources in order to provide a more comprehensive picture to DoD and IC users. For example, since 2016 NGA has been contracting with Earth Observation satellite operator Planet for both its imagery, which while mostly low and medium resolution is updated rapidly, and its data integration models.