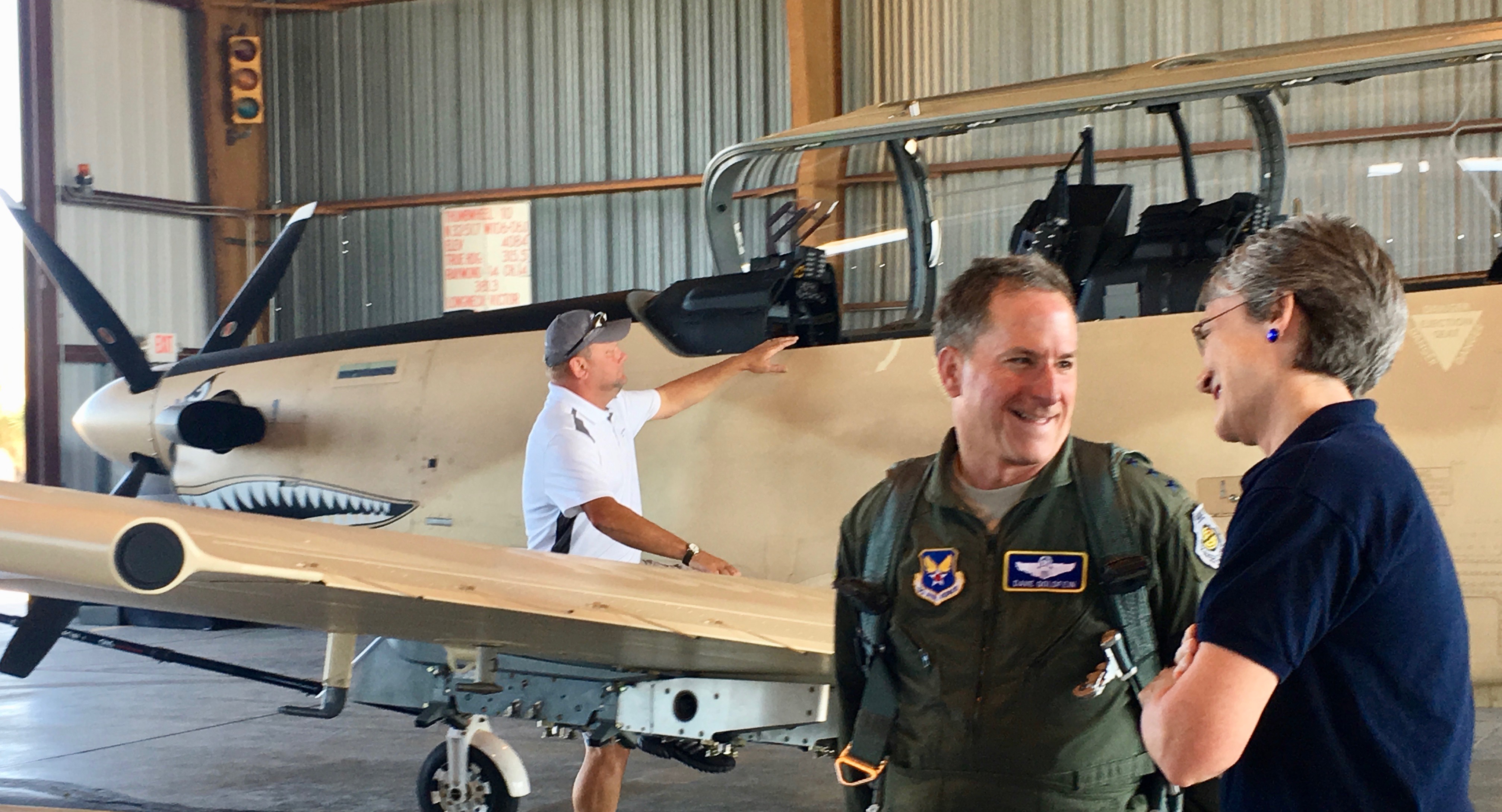 AFA: The Air Force won’t issue a Request For Information on possible Light Attack aircraft, originally scheduled to come out December, in favor of doing a lot more experiments, Air Force Undersecretary Matt Donovan told reporters this morning. The service has been dithering for over a decade about whether to buy propeller-driven aircraft for affordable close air support in counterinsurgencies, where the absence of enemy fighters and anti-aircraft missiles means fighter jets are often overkill.

“I wouldn’t expect an RFI any time soon,” Donovan told us. He said the service would “broaden the scope (of the experiment) a little bit.”

The key to this policy change may be allies, who’ve hoped for a cheaper plane to use for counterterrorism and counter insurgency (COIN) operations. If the US buys the plane and allies do too, the price falls for everybody. While he didn’t expand on what the allies have said they want, it seems clear the various allies who observed the experiments told the Air Force the planes and weapons so far tested just didn’t quite provide what they were looking for. It’s also possible that there’s a debate within the Pentagon about whether Special Operations Command or the Air Force should buy and fly the planes. 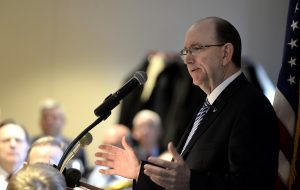 A year ago, Air Force Secretary Heather Wilson announced that the service had placed a $2.4 billion placeholder in the 2019 budget to buy Light Attack Aircraft over the next five years. But Donovan’s comments this morning appear to make it unlikely we’ll see that much in the budget that may — or may not– be unveiled next month.

The service did not plan to buy planes in 2019, but to rather work with allies to build Concepts of Operations and assess the number of planes both allies and the United States should buy. Then the service would nail down how many to buy and when to buy them, Wilson told us last February.

The Air Force had decided to forgo spending $100 million on a combat experiment in 2019 and further test Textron’s AT-6 and the Sierra Nevada/Embraer A-29. (Long-time Breaking Defense readers will recall this has been going on since 2011: Here’s our comparison of the two planes.)

Donovan mentioned during his talk at the Air Force Association headquarters that the release of the 2020 budget request may be delayed due to the government shutdown. No details were forthcoming since no one knows what will or won’t happen in an increasingly chaotic Washington.