No Margin For Error As Navy Builds New Nukes: Tofalo 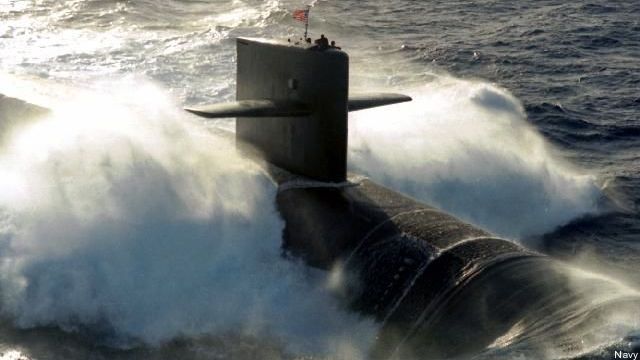 CAPITOL HILL: There is zero room for error in the Navy’s $80 billion plan for nuclear missile submarines, a senior sub admiral said this morning. “We have effectively skipped an entire SSBN generation,” said Rear Adm. Joseph Tofalo, “but in doing so we have consumed the entire margin for error.”

America’s first nuclear missile submarine, the USS George Washington, began its first deterrence patrol in 1960. The first of the current Ohio class began its first patrol two decades later, in 1981. The first of the future Ohio Replacement Program submarines will begin patrolling in 2030, half a century later, Tofalo said. If that dates slips and the first Ohio Replacement sub is late, the Ohios will just be too old to keep going.

What breaks first? It could be any number of things. “As a submariner you’re at 300 feet; you’ve got high pressure hydraulics, a nuclear reactor, nuclear weapons. There are a lot of things that you think about, [and] there’s no margin for error,” Tofalo said this morning at a Capitol Hill Club breakfast. “You worry about all of them equally because any one of them could be the end of you.” 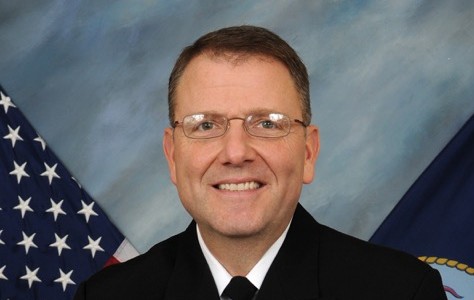 Tofalo in particular has to worry because he’s moving from the Navy staff, where he’s director of submarine warfare, to be Commander of Naval Submarine Forces, responsible for keeping subs seaworthy. The four oldest Ohios have already been converted to non-nuclear missile platforms (SSGNs) as the nuclear deterrence force downsized post-Cold War. (They’ll be retired by 2028). But the remaining SSBNs average 24 years old, Tofalo said, and they’ll average 37 years old — unprecedented for a serviceable submarine — by the time the first Ohio Replacement sub arrives. And since it’ll take time to build enough replacements, the Ohios will have to hang on for a total of 42 years.

Any interruption in funding delays the Ohio Replacement, disrupts Ohio maintenance, or both. “We are still overcoming previous years’ fiscal cutbacks and shortfalls, [e.g.] sequestration, government shutdown,” Tofalo said. And when one submarine gets stuck in unscheduled maintenance, the submarine it was supposed to relieve has to stay on station longer, putting strain on sub and crew alike. “In this past year, USS Pennsylvania [SSBN-735] was extended a record 140 days due to maintenance issues on another submarine,” he noted.

“Sequestration is the real threat to the long-term capability of the Navy,” Tofalo said, arguing that the Navy actually needs a larger budget to afford the Ohio Replacement on top of the conventional fleet.

Since the Ohios can’t last any longer, and the very expensive Ohio Replacements can’t arrive any earlier, why not let the SSBN fleet shrink? Dovish Democrats have proposed exactly that, with Sen. Edward Markey and Rep. Earl Blumenauer reintroducing legislation that would cap the fleet at eight (as well as deferring a new bomber and nuclear missiles).

“We have to cover two oceans at once and all of the targets that go with each of these oceans,” Tofalo said. “Our SSBN force size is driven basically by three things: geography, survivability, and target coverage. Note that I did not say the words, ‘number of warheads.'” Putting the same number of warheads on a smaller number of submarines might be cheaper, but it doesn’t give you the same coverage, because each sub on patrol can only hit targets so far away. Deterrence derives from the number of targets you can threaten, not the number of times you can make the rubble bounce by striking the same target with multiple warheads.

Since the first generation of SSBNs, “we have wrung out every ounce of efficiency on this program,” he said. “We have gone from 41 SSBNs to 18 SSBNs to 14 SSBNs, and now we are headed to a force of 12.” It’s possible to get down from 14 Ohios today to 12 Ohio Replacements because the new subs will have 42-year reactor cores that don’t require elaborate refueling at mid-life, he said, and that alone saves $40 billion over the program’s life. But even Ohio Replacements will need maintenance, and the Navy needs 12 to keep 10 operational at all times — the minimum strategists consider necessary.