No More ‘Playing Defense’ For US Navy; Offensive Weapons Are The Play 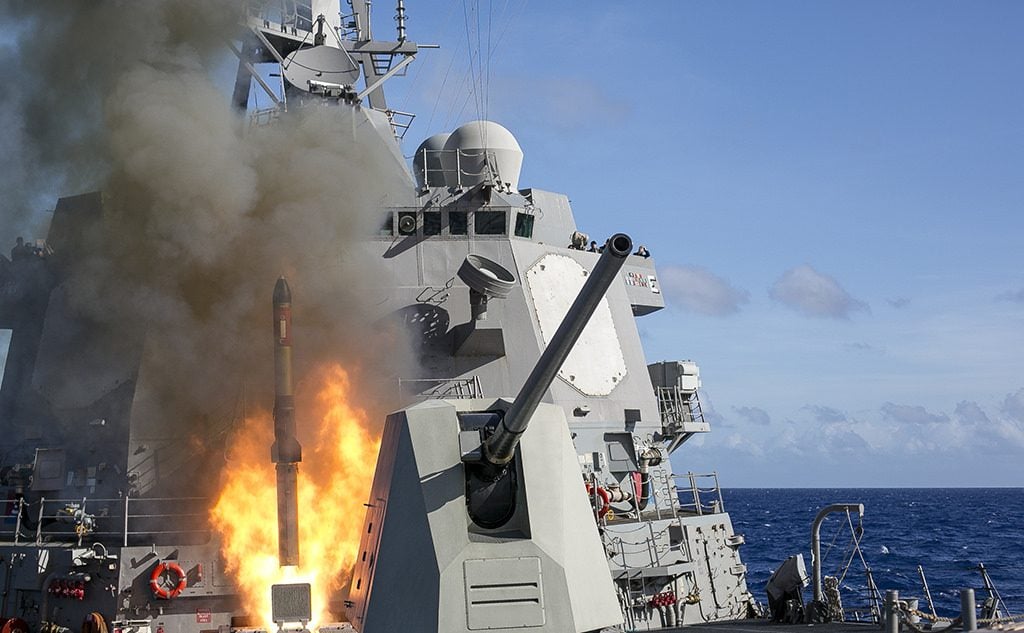 USS Mustin launches an anti-submarine rocket during a live-fire exercise.

SAN DIEGO: The Navy is shifting the focus of its surface and submarine fleets from defending against missile attacks to developing new weapons and tactics that prioritize hitting first and fast, service leaders said Wednesday.

“We’ve spent a lot of time over the past years playing defense,” Rear Adm. Ronald Boxall, director of surface warfare, said at the West 2019 conference here. “Waiting for them to come to you, waiting for the missile to come, for the airplane to come. The best defense is a good offense, and the idea that we will go after the threat — at range — is something that we have to be able to do.”

The admiral’s comments come as the Navy — and the Pentagon — braces to meet the new challenges presented by modern Chinese surface ships, submarines, and aircraft in the Pacific, and similar, if far fewer, Russian assets in the waters around Europe and the Arctic.

One of the changes in recent years is the presence of the growing Chinese fleet, which keeps a close on on what the Americans are doing, and where they’re going. Every time a US ship travels in the western Pacific, “we have a dance partner,” said Vice Adm. John Alexander, commander of Third Fleet, referencing the Chinese warships and aircraft that shadow American vessels. 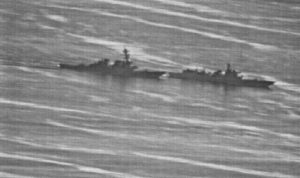 A Chinese destroyer, the Lanzhou, pulls in front of the destroyer USS Decatur in the South China Sea. China claims much of the sea and the resources below, but the US, its allies, and an international tribunal have all rejected the Chinese claim.

While those encounters are generally professional, more concerning are Chinese medium to long-range missiles that can reach out to hit US bases and ships in the region. Beijing is also speeding ahead with with tests of hypersonic ballistic missiles, which would be difficult to track and shoot down before they hit a US ship or bases in Japan, Guam and Okinawa.

Last month, a Chinese government-run newspaper made huge waves when it claimed the PLA was ready to deploy its “ship killer” DF-26 intermediate range ballistic missile which is thought to have a range of roughly 2,400 miles. In December, Chinese Rear Admiral Lou Yuan told an audience that disputes in the South China Sea could be solved by sinking two US aircraft carriers. 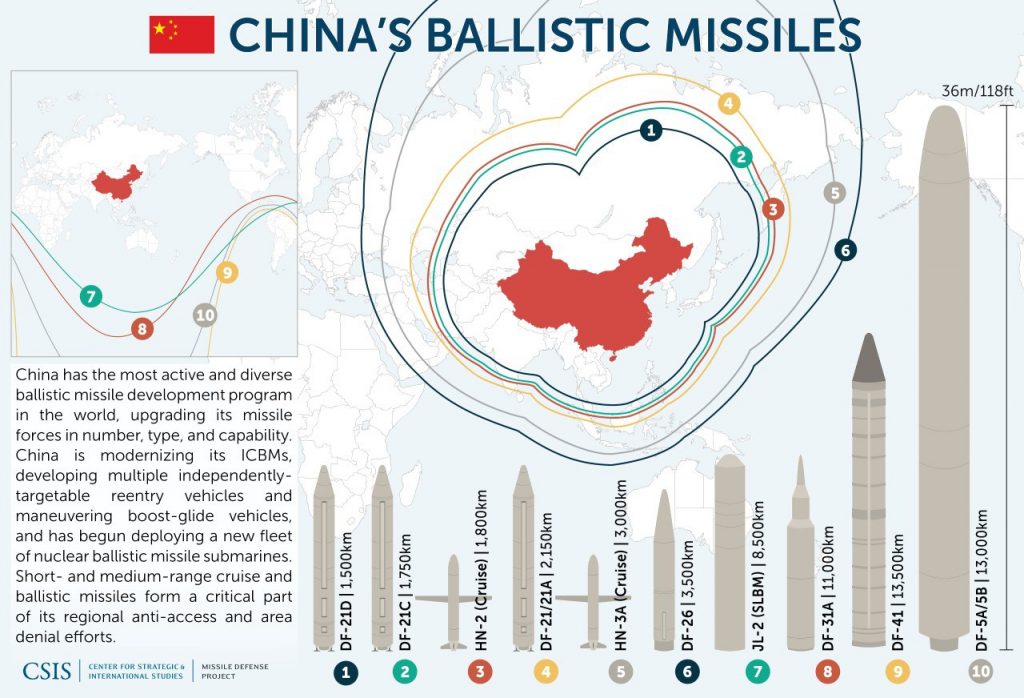 Testifying before Congress on Tuesday, Indo-Pacific Command chief Adm. Phillip Davidson told senators that “developing and fielding advanced munitions is a critical component” to challenging Chinese threats. He added that he is most interested in innovations in heavy-weight torpedo technology which can “provide force-multiplying effects that currently do not exist, including long-range in-port or at-sea attack and shallow water covert mine laying.”

Boxall delivered the same message to Navy colleagues and defense industry execs on Wednesday, saying “we need to go after offensive [weapons] to prevent us from being in a position where we go broke playing defense when in fact we can significantly improve our own position though an aggressive offensive posture.”

The Navy already expects to put the anti-ship Naval Strike Missile aboard vessels later this year, and the submarine force is bringing the Harpoon missile back into play after more than a decade without it.

Sitting alongside Boxall on the dias was commander of the Pacific Fleet’s submarine force, Rear Adm. Daryl Caudle, who said he wants to “extend well beyond” the capabilities of the Tomahawk Land Attack Missile being used on his subs. Until industry can develop a missile that can fly farther and faster than the TLAM, Caudle’s subs will start packing the Harpoon, for which Boeing is already working on a bevy of upgrades to increase precision and range. 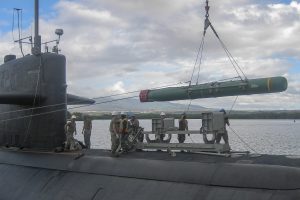 Sailors load a Harpoon anti-ship missile aboard the USS Olympia.

Given the ranges of Chinese missiles, “we made a decision that we still needed a little more standoff capability” Caudle added, agreeing with his fellow admirals that the time to play defense was over.

Among “the blurry lines of the different phases of conflict..the submarine force, we are going to be a force that seizes the initiative,” he pledged. The Navy has already instituted new training methods for its submarine commanders to ensure they’re more combat ready, and “we have shifted underway periods to be high-end combat operations. Instead of doing a lot of peacetime, shallow water [maneuvers] and ISR stuff, it’s all about combat.”