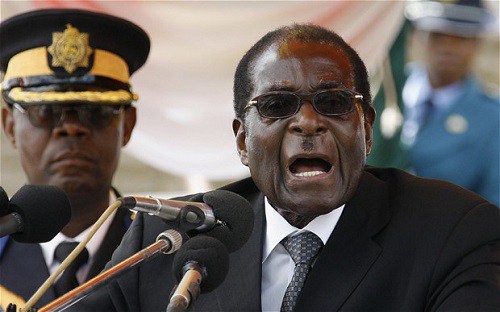 WASHINGTON: While it’s too early to say conclusively that the terror, fear, corruption and brutality of the Robert Mugabe regime is at an end, the coup in Zimbabwe offers a chance to highlight how important a role North Korea has played in keeping the old man in power.

It’s true. I miss the massive adrenaline rush of covering a coup, having had the raw luck of being on the ground to cover the toppling of Jaafar Nimeiri in Sudan and Milton Obote in Uganda (he is believed to have killed more people than the celebrated Idi Amin). And those who’ve seen them up close know there is a ridiculously standard playbook for a coup. Line up supporters. Make sure your guys have guns and the other guys are locked down or at least don’t have the mobility and weapons to fight back. Capture the main broadcast centers. Issue standard reassurance that everything is fine — we’re just fixing the country. Limit travel to and within the capital. Try hard not to kill any senior people on the other side because you may need them later on.

The Zimbabwean military have followed the playbook perfectly, so far. Their addition of the line that “this isn’t a coup” adds a frisson of unreality to the whole thing and probably helps to disarm some who might otherwise oppose a coup.

The tragedy of Zimbabwe is a simple one. Mugabe, 93, began his time in office as a magnanimous winner, encouraging the opposition regardless of color to stay and build what for a time was, arguably, Africa’s most successful country. Then Mugabe, increasingly acting as the seemingly inevitable Bwana Mkubwa (big man in Swahili), reached out to North Korea for help destroying his opposition. 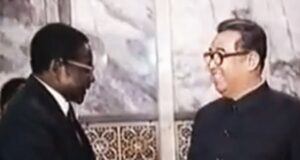 North Korea trained Zimbabwe’s infamous Fifth Brigade, infamous for murder and mayhem until it was disbanded in 1988. The brigade reported directly to Mugabe and was not part of the regular military. North Korea was reportedly granted access to Zimbabwe’s uranium deposits, though it’s awfully difficult to confirm whether any yellow cake ever travelled from Zimbabwe to the Hermit Kingdom.

But Mugabe has maintained friendly ties with North Korea, and with its leaders, for decades. A UN body recently investigated Zimbabwe for violating sanctions against trade with North Korea. And Zim wasn’t the only Southern African country dallying with North Korea. Pressured by the UN, Namibia announced June 2016 it would drop contracts with two North Korean companies building military facilities in the sparsely populated but mineral-rich country formerly controlled by South Africa.

Zimbabwe is well worth paying close attention to because of the potentially destabilizing effects of its internal turmoil on its neighbors. South Africa, the continent’s economic behemoth, has extremely close trade and personal ties to Zimbabwe, as do Namibia, Mozambique, Botswana and Zambia. Many Zimbabweans have traditionally worked in South Africa’s crucial diamond and gold mines. Zimbabwe possesses its own platinum and diamond mines and offers some of Africa’s potentially most productive agriculture.

Mugabe is alive and confined to his house, South Africa’s corrupt President Jacob Zuma said earlier today after reportedly speaking with his colleague.

South Africa’s Minister of Defense Nosiviwe Mapisa-Nqakula‚ and its minister of State Security, Bongani Bongo‚ are on their way to Zimbabwe “to meet with President Robert Mugabe and the Zimbabwean Defence Force,” according to colleagues at the (South African) Times. Zuma made the announcement acting as chairperson of the Southern African Development Community (SADC), the region’s unique multinational organization.

Sadly, Mugabe has come close to destroying his country — economically, socially and politically — time and again. He gave sanctuary and succor to Mengistu Haile Mariam, former leader of Ethiopia and one of the continent’s worst tyrants. Mengistu was sentenced to death by an international tribunal in 2008 for genocide. Mugabe, who has looted and murdered and crippled his own country, may be in for some of the same. Where will the two tyrants flee to — North Korea?

I reported for the Voice of America, Australian Broadcasting Corporation and Christian Science Monitor from Nairobi from early 1985 until I was expelled from Kenya in 1988 for my human rights reporting.