Norway May Pull Out of JSF If No Missile Deal 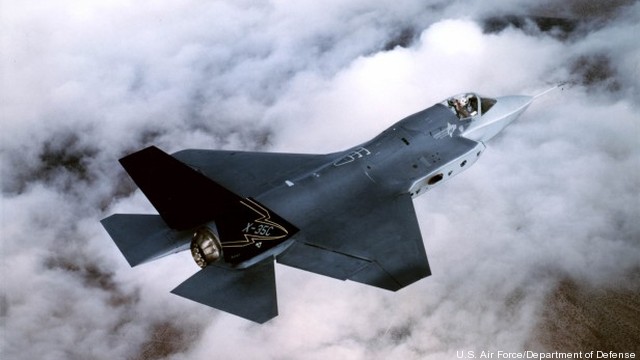 Washington: Norway is threatening to delay its buy of F-35 Joint Strike Fighters if DoD decides not to support a new missile system built by one of the country’s top defense firms.

Norwegian defense giant Kongsberg is pressuring the Pentagon to integrate its Joint Strike Missile for use on the F-35, indicating that Norway is ready to delay the fighter entirely if the weapon is not brought in.

During the Paris Air Show in June, Rear Adm. Arne Røksund, director of defense policy and planning for the Royal Norwegian Ministry of Defense, made it crystal clear that his country’s F-35’s would carry the JSM.

But before Norway, or any other country can field the missile, DoD must agree to partially finance the integration work needed to get the weapon to work with the fighter.

The Norwegian government has spent nearly $1 billion to develop the Joint Strike Missile, which is designed to counter land and sea-based threats — a critical requirement for the Norway’s military. Tentative plans have Norway buying up to 58 fighters for their navy and air forces, pending approval by the country’s Parliament.

A version of the missile is already in service with the Norwegian navy, Bjorn Bjune, vice president for business development at Kongsberg, told me during last week’s Air Force Association conference.

Bjune made clear that integrating the JSM into the F-35 did not mean the U.S. would be required to buy the missile for American versions of the fighter. But, he did note the JSM was the only missile that would be ready for the field by the time Norway got its first deliveries of F-35’s in 2019.

However, DoD has directed the Navy and the F-35 joint program office to run an analysis of alternatives on a potential missile system to engage those anti-surface warfare threats.

If the JPO decides to begin a new missile program to meet the anit-surface threat, work on that weapon would delay any possible delivery date to Norway by years. Even if the Navy analysis said a modified version of an existing missile can do the job, that modification effort would not be done in time to meet Norway’s 2019 deadline.

With six months to go before the Norwegian Parliament decides whether to fully commit to the JSF buy, Kongsberg claims that time is running out for DoD to make a decision on the JSM.

If Norway’s F-35s are delivered without a viable weapon to counter the surface warfare threats, then there will be no reason for Oslo to buy the fighters at this time, Bjune said.