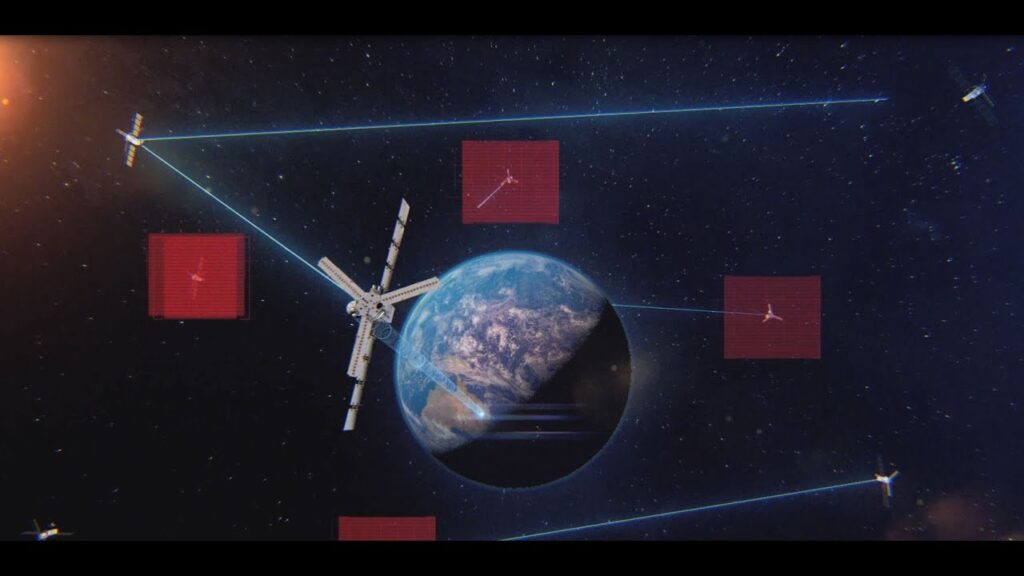 PARIS AIR SHOW: Lockheed Martin and subcontractor Raytheon are keeping calm and carrying on toward their original schedules for the next milestone in development of the Air Force’s next generation missile warning satellites — despite funding turmoil on Capitol Hill.

“Clearly we have to be agile,” said Rick Ambrose, Lockheed’s executive vice president for space, told reporters here today with a chuckle. But obviously, he added, “resources and budgets are critical” to the Next Generation Overhead Persistent Infrared (Next-Gen OPIR) program remaining on schedule.

“We constantly work funding drills with Lockheed; then they do it with the Air Force,” Wallis Laughrey, vice president of Space Systems at Raytheon Space and Airborne Systems, said in an interview today. “We’re still consistently moving towards the dates that we had worked out with them a year-plus or so ago. It hasn’t really affected us much.”

Next-Gen OPIR is a crucial test of the Air Force’s drive to build complex satellites much faster than is the current standard. Recently departed Air Force Secretary Heather Wilson took a deep personal interest in the program, as does the current head of Air Force acquisition, Will Roper.

The Next-Gen OPIR constellation — designed to replace the long-troubled but now widely acclaimed Space Based Infrared System (SBIRS) missile warning constellation — is to consist of five satellites: three in Geosynchronous Orbit (GEO) and two in a polar orbit. Lockheed Martin is the prime contractor for the GEO satellites, the first of which is known as Block 0 GEO; Northrop Grumman (which did not participate in the Air Show this week) is the prime for the polar orbiting satellites. Raytheon was chosen in 2018 by Lockheed as one of two subcontractors for the advanced sensor suites on the GEO satellites, along with a team comprising Northrop Grumman and Ball Aerospace.

Up to now, the Air Force had planned Critical Design Review (CDR) of the advanced sensor payloads for the first of the GEO satellites for 2020, with an aim to fly in 2025. However, this schedule was based on both its fiscal year 2020 funding request of $1.4 billion, and reprogramming of $632 million into the Next-Gen OPIR budget this year. Congress, however, has moved to cut funds — and is expressing concern that the program is being pushed too far, too fast.

The House Appropriations Committee (HAC) on May 21 set a ceiling of $1.395 billion for Next-Gen OPIR, a cut of almost $202 million to the Air Force’s $1.4 billion request. The House appropriators also restricted spending on the program to no more than 50 percent of the total until the Pentagon’s new Space Development Agency (SDA) and the Air Force providing Congress with a detailed blueprint of how they will coordinate on space systems research, development and procurement and parcel out oversight of new programs. The House Armed Services Committee cut $376.4 million from the Air Force’s request. Likewise, the Senate Armed Services Committee in its 2020 NDAA bill also set a funding ceiling of $1.395; with the Senate appropriators yet to act.

Ambrose said that despite the budget uncertainty, “Right now we haven’t changed anything in the program rhythm. We’re moving to the schedule as promised … to hit that (CDR) milestone.” He added that Lockheed is working with the Air Force now to nail down plans, with the Air Force in turn scheduling meetings on Capitol Hill in the next few weeks to work the funding issue. “But as long as we get the minimum funding we need we can hold schedule,” he said.