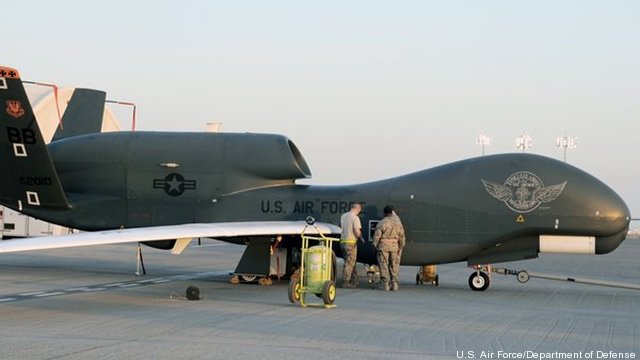 Washington: The Pentagon is hoping that a newly-revised price estimate will be the key to locking in a deal to sell the Global Hawk to the South Korean military.

DoD plans to ship over that new estimate to Seoul within weeks, according to industry officials familiar with the program. Recent estimates by DoD have put the price tag on the sale near $795 million.

While the final figures on the new cost proposal are still in flux, the revised number will be “more realistic” and eliminate “some factors that where there were some uncertainties” voiced by American and South Korean negotiators, one official said.

Earlier this week, South Korea threatened to walk away from the deal, claiming the United States was gouging the price for the unmanned aerial systems by doubling the initial $400 million price tag.

Citing unnamed government officials, reports in the Korean press alleged DoD was using the handover of U.S. military operations on the peninsula to South Korea set for 2015, as leverage to increase the price for the Global Hawks.

While that kind of rhetoric did not doom the deal, it did make the situation “fragile right now,” the official said.

“There is a lot of boiling water . . .but things will settle down,” the official added, noting the new DoD estimate will go a long way to calming the situation down.

But the tense situation between Seoul and Washington is mostly South Korea’s doing, the second official said.

The cost increase, the second official claimed, was due to South Korea tacking on additional amenities to the Global Hawk buy.

In 2009, South Korea agreed to a basic package of airframes and associated ground control and support systems package, which totaled out to $400 million. However, as talks proceeded, Seoul pressed for more — specifically in the areas of maintenance and spare parts.

“The scope has been increasing all along the way,” the source said. That increase is “a typical Korean maneuver” that has been used in past arms negotiations with the Asian nation, the first official added.

On top of that, the requirements South Korea sent to Washington for the planes were so vague, DoD could not put together a clear picture of what those requirements would cost.

As a result, the Pentagon was forced to overestimate the cost of those requirements, to make sure there would be enough money to do the work, the second official said.

With the new DoD price proposal, many of those additional requests and vague requirements “may be negotiated” out, which should leave the South Korean military with a plane they can afford, the first official said.

“They will come to an equilibrium [and] cooler heads will prevail,” the first official added. “This is good for both governments.”

If the U.S. and South Korea can finalize the deal for the Global Hawks, it could be the first of many that could be struck with a number of other countries in the Pacific.

The Japanese and the Australians have already expressed interest in buying the Global Hawk and its sea-based cousin, the Broad-Area Maritime Surveillance drone being built for the U.S. Navy by Northrop Grumman.