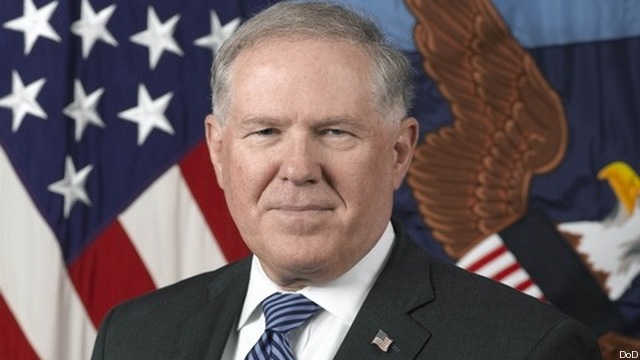 DSAN DIEGO: The day after an election should be about hope. It should be — except maybe for the losers — a time to celebrate possibilities.

Well, so much for the couple of hours of slumbering hope we all had after going to bed late last night.

Frank Kendall, the head of Pentagon acquisition, threw cold water — “I would be quite surprised if there was willingness” by both parties — on the quietly discussed chance that GOP majorities in the Senate and House would push for an end to the automatic budget cuts known as sequestration.

“Sequestration,” the undersecretary of Defense for acquisition, technology and logistics said, “has become a useful lever…. to force deficit reduction,” he noted. Although he’s a Democrat serving a Democratic president, Kendall said “it’s frustrating” to watch Congress “basically hold the discretionary spending at risk when it’s the entitlement programs that are growing at rates which are not sustainable — Social Security, Medicare, Medicaid and so on — and ultimately perhaps the interest on the debt.”

Those, he reminded the audience at a Navy League breakfast, “are the things we need to do something about.” Bottom line: “I would say I would be quite surprised if there was willingness in both parties to tackle those over the next two years.” Kendall did add he’d be “delighted” if Congress would do something.

I ran Kendall’s comment by Pentagon budget uber guru Todd Harrison. The Center for Strategic and Budgetary Analysis analyst pointed out the sad truth that Congress must pass another law to undo sequestration. That, of course. means both chambers must pass it and the president must sign it. Todd wasn’t exactly pessimistic, but… 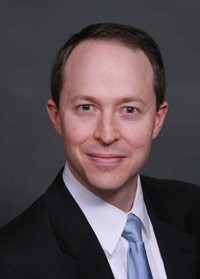 “So the first question we should be asking is, can the GOP rally its members to actually pass such a piece of legislation in both chambers? That has proven especially difficult since they’ve had a majority in the House.

“The second question we should be asking is, if the Republicans pass something, will President Obama use his veto pen to block it? So far the President has indicated the only way he would agree to lift the BCA budget caps is if [the deal] is balanced between defense and non-defense, which is not likely to be what the Republicans would send to his desk. But right now Obama is on track to have the fewest vetos of any two-term president since Monroe. So I’m not sure he would actually veto something that gets to his desk, even if he doesn’t like the deal.”

UPDATE BEGINS: Mackenzie Eaglen, defense analyst at the American Enterprise Institute, was more optimistic than Harrison but she focused on a tactical deal, not the sort of grand fix to lift sequestration.

“Kendall is right on the fact that there is no grand bargain coming during the Obama presidency, period. That is a well-established fact at this point and not a new observation,” Mackenzie says in an email. “What he’s missing, however, is the fact that the next Congress is just as likely as the last to work quickly to identify and pass a mini-budget deal like the Ryan-Murray plan of two years ago to soften sequestration’s full impact on the Defense Department next year.” UPDATE ENDS

In what I think is an interesting insight not heard before, Kendall also said this morning that the great “miscalculation” of the Budget Control Act — which sets the budget caps and is the legal mechanism for the sequester — was its assumption that defense hawks were dominant in the GOP. But, as we’ve seen over the last two years at least, it’s been the deficit hawks who dominate. With the demise of many of the more extreme elements in the GOP this election, perhaps that will shift?

Sydney attended this morning’s breakfast. I wrote the story.