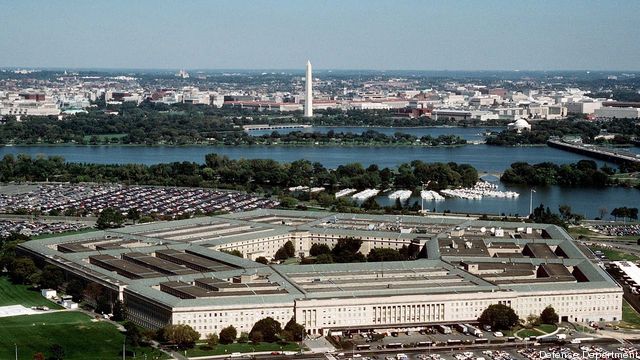 Washington: A senior defense official sent Congress a very clear message today: you can do what you want, but lawmakers should raise taxes and cut Social Security and other entitlements before imposing any reducing Pentagon spending beyond the $350 billion mandated in the debt deal.

“I would expect them to focus on entitlement and taxes,” the senior defense official said, talking to reporters about the Super Congress, as the 12 members of the budget cutting committee are sometimes known. The Budget Relief Act gives those 12 people the authority to make $1.5 trillion in additional federal budget cuts. “I would hope they would not make further cuts in defense,” the official added. Pressed by reporters at a Pentagon briefing on whether pursuing tax increases and cutting entitlements was the department’s policy, the official did not demure.

Although the senior official professed not to want to “scare the heck out of our employees” he raised the specter of massive civilian furloughs of at least “thousands” and deep program cuts should the Super Congress not do its job.

That would lead to automatic cuts to the Pentagon of $50 billion to $60 billion a year which the defense official said would be “clearly unacceptable.” But that, hopefully, won’t happen. “I think in one fashion or another we will come to terms, the official said.

The Pentagon’s budget troops aren’t even planning for such cuts, the official said noting that they would be massive cuts with very little notice.

The bottom line, at this point, is that the Defense Department thinks it can handle the $325 billion in cuts mandated by the Budget Control Act. For those who are paying really close attention, you’ll note that this is smaller than the $350 billion over 10 years stated in the bill for all national security spending. That’s because the other $25 billion will come out of the hides of the departments of State and Homeland Security and the Veterans Administration.

“I think we’ve fully met this goal,” the official said, adding later in the briefing that specific program cuts have not yet been identified since the budget process still proceeds and won’t be finished til just around Christmas. But you can bet there’s one or more of those wonderful “pre-decisional” lists or Power Point presentations sitting on the desks of a few senior defense officials.

It’s awfully clever of the Pentagon to hammer out its position now, before the members of the panel have been named. It’s hard for Congress to react when they don’t know who should be doing the talking.