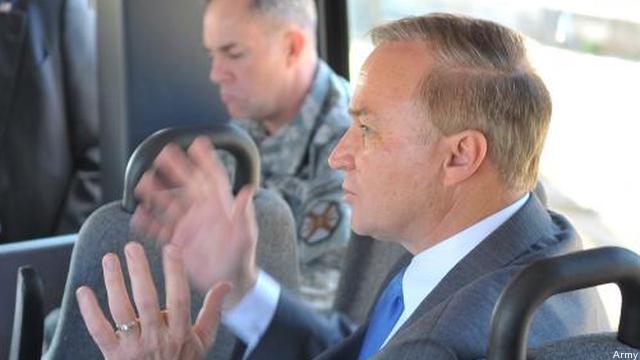 CAPITOL HILL: As predicted, House Seapower subcommittee chairman Randy Forbes was swift to slam the Navy’s 2017 budget request. I asked him about the Navy’s proposals to deactivate a carrier air wing, sideline seven Ticonderoga-class cruisers, and replace the UCLASS drone program with a drone fuel tanker with “limited strike” capabilities, CBARS. Here’s what the fiery Republican had to say: 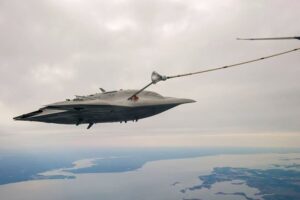 The X-47B drone plugs into an aerial refueling tanker for the first time.

On the budget overall: “The Obama administration has sent over another budget request that fails to fully fund our military and forces the armed services to make unacceptable tradeoffs. Although I am generally pleased to see increased investment in some of the high-end capabilities that I have been championing for years, I am concerned by the proposed force structure cuts, including $7 billion in cuts to Navy ships and personnel. President Obama has forced our armed services to choose between capability and capacity, but the undeniable reality is that our military needs more of both.  It is now up to Congress to correct these errors and place our national security on a stronger footing.” 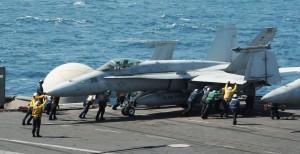 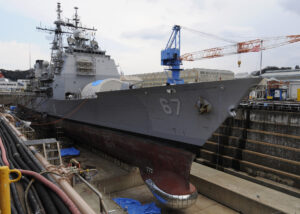 A Navy Aegis cruiser in drydock for maintenance

On taking seven cruisers out of service for modernization: “I am concerned about the overall size of the fleet and our ability to generate sufficient presence and surge capacity.  I am particularly bothered that it seems that the Navy is being forced once again to lay up half its cruisers, breaking faith with Congress and depriving the fleet of air and missile defense capacity that is going to be in more demand than ever.”

On UCLASS to CBARS: “Unmanned aircraft have the potential to fill several different capability gaps in the carrier air wing.  I continue to believe that the carrier air wing’s most glaring capability gap is its lack of long-range penetrating strike, although an alternative to ‘buddy tanking’ [i.e. where one fighter refuels another] is clearly also needed.  I look forward to examining the scenarios and analysis driving these programmatic decisions, and will continue pressing the Navy to fully harness the incredible potential of unmanned technology.”

So on that last item, the Carrier-Based Aerial Refueling System (CBARS), Rep. Forbes looks like he might give the administration the benefit of the doubt. On toplines, cruisers, and carrier air wings? The battle’s on. Stay tuned for tomorrow, when Forbes holds a hearing on the future of carrier aviation with independent experts.