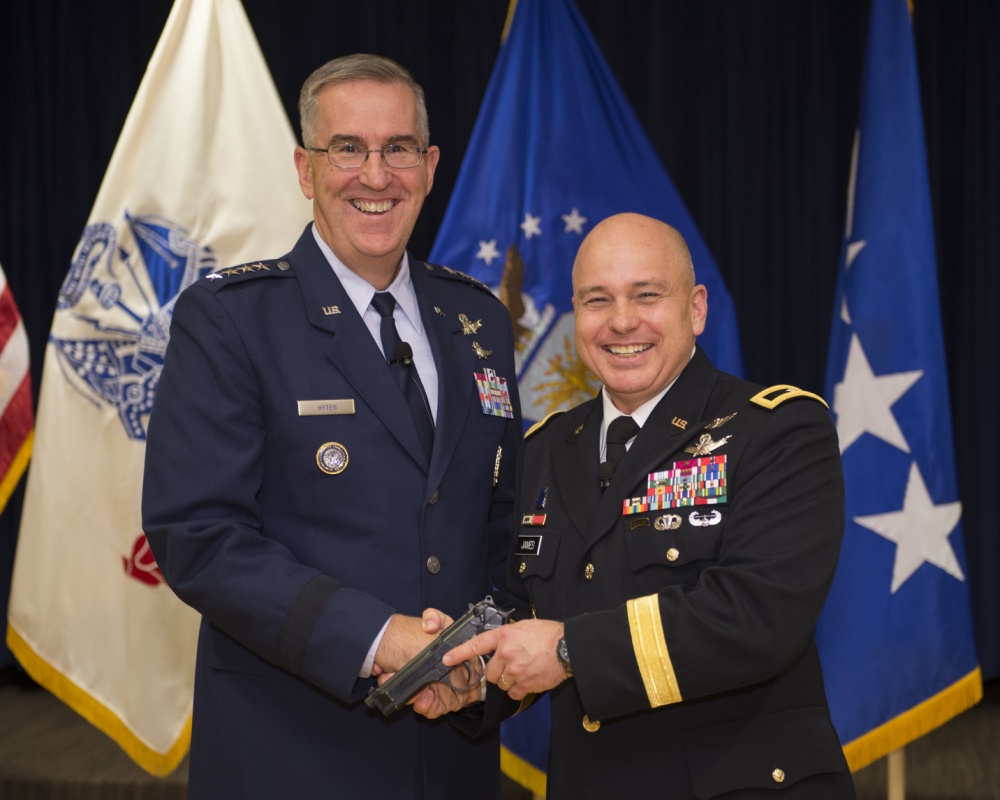 SPACE AND MISSILE DEFENSE SYMPOSIUM: Ensuring satellite communications work during war and figuring out how to coordinate defensive and offensive space (and cyber) operations with regional combatant commanders will be the top challenges as Strategic Command and Space Commands transition, senior military leaders here in Huntsville say.

Brig. Gen. Tom James, director of operations and exercises at the Joint Force Space Component Command, said satellite communications are so important to the warfighter that one of the first actions taken by Space Command (SPACECOM) will be the creation of a so-called SATCOM Integrated Operations Division.

He told the Space and Missile Defense Symposium yesterday afternoon that the new division “look across global satcom requirements” and study “plans for satcom support for geographical combatant commands,” in order to “look for gaps,” assess threats (such as adversary jammers) and figure out how to “fight through” a degraded space environment.

Overall, the SATCOM Division will “own the mission of understanding what capabilities we have, and what capabilities we need to fill gaps to be able to ensure that we have satellite communications that can fight through what we see as a significant growing threat … in the future,” he said.

The new division also will figure out how to “allocate the bandwidth across wideband and narrowband satellite systems in conjunction with geographical combatant J-6s (responsible for Command, Control, Communication, and Computers, C4),” he added.

Wideband satellites provide most US military communications, primarily through the Wideband Global SATCOM (WGS) satellites built by Boeing. “The WGS constellation supports transmission of sensor and full-motion video data from piloted aircraft via X-band and Ka-band frequencies,” according to Boeing. In a surprise move, Congress in 2018 extended the program by adding $600 million to the Air Force budget for Boeing to produce the 11th and 12th satellites. WGS 10 was launched in March. In April, Boeing received a contract modification that pumped $605 million into production of the 11th satellite.

Narrowband communication is used by every combatant command, aboard ships at sea and multiple aircraft platforms, and solidiers on the ground. The Navy has been the primary user of narrowband communications and in the past has been in charge of acquiring military Ultra-High Frequency (UHF) satellites. The current program, the upgraded Mobile User Objective System UHF constellation of five satellites, is expected to be fully operational in 2020, according to the Navy’s April Selected Acquisition Report. In May, the Navy decided to relinquish its management of future UHF narrowband communications systems to the Air Force.

While the plan for the new SATCOM division “is just now in its infancy,” James said that because of its importance it may well reach initial operating capability (IOC) before SPACECOM itself — perhaps within the next 12 months.”

Currently, the DoD plan is to standup SPACECOM by early September. Military leaders expect it to take about two years for the new combatant command to reach IOC.

“We need resilient and redundant capabilities in space,” stressed STRATCOM’s Maj. Gen. Rick Evans, because adversaries “are building weapons to negate our advantages; our systems must be able to fight through those attacks and continue their mission.”

In addition, SPACECOM will need “rapid reconstitution capability,” he said. “If we start losing satellites due to conflict, we cannot afford to wait five years to get a new satellite.”

Another major challenge for both STRATCOM and SPACECOM is “normalizing the way we, in the military, operate in space, and cyber for that matter,” he said. “It’s nearly impossible to integrate space and cyber if we continue to treat them differently from air, land and sea domains by stovepiping, compartmentalizing and holding (command) authorities at very high levels.”

Finally, Evans said we need “releasable capabilities” — that is, publicly talk about US space systems which are traditionally classified or little discussed — and what they can do. “Deterrence only works if we can communicate our capabilities, and we must tell our adversaries what we have waiting if they choose to cross a red line.”