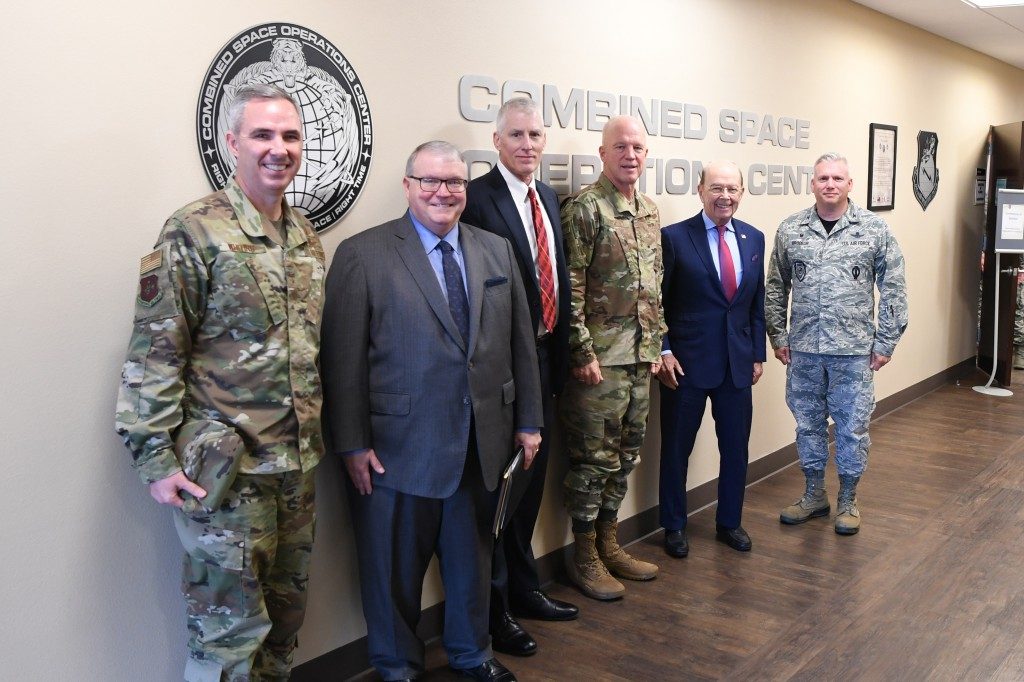 The new Office of Space Commerce  is led by Kevin O’Connell. The Trump Administration’s June 2018 Space Policy Directive-3 (SPD-3) National Space Traffic Management Policy mandates that Commerce take over civil/commercial space situational awareness (SSA) responsibilities from the Air Force’s 18th Space Control Squadron and regulate new types of space activities such as satellite servicing. It also has been given presidential authority to review US orbital debris mitigation practices followed by all space operators –including the US military.

The industry debate is sharpening as a plethora of organizations and companies respond to Commerce’s April 11 Request for Information (RFI) on commercial capabilities for SSA and space traffic management (STM) services. The RFI, which asks for comments by May 13, asks for comments/recommendations on three baskets of issues:

Basket B is the area where Commerce is most likely to view new rules as necessary, despite the White House’s focus on de-regulation of space and in favor of voluntary industry standards. This is because of widespread concern among satellite operators and space scientists that many of the mega-constellations being initiated for LEO are being designed with a five-year planned obsolescence. That means the build up of non-operational satellites (space junk, really) could be exponential, given that some commercial companies, such as SpaceX and OneWeb, are planning constellations with more than 1,000 satellites. Further, the number of tiny satellites (such as the 10X10X10 Cubesats) that are difficult to detect and track with current SSA sensors is growing rapidly as space startup firms scramble to the market.

The question of collision avoidance and debris mitigation is a sticky issue for the Trump White House, as a turf battle rumbles on between Commerce and the Federal Communications Commission (FCC). The FCC oversees licensing of communications satellites and spacecraft access to radio-frequency spectrum — an authority that SPD-3 left in place. However, SPD-3 gives Commerce the lead in reviewing and possibly changing US regs requiring space operators to follow certain debris mitigation rules — a lead FCC blithely trampled by launching its own review (complete with an extremely detailed Federal Register request for industry comments) of orbital debris mitigation guidelines in November 2018. Commerce Department chief Wilbur Ross is said to be furious with FCC Chairman Ajit Pai for the move; indeed, I have been told that the National Space Council leadership is none too pleased either.

Industry sources say tracking/ID beacons, propulsion units for satellites orbiting about 600 kilometers and a reduction in the long-standing 25-year-rule for de-orbiting dead spacecraft are all finding widespread support in industry. “Stealth satellites should remain in the realm of science fiction,” says Andrew D’Uva, chairman of Providence Access Company and a long-time Space Data Association officer. “All commercial, civil/academic satellites should have means, such as beacons, that are designed to allow the satellites to be readily tracked and uniquely identified even if they ‘fail’ and become a piece of orbital space debris on launch,” he told me in an email.

“There is general agreement on the need to lower the 25-year-rule,” explained another industry representative — even if there is not yet a widespread consensus on exactly what the age-limit for non-functional satellites should be before they either de-orbit naturally or are actively de-orbited.satellites.

But despite this widespread concern, experienced industry watchers worry that new space players still believe that regulation is “a four letter word,” as one expert put it. One problem, this source said, is that companies planning mega-constellations see their satellites as expendable and are not taking into account the long-term affect on the satellite environment. They’re operating with a Silicon Valley mindset of fixing any problems that arise after the fact so they can rush cost-competitive services to market.

That attitude is dangerous, the expert told me, because “one crash at the wrong geometry” in a heavily congested LEO environment could make it extremely difficult for satellites to operate in certain useful orbital trajectories.

Another expert likewise bemoaned that he is becoming resigned to the view that there will be no appetite from the commercial and academic space communities to “embrace new or enhanced regulation approaches: they will make the familiar cost and operational impact arguments.”

As for Commerce’s mandate to take over DoD’s civil and commercial SSA data gathering, dissemination and collision warning responsibilities, industry experts say the department should be careful not to reinvent the wheel — because there are growing commercial capabilities available for all these missions.

Brian Weeden, technical adviser at the Secure World Foundation who also is helping manage DARPA’s CONFERS effort to develop standards for satellite servicing operations, told me he is glad “the Trump Administration is reaching out to industry on this topic.” He explains: “Over the last few years commercial SSA capabilities have greatly expanded and could probably accomplish a lot of the civil SSA and STM mission.

In fact, the Space Data Association already gathers and collates inputs on the whereabouts of satellites from their operators, and issues its members warnings of possible collisions. It works with Analytical Graphics Inc. (AGI), which markets a service called ComSpOC to provide ‘bespoke’ SSA data, analysis and collision warning to operators. Even some academic institutions have launched efforts to develop methodologies for integrating space observation data from a variety of sources, such as the University of Texas at Austin’s Astriagraph. Astriagraph furthermore is using an open-source architecture that could serve as a model for Commerce’s own efforts to develop such an architecture.

A big problem, however, is that Commerce’s RFI “seems to be going back over ground that was already covered by FAA/AST (the Federal Aviation Administration’s Office of Commercial Space Transportation) at the end of the Obama Administration and doesn’t yet seem to be moving further,” Weeden says.

The Obama administration originally had tapped FAA/AST — that continues to regulate space launch and re-entry — to take over the civil/commercial SSA authority, and the FAA undertook foundational work to sketch out how the transition from the Pentagon would take place during the 2015-2018 timeframe.

Weeden notes that: “We still have yet to see Congress buying into the idea of Commerce taking on this role, let alone providing the funding to make it happen. And I am still concerned that the failures to improve the military SSA systems are going to be an albatross on Commerce’s efforts as the DoD is still supposed to maintain the so-called ‘authoritative catalog’.”

Another industry representative said that while “it’s clear that senior leaders realize that simply changing the phone number from DoD to DoC for conjunction assessments won’t achieve much, budget is a big question.” Funding for Commerce will be complicated partly because DoD needs to continue its SSA mission and won’t be transferring any money to DoC.

DoD leaders have in fact been pushing for several years (under both Obama and Trump) to offload the commercial SSA mission for a number of years; however there remain those (mostly on the intel side of the house) who are loathe to give up any modicum of control over classification of SSA data, according to DoD and industry sources. This is despite the fact that the current SSA system has struggled with updating its computers and software to actually be able to ingest data from new sensors and to integrate military and Intelligence Community analyses, as thoroughly reported by my colleague, Colin.

But Congress may actually be the biggest barrier to Commerce moving forward. Thus far, the issue seems to be caught up in a battle between between Democrats (who have been supporting FAA and its parent Transportation Dept.) and Republicans (who support Commerce) about which agency is best suited. So far, the 166th Congress has yet to address the issue.